Get In Shape? No Sweat for Centenarian Fitness Instructor 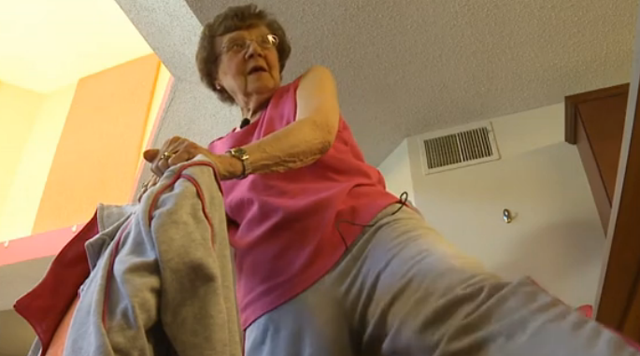 A Minnesota woman celebrated her 100th birthday in early January, surrounded by friends at the seniors residence where she lives.

In fact, if you were to do a Google search for the phrase “age is nothing but a number,” I’m pretty certain Lauretta Taggart’s face would pop up on your screen.

“Moderation, attitude, gratitude … that’s it,” the newly minted centenarian told USA Today when asked about her secret to staying in shape. “Just do the best you can, and then you don’t have to apologize to anybody. Even if you didn’t do it right, you did the best you could.”

Multiple accounts of the St. Paul native’s birthday milestone note that she enjoys using websites such as Amazon.com and Facebook – as if those two activities are something of an achievement for a 100-year-old (don’t they know that Facebook’s already gone grey?). Taggart herself, however, proves that she’s anything but an out-of-touch senior, presiding over fitness classes and teaching exercise routines to a room full of fellow retirees of all ages and abilities.

And speaking of going grey, Jana Kyser, the manager of Riverview Highlands, Taggart’s residence, noted, “She is amazing. I asked what she attributes such a long life to … she said an attitude of gratitude – and, honey, don’t ever let your hair go grey.

“She is the epitome of the long, healthy life,” Kyser continued. “Virtue, honesty, so many character qualities are just exemplified. She’s a part of bringing this community together.”