A Sudbury Senior’s Close Encounter with a Black Bear 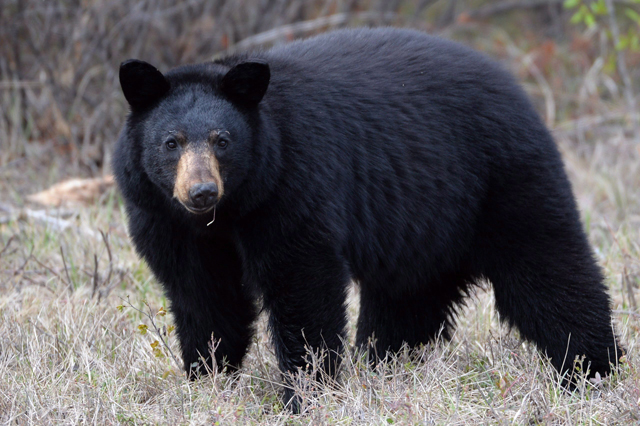 A 61-year-old Sudbury, Ont. man is lucky to be alive after an encounter with a black bear around Lake Panache.

According to CBC, Rick Nelson, a former bear hunter, unexpectedly came upon a bear cub in the brush while walking his dog. As you might expect, the cub’s mother wasn’t far behind. Before he could get away, the black bear momma was upon him, all 300 pounds of her up on her hind legs.

For the record, when encountering a situation like this Parks Canada recommends that you, “play dead (lie on your stomach with your legs apart; protect your face, the back of your head and neck with your arms; remain silent; and if wearing a pack, leave it on for protection). Remember: such attacks are rare despite the much more common aggressive displays without contact by black bears. The bear will leave you alone once it believes the threat is passed.”

In addition, Bearsmart.com says, “The closer you are to the bear when it becomes aware of you, the more likely it is to react defensively… In this situation, the bear doesn’t want to fight any more that you do. It is simply trying to communicate that you are too close. Try to appear non-threatening by remaining still and calm. Ready your bear spray by removing the safety lock. Speak in an appeasing voice and back away, increasing your distance from the bear. Leave the area immediately.”

Nelson, however, took a different tact. A former boxing trainee, he threw a punch and the bear swung back, leaving gashes across his face, arm and torso. Nelson took a second swing and hit the bear in the nose. At that point he says the cub began to walk away and, after a moment, the mother decided to follow.

Nelson’s defense certainly wasn’t the ideal way to handle the situation, though he’s happy that he and his dog are alive. And he wants to make sure that black bears aren’t vilified by situations like this.

“Black bears really aren’t dangerous unless you have a cub involved,” he told CBC. “So sometimes black bears get a really bad rap. Probably they’re more afraid of you and [me], than we are of them.”