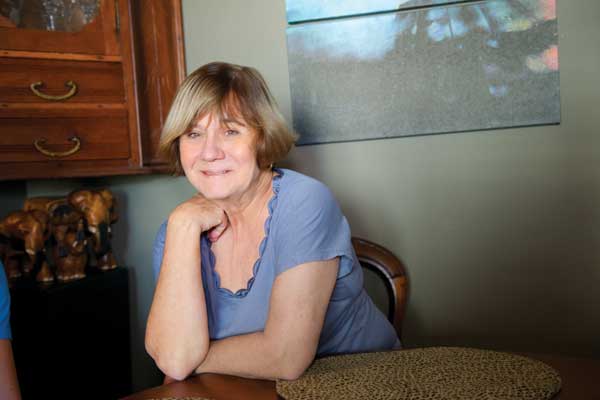 My friends Susan and Allan of Oakville, Ont., had to change their plans to sell their four-bedroom home and move to a condominium last fall. Their 34-year-old son lost his job and asked to move back in until he secured a new position. His return wasn’t enough to change their lifestyle plans, but the fact that he was also bringing his wife and two small children under the age of three certainly did.

“A few months later, we would have been living in a two-bedroom condominium, and it wouldn’t have been possible,” says Allan. “I suppose the timing for this was fortunate, at least for them.”

It changed more than their plans to move. They had been looking forward to enjoying the use of the equity in their home to top up their retirement income as well as the reduced costs of living in a smaller home. “I was really happy at the thought of giving up shovelling snow and cutting grass,” says Allan. “Susan and I wondered if the kids would be able to come to our rescue if our retirement income wasn’t sufficient to keep us going.”

With the economic downturn, 35 per cent of grandparents in Canada are now living in shared homes with their children or grandchildren and are the financial providers. Certainly, there is an upside to the situation, with adult kids being able to regroup while having the support of their parents. For grandparents, it’s a great opportunity to bond with grandchildren.

But these new living arrangements change the financial landscape for everyone, including the retirement plans of the older generation.

“Before the move, there should be an honest conversation about who pays for what,” says Dr. R.C. Dubuc, a human resources specialist in Ottawa. “If they are unable to pay for anything financially, that poses a problem, but if they can contribute in any small way, let them.”

Many grandparents help out financially in normal circumstances with big expenses such as tuition and a down payment on a house. But those are short-term or single-time incidents. When this little family moves in, the end is not so much in sight, and the novelty of even spoiling the grandchildren can wear off quickly.

It’s important to have that conversation regarding expenses and for both sides to be frank about money and how much adult children can contribute. They may have to be willing to give up summer camp for the children as well as their own social events such as movies and dinners out. They should, if possible, contribute to groceries or the larger electricity or heating bill their presence will mean. There should also be a conversation about a commitment for paying back any substantial handouts once grown children are on their feet again.

“Our son and his wife really had little money to contribute to the household expenses,” explains Susan, “but our son took over the outdoor maintenance work and our daughter-in-law took over cooking dinner every night, so while it didn’t pay the bills, their help gave Allan and me a nice break.”

Another problem is the potential resentment of other siblings in the family for this “hand up” in hard times. Children, even as adults, want to be treated equally and may be mentally calculating the benefits received by the child who has moved back home.

“Our daughter did mention a feeling of resentment when her brother and his family moved back home,” Allan admits. “We had to reassure her that we would do the same for her under similar circumstances. But at some point when life returns to normal, Susan and I are considering paying for a nice trip for our daughter and her family to compensate her and keep the peace.”

Above all, it’s important to guard your own financial security. If you’re on an inflexible budget, it’s important to tell adult children they’re welcome to move back but, other than providing a place to live, you’re not able to support them financially.

BONNIE BAKER COWAN IS THE GRANDMOTHER OF THREE BOYS SHE ADORES AND AUTHOR OF THE JOYS OF GRANDPARENTING.