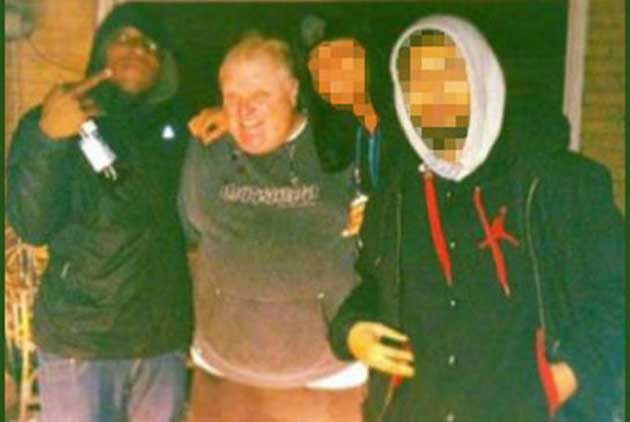 As you read this, Crackstarter is well on its way to reaching its $200,000 goal. If that sentence makes little sense to you, here’s the backstory behind the biggest news to hit Toronto since the Jays won back-to-back World Series in the 90s:

Last week the popular US blog website Gawker ran a piece detailing how its editor John Cook traveled to Toronto and met with Somali drug dealers who showed video of Toronto mayor Rob Ford smoking crack cocaine. Two Toronto Star investigative reporters also saw the same video and ran a similar report, believing it was indeed Ford smoking the potent street drug while making homophobic and racist remarks. In both cases, the crack dealers have tried to peddle the bombshell video for a tidy six-figure sum but were rejected by both Gawker and The Star. Showing street savvy, the dealers themselves rejected a $40,000 offer from an unidentified “Canadian organization” according to Cook.

With Gawker being Gawker, however, the blog launched a clever idea: raise the $200k ransom publicly, through the crowd-funding website, Indiegogo. The resulting campaign, cheekily called Crackstarter, has been a powerful display of viral financing as well as foreshadowing of what Journalism 2.0 might look like.

Now that the $200k is within striking distance, this situation has become trickier — to the extent the drug dealers have apparently gone AWOL since last Sunday. Apart from personal safety, the challenge for the drug dealers, as pointed out in this Toronto Star report, is how to collect the funds once the Crackstarter goal is reached. As the Star article rightly points out, “anything above $10,000 (cash or equivalent, like cashier’s cheque) does have to be declared, though. It’s part of Canada’s surveillance of financing of terrorism or organized crime.”

And as a recent National Post article points out: “the purchase of the video itself isn’t illegal, but if the recipient — the details of which must be known for wire transfers and other electronic transactions — is a known criminal and shows up on a list of suspects or suspicious individuals, it will be reported to FINTRAC in Canada or FINCEN in the U.S.”

Given that Toronto Police have already said they are monitoring the situation closely, the Somali drug dealers-turned-videographers are likely shaking in their boots. Thanks to the magic of the internet, however, there is a fairly easy way to transfer the funds without generating much attention or effort. Here’s how:

Download the video from the iPhone to a PC or Mac. iPhoto is probably the easiest way for Mac users to pull the video. With Windows Vista, 7 & 8, your PC will automatically detect the iPhone and you just need to follow these steps.

Password protect the file using a simple archiving program like WinZip or Stuffit. Be sure to choose the strongest level of encryption the app offers (ie 512-bit RC4 encryption) and give the file an obscure name like 300eDLL_311.zip.

Be sure to set up the file location as publicly accessible and jot down its web link. This link is what would be sent to Gawker as part of the transaction.

Both parties should then open  anonymous  accounts at an international Bitcoin exchange like Japan’s Mt.Gox. Once Gawker receives the link to the video (and password) from the Somali dealers, they would then send $200k in Bitcoin currency to the peddlers who can then  transfer it to their bank account. The entire process is fairly anonymous and less likely to trigger unwanted attention. In the near future, such transactions will be not just anonymous but untraceable thanks to the Bitcoin add-on, Zerocoin.

Lastly, the sellers can then deny selling crack to mayor Ford and move on with their post-shady lives in western Canada.