Come for the Brand Names, Stay for the Film Festival 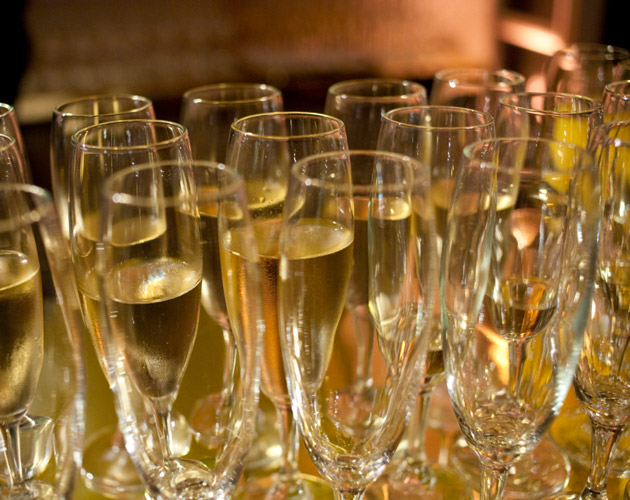 Let’s get this out of the way right off the bat: I enjoy a good TIFF (Toronto International Film Festival) party. I’m no celeb nor a famous media personality but I’ve been to a few of these shindigs and, unless this article makes the PR rounds, I’ll probably attend a few more.

First and foremost, I write about movies: the big ones, small ones, short ones, tall ones. The accompanying parties, of which I’ll attend one or two, are simply a TIFF bonus. And, let’s be perfectly honest, who am I to turn down free food and an open bar? I’m a Canadian journalist, after all, not Mother Theresa.

There’s a difference, however, between the bashes that celebrate the films and/or filmmakers or serve as charity events and the class of high-profile commercial brand galas that hijack the TIFF bandwagon to manufacture hype that has everything to do with brand awareness and promotion and little, if anything, to do with film.

In recent years, in fact, the festival has been increasingly co-opted by the big brands, who nab the TIFF spotlight by touting exclusive soirées and, often, the possibility of celeb-sightings – which are rare since they go to private dinners or the members-only Soho House – while hawking their brand as the global media eat up every second of it. Want a first look at some new product? It’s at TIFF for some reason, but you’ll need an invite to get in.

It’s a far cry from TIFF’s genesis – a modest celebration of film at the Windsor Arms Hotel in the 1970s. Originally, big studios refused to even screen their films here, but those early TIFF pioneers (it was called the Festival of Festivals then) pushed forward out of a shared love of cinema. As Canadians, and especially Torontonians, we should be very proud of how far it has come.

And, truthfully, for many fans the TRUE TIFF experience still involves lining up on the sidewalk at 7 a.m. each morning for tickets to “sold-out” screenings, attending film-related events and interviews and seizing the opportunity to explore new and exciting genres or filmmakers. These are the same cinephiles who show up at the magnificent TIFF Lightbox throughout the year to enjoy any number of great films (both famous and lesser known), interactive and immersive talks and even wonderfully-curated exhibitions like last year’s Designing 007.

But now more than ever the big brands fire up the hype machine (and yes, the press often get sucked in, too) each September, often resulting in their “exclusive” events getting more attention than the brilliant indie flick by some upstart director from Moose Jaw, Sask., who scraped together her life savings and took a decade to film and finance the picture you ultimately never heard of. The movie gets a capsule review in the paper, the riff raff (a.k.a. regular folk) get crushed up against the security barricades trying to glimpse George Clooney and his lady du jour and the branded party pics of the important people (a.k.a. celebrities and their friends) get front-page coverage.

And really, are celeb-populated parties even worth the press? Some may be, but journalist Adam McDowell summed up many invitee experiences in 2010 when he noted, “You … watch for celebrities who usually show up, disappear into roped-off VIP zones and then leave a few minutes later. Sometimes you catch a glimpse of something bizarre. The other typical question is, who’s there? Zero-point-one percent celebrities, 99.9 per cent people in media-related businesses.”

Perhaps most of all, however, I cringe when I hear journalists or festival-goers discussing “survival guides” for all the parties and TIFF events. One journo in particular irked me when, at a recent film screening, she remarked that the multitude of TIFF screenings “make you want to put a bullet in your head.” My first thought: trade places with a journalist in Syria or Egypt from Sept. 5 to 15 and see which gig you prefer.

After all, you’ll be dodging real bullets when you could be sipping champagne over some shiny new video game system or luxury item and wondering where you made a wrong turn.