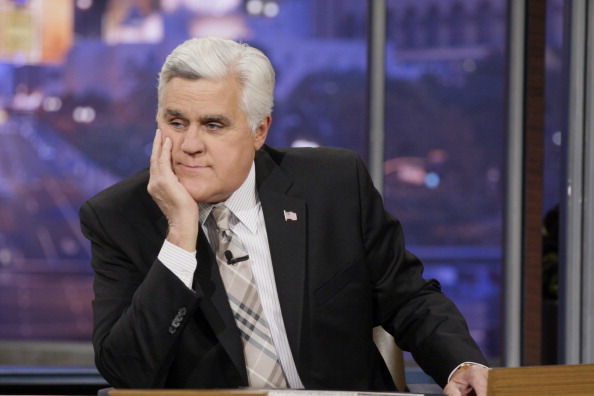 As the ol’ riff goes, “Stop me if you’ve heard this one before…” A few weeks ago I wouldn’t have hesitated to follow it up with a Jay Leno joke – you know, about how he’s already retired once from The Tonight Show, about how his legacy will largely be one of lame jokes and his ability to elevate pulling a late night talk show out from under someone into an art form. But I can’t do that today because, as he prepares to wrap up his run as Tonight Show host this evening, I actually feel bad for Jay.

I don’t mean that in a condescending sense. As much as I don’t like him as a late night host – dialing up Leno at 11:35pm is akin to walking into a 31 flavours ice cream shop and ordering vanilla – the idea that this man helmed the most prestigious late night franchise for 21 years (give or take 9 months) and is walking away with arguably one of the blandest legacies of any major talk show host in television history is mindboggling. And kind of sad.

Yes, Leno proved a ratings king in late night. Longtime rival David Letterman – though always edgier and essentially the role model for almost every late night host post-Carson – remained, for the most part, a distant second. But in 15, or 20, or 30 years, who’ll care? What kind of ratings did Steve Allen and Jack Paar do when they hosted The Tonight Show? When you reminisce about Johnny Carson, do you discuss the moments that cemented his legacy as “King of Late Night,” or talk about how he posted a 5.9 rating against the competition?

More importantly, though, the whole landscape of “late night” is changing. Dramatically. As Steve Hyden pointed out in a fantastic Grantland.com piece: “Guys like Leno are hardly seen on TV anymore. Late-night shows are experienced by most viewers the following morning via two- and three-minute bite-size pieces in people’s social media feeds. Using Nielsen ratings as a metric, The Tonight Show remains the most successful program in late night. But when was the last time you saw one of Leno’s bits retweeted into your feed? Have you ever seen one? If so, who in the hell are you following?”

In that respect, Jay’s getting out at the right time. The late night genre, thanks to the changes ushered in by the digital age, has evolved without him. Though, as much as I’m not a fan, I will admit this much – when he’s at the top of his game, he’s a funny guy. He’s also faced a lot of criticism for the reasons discussed above, and rarely shot a negative word back. For the most part he’s continued to push forward, and like him or not he did host The Tonight Show for 21 years.

But hosting The Tonight Show after Johnny Carson is like stepping up to the plate with Babe Ruth’s bat. You can swing as hard as you want, but chances are you’ll never hit the ball as hard. And as you’re trying, the rest of the league passes you by. But Leno did, at least, step up to the plate and make a run of it. That’s got to count for something.