Politics 2017: Tracking the Fortunes of Our Federal Leaders 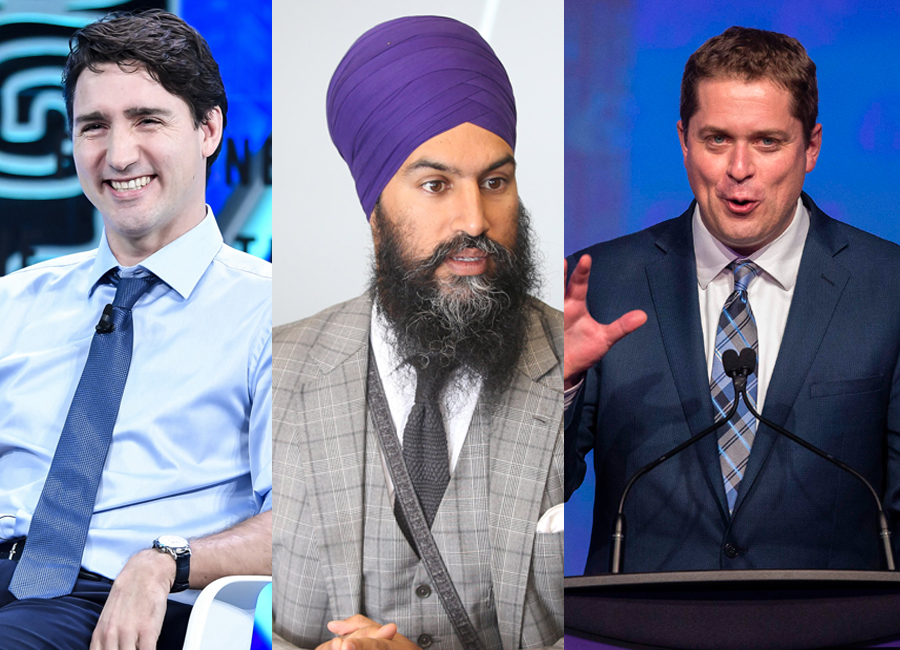 As 2017 draws to a close, we look back at the year in politics and review how our the leaders of the big three parties fared.

1. Justin Trudeau, Liberal Party
Trudeau’s rollercoaster year begins with him under fire for cash-for-access fundraisers. He puts out that fire by promising to enact legislation that will restrict the practice.

In March, Trudeau announces that marijuana will be legalized no later than July 2018. In becoming the second country to regulate weed, the federal and provincial governments have obviously have their sights set on the billions in proceeds the product generates every year.

Continuing his run as one of the world’s most popular political figures, in July he’s featured on the cover of Rolling Stone, prompting Maclean’s to list the article’s 10 most cringe-worthy lines.

Trudeau shows his loyalty by standing by Finance Minister Bill Morneau during the rough ride he received over the highly unpopular small business tax proposal as well his many ethical controversies. Ah well, if it gets, the can always escape to Morneau’s villa in France.

Trudeau announces Canada’s first ever national housing strategy for the low-income prompting praise from some quarters but criticism from those who feel big programs lead to “fiscal calamity.”

The year ends after unsuccessful trade meetings in China followed up by Asian nations in the Trans-Pacific Partnership saying they’ll go ahead and make a deal without Canada, blaming Trudeau’s no-show at a meeting in November as a determining factor.

An end-of-year Angus Reid poll shows that his popularity at home may finally be waning; his approval drops below 50 per cent for the first time since he was elected.

Worldwide, Trudeau’s popularity remains a force, Linkedin names him the world’s No. 2 top influencer. “A leader needs to be good at PR, and Trudeau definitely is,” says Linkedin.

Goal for 2018: Forget about burnishing his image and supporinting pet causes—The PM must concentrate all his and his party’s energies and resources into renegotiating the NAFTA deal.

2. Andrew Scheer, Conservative Party of Canada
In May 2017, Scheer is elected to replace Stephen Harper as leader of Conservatives on the 13th ballot. His victory catches much of the media off-guard; Maxime Bernier was the perceived favourite.

The early criticism of the new leader is that he’s drawing too much from “the Harper playbook.” Over the next few months, Scheer struggles to build his identity across the country.

In August, he makes a big statement by distancing himself form conservative website The Rebel, claiming he will refuse to give interviews until the site changes its “editorial direction.”

Because of his suburban style and down-to-earth approach, the media begins portraying Scheer as the “average guy”, a role he plays up in this ad.

Scores his first big political victory in wake of Bill Morneau’s miscues (see above). As the Liberals stumble over their small business tax plan, Scheer paints himself as the leader who will support family businesses. And, citing questionable ethics, he makes headlines calling for Morneau to resign, saying: “The finance minister isn’t competent, and he can’t follow the rules, so why is he still in cabinet?”

In October, Scheer visits The ZoomerPlex and addresses CARP’s AGM in bid to win support of older Canadians.

The Conservatives suffer a big setback in December, winning only one of four byelections. The loss in Lac-Saint-Jean (by 14%) is particularly worrying, as it may send warning signals about Scheer’s future popularity in Quebec.

Goal for 2018: Continue to build his image across Canada, which would be greatly aided if and when the party finally releases it’s policy handbook.

Singh says he hopes his victory will inspire minorities who, unitl now, don’t “see themselves reflected in government.”

Buzzfeed joins the party, dubbing him the “swaggiest politician in Canada.”

His JagMeet and Greet sessions become popular events across the country, especially among young supporters.

Singh’s star continues to shine as he wins media support for his deft handling of hecklers.

In October, the honeymoon suddenly ends. Singh criticizes Bill 62 in Quebec – the law that bans the niqab in the public sector. When previous NDP leader Tom Mulcair held a similar stance in the last federal election, it caused the party’s fortunes to crash and burn in that province.

The media start questioning why he won’t run for a seat in the House of Commons, noting that he turned down a prime opportunity in the December Scarborough, Ont., byelection.

As expected, the December byelections are unkind to the NDP, particularly in Quebec’s Lac-Saint-Jean riding where the party’s candidate garners only 11% of the votes. Singh takes ownership of the defeat, saying that before any victory is possible, he must first “win the respect of Canadians.”