Trudeau and Peoplekind: Quip or Quagmire? 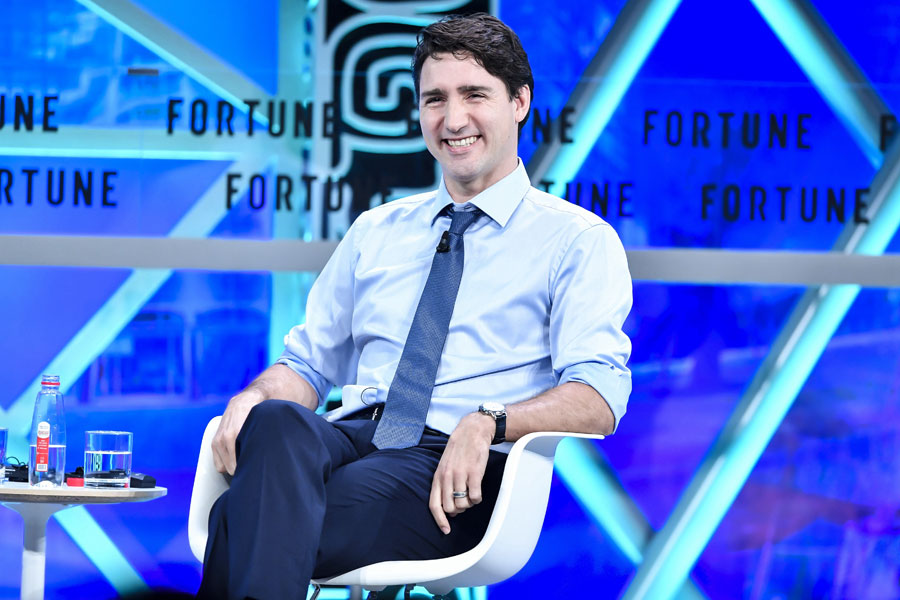 “We came here today to ask you to also look into the policies that religious charitable organizations have in our legislations, so that it can also be changed, because maternal love is the love that’s going to change the future of mankind.” — Female speaker from the World Mission Society Church of God at a Justin Trudeau Town Hall, Feb. 1

“We like to say, ‘peoplekind,’ not necessarily mankind because it’s more inclusive.” — Justin Trudeau, apparently trying to be jocular

I take you now to the year 1987, when Star Trek: The Next Generation debuted. Patrick Stewart narrated the opening, changing William Shatner’s legendary, “Where no man has gone before,” to “Where no one has gone before.”

The hot-house of anger called the internet was still more than a decade away. If anybody was roused to an apoplectic fury over the purge of the word “man” by the United Federation of Planets, it was in the comfort of his living room.

Such blowback as there was would have come in the form of angry snail-mail, which required people to stay angry long enough to write a letter, put it in an envelope, buy a stamp and find a mailbox. God only knows how many rants succumbed to this cooling-off period.

But it’s worth noting that, as far back as the ‘80s, it wasn’t outrageous to consider “man” as insufficient to the task of encompassing every man and woman in this world or any other — especially in the 24th century, when everyone from your chief medical officer to your ship’s counsellor to your security chief is female.

I’m not suggesting Prime Minister Justin Trudeau deserves a feature spot at Yuk Yuk’s, but he did get some laughs and applause at the remark. And If I’d spent as much time in Commons as he had defending the lyric change of “all thy sons command” in the national anthem (a song that, let’s face it, virtually nobody sings unless the home team pays them to), I might be inclined to make light of gender specific nouns too.

It’s interesting that many of the argu-bots on social media raging about “Prime Minister Selfie” and his political correctness are the same people who complain that nobody is allowed to make a joke anymore. Where I grew up, we called that sucking and blowing at the same time.

But the outrage machine is not to be denied. What seems innocuous in person can be massaged into grounds for a non-confidence vote and an election call by people who weren’t there and who see and hear only a few seconds of what was said.

But, hey, they’re instant experts. Which gets to the other vortex of contention from the “Peoplekind-gate” scandal. Trudeau made that comment to a woman. Ergo, he “mansplained.”

But if we accept, 31 years after Captain Picard got “woke,” that “mankind” is kind of a dated word — fair game for some kind of good-natured rebuke in conversation — does the gender of the person who said it matter?

(If it were an actual debate instead of a moment of public silliness being ginned up by pundits, you could say that it is relevant that one woman doesn’t personally have a problem with the word. But I’ll wait for the polling results before I concede a trend).

As it was first coined, “mansplaining” was actually a very useful neologism. It referred to the unfortunately common occurrence of a man having the temerity to explain some aspect of feminism to a woman. And it transcends gender issues. I’ve heard “white-splaining” and had Jewish friends complain of “goy-splaining” (non-Jews telling Jews about Jews, often in the context of debating Israel). The “splaining” part invariably involves someone who doesn’t have personal experience of a subject presuming to lecture to someone who does.

You name the subject, I’ll find you people with no practical experience who fancy themselves an expert.

On that note, I’ve come to follow a personal practice on social media. If a thread about a women’s issue has no woman chime in within five posts, I’m out. The same with Black Lives Matter, transsexuals, Muslims or any other subject that fuels the ire of aggrieved corners of the Twitterverse.

But if we’re to believe in the principles of equality, “mansplaining” shouldn’t simply mean a man disagreeing with a woman about anything. If a woman said the value of Pi was 3.12 and she was corrected by a mathematician who happened to be a man, that would not be mansplaining. That would be stating a fact.

Before accusations of sexual misconduct started knocking down public figures like ten-pins, trying to be funny was a leading cause of career death (Gilbert Gottfried, Kathy Griffin, etc).

But maybe now that actual things of importance are out in the open to address in our society, we can treat lame jokes the way they’ve always been treated and let the crickets do the talking.