Wynne to Students: Get out and Vote or Seniors Will Decide the Election 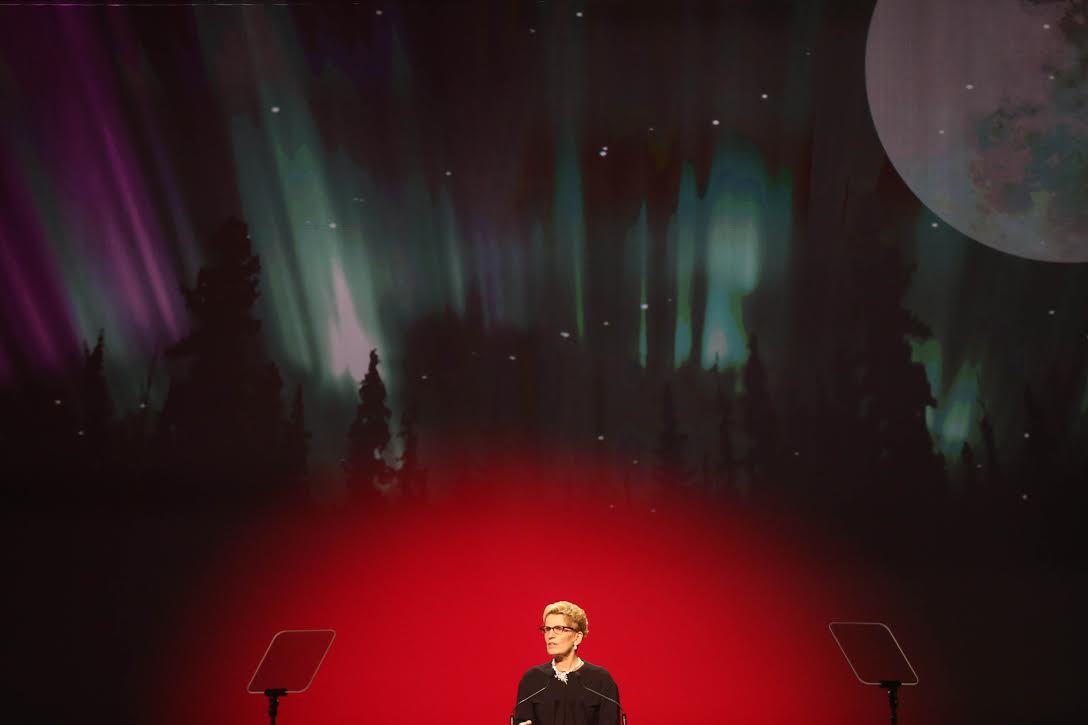 Ontario Premier Kathleen Wynne is urging young people to get out and vote or else older people will decide the election.

Speaking to students at Humber College in Toronto, Wynne was trying to convince Millennials on the importance of showing up at the ballot box. Her speech included this controversial, probably ageist, commentary (listen here):

“Most importantly, for me, is that you take part in the democratic process. The reality is that young people vote at a much, much lower rate than older people. … If you don’t vote, then someone who looks like me is going to vote. Some senior person, older than me, some white person … the reality is that that’s the demographic that’s going to get out and vote.”

So, basically, Wynne’s message to young people is: vote or old people decide the election. Behind the Progressive Conservatives in the polls and battling it out with the NDP for second place, Wynne’s Liberals are desperate for votes. Yet she’s just gone out of her way to disparage the biggest demographic out there – older voters.

For Kathleen Wynne, this hasn’t been a great start to he 2018 provincial election campaign.