#MeToo Movement: Where Do We Go From Here? 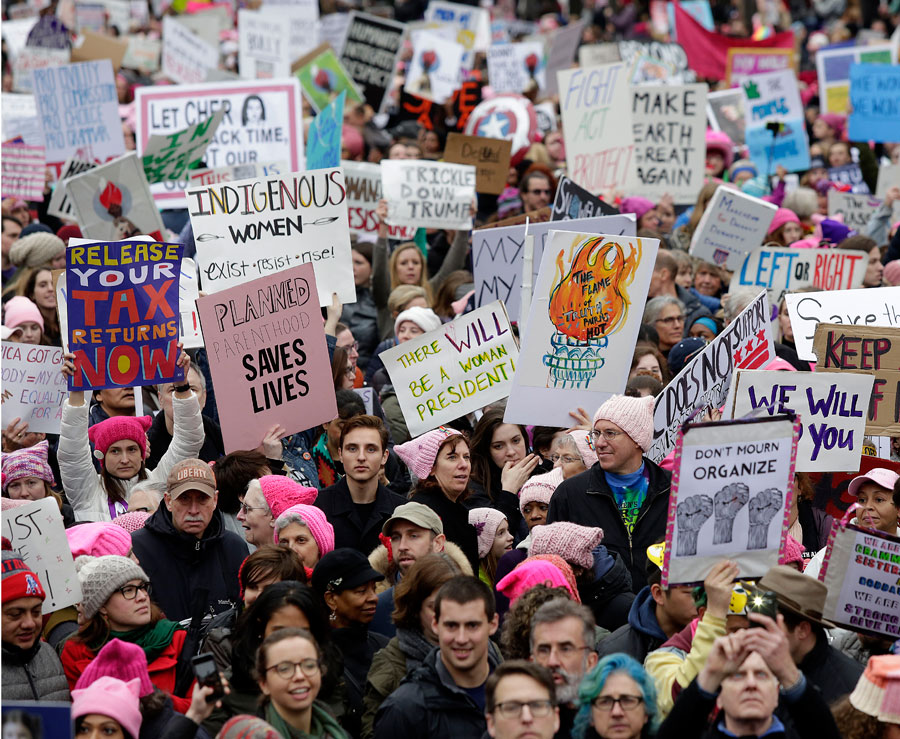 This topic is such a tricky one to address. It’s tricky because it triggers people from both sides of the movement. As a #MeToo survivor every time a woman like Dr. Ford comes forward I find myself watching the proceedings while holding my breath. Will those with the power to prosecute the accused believe the woman who has finally found her voice and is at long last coming forward? I listen to the “office cooler” chatter, of many people I know, respect, love and admire all wondering the same thing: “If this happened to her then why does she not have a solid recollection of exactly what happened to her the night of the assault?”

As a survivor, I ask the same thing. I can recall every single detail of each assault and attack that I withstood. The details are not lost on me. I can retell the story to you as if it were yesterday, and in fact, when I close my eyes, I can still see the faces of the boys who groped me. I can hear the sound of the wind outside and smell the smoke on my step grandfather’s breath. You see, although I don’t agree with Melania Trump’s proclamation that women “must have hard evidence” when presenting an assault charge, I get where she’s coming from. I understand what she’s saying, although I’m loathe to utter the words that I “agree with her” because I do not. I don’t think evidence and recollection are the same thing.

For example, recently on CBS Sunday Morning, Hilary finally addressed the question head-on, as to whether or not her husband abused his power over intern Monica Lewinsky. This particular former First Lady I do agree with, and I’m not embarrassed to put that in writing. There’s a significant difference between a girl in her twenties who is clever enough, educated at some of the best private schools, who finds herself in the middle of an affair with a married man who happened to be President, and a woman who finds herself on her back, shoved there against her will by a member of the opposite sex. Monica is not a member of my #MeToo group.

As you read this you might be wrestling with whether or not I’m a liberal hypocrite. I assure you, I am not. I believe if a woman has neither evidence or a solid recollection of the assault, then she/we are definitely fighting an uphill battle toward a conviction. I mean, I didn’t have any evidence about what happened to me, and in fact, when I finally did speak of it, many, many, MANY years later it became a huge “he said, she said” game, that quite honestly, I knew would happen, which is why I waited so long to speak of it in the first place. I mean how can we survivors not struggle with the ‘to tell or not to tell’ when staring down the barrel of stats like 1 in 10 (12 per cent) of sexual assaults reported to police actually lead to a criminal conviction, with only 7 per cent resulting in a custody sentence.  I mean with numbers like this, it’s no wonder victims are so hesitant to tell anybody what happened to them.

So now the question becomes, why would anybody lie about an assault? What is in it for the victim to create a circus around themselves, that truly has less than zero benefit to accusing? And, perhaps Dr. Ford doesn’t recall the incident exactly the way I do, or the way you might if you’re a survivor, but does that mean it didn’t happen? And does it mean that the First Lady of America should be an ally to men rather than women? As a woman is it not simply her duty to protect other women, to use her position of power and prominence to move the conversation forward in a meaningful way, where perhaps less evidence is needed to bring about an investigation, rather than requiring more?

After all, according to The National Sexual Violence Resource Center the number of false accusations is pretty low, with only 2-10 per cent of people who come forward wrongly accuse. So why on earth would any woman in her right mind want membership into that group? To gain what? Because from where I sit, there seems to be only one clear winner in the Ford vs. Kavanagh case, the one who has been appointed anyway, Kavanagh.

So, as parents what do we tell our daughters now? What do we teach our sons? Where do men, and actually, us women go from here. For a start we need to speak out; the Canadian Women’s Foundation reports that calls to the Ottawa Rape Crisis Centre have increased, and calls to some of the Alberta rape crisis centres have more than doubled. In Vancouver, the Women Against Violence Against Women Rape Crisis Centre now has an 18-month waiting list, which they didn’t before. Even in rural Ontario, the Kawartha Sexual Assault Centre say they’re receiving five times the number of calls compared to the same time last year. In the United States, the National Sexual Assault Hotline saw a 147% spike during Christine Blasey Ford’s testimony.

I believe that we need to keep pressing on, that we should continue the conversation about honouring others as we honour ourselves. Because even though Dr. Ford may have lost this round, many women before her —  all the Weinstein and Cosby women — took a win. And this is how battle goes, you win, and you lose. To ultimately win the war, that begins inside our own homes, in how we raise our future generations. We must teach our children to respect other people’s boundaries and feelings. We need to keep pressing forward even when it seems like all hope is lost and that we’re not making any headway.

We are making strides, even if right now it feels very much like two steps forward, five back, as we look around and take stock there has been a collective awakening; women are no longer tolerating and are now refusing to brush sexual harassment under the rug … and the men who would prey on them now know that ‘time’s up’ for them.

We now witness people, men and women together, unified, protesting on the streets. This is powerful.  We’ve all had enough. It is without a doubt an incredibly strong start, but it is not enough. We need more. We need more from our leaders, and the men in our lives, in our workplaces, in the world. We need more good men to get on our side. This cannot be a fight that women fight alone. We need men who would never dream of treating a woman like this ever, whether drunk or sober, old or young, to stand beside us. To say loudly and without hesitation that you believe us when we risk it all to come forward and say, “this happened to me, and that man, your friend, your comrade, your leader/boss did it to me.”

Men need to no longer align with men simply because they share a gender, a party or a company. We need support. We don’t need propping up, we don’t need saving, we simply need you good men, you men who would love, honour and respect women because we’re fellow human beings on planet Earth to speak up louder.

We need to move forward … Men need to be educated at home and at school that when a woman tells a man “NO” that that is a complete and whole answer. I envision a world where my three daughters, all in their twenties, will not need to worry about having their asses patted in their workplace. I imagine when they say “NO” to a man who holds a position of authority over them and makes unwanted advances on them, that that man will listen and respect them. I picture men and women being treated equally in our justice system, in our corporations and in our daily interactions.

They use their voices and their male privilege to make the world a safer place for women, not because they have a mother, or love their wives or are raising daughters. But that they do this simply because women are human beings deserving of the same respect that men are handed for simply being male.

And to all the men who are reading this, who already live this way, who do use their voice to stop abuse before it begins, or who are in a position to hire women for high level jobs, and do hire them, giving us equal pay for equal work. I thank you. I thank you for being trailblazers. I thank you for understanding that we are not the weaker sex meant to be taken advantage of, toyed with, or kept down, but that we are fellow human beings worthy of all the same privileges that men receive. We are all one, we are all worthy, and we are all in this thing called life together so that my daughters, and your daughters, don’t have to continue fighting a battle that should have been won many years ago.