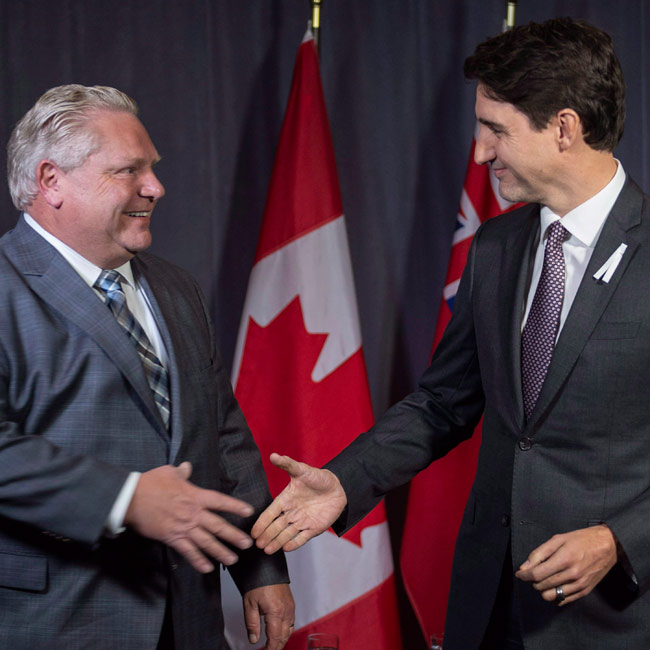 The good news is that the First Ministers Meeting wrapped up in Montreal on Friday without Doug Ford storming out. The bad news is that there was not a lot accomplished at the annual meeting between Prime Minister Justin Trudeau and the premiers and territorial leaders of Canada.

Despite earlier saying that the meeting was “fantastic,” Ford disagreed with Trudeau on carbon tax. Ford tweeted: “Justin Trudeau has moved the goalpost, creating uncertainty for Ontario manufacturing jobs.”

We knew going in that Friday’s meeting was going to be more than a just a photo-op for Prime Minister Justin Trudeau and the provincial and territorial leaders of Canada.

It goes without saying that there is an increasingly acrimonious relationship between the Liberal government and some of the provinces amid growing tensions on how the government is handling the carbon tax as well as growing economic challenges.

In the days leading up to the annual meeting, the first ministers came loaded with concerns and a laundry list of items they wanted to discuss with the Prime Minister and key cabinet ministers.

For Alberta Premier Rachel Notley, the main issue was low oil prices, which are having a hugely negative effect on her province. She called the struggles faced by the oil industry, “the single most important economic issue facing the country.”

Ahead of the meeting, Ontario Premier Doug Ford threatened he would walk out unless his concerns — like carbon tax, steel tariffs and jobs — made it to the agenda. And Quebec Premier Francois Legault felt the key item should be federal compensation for the cost of processing thousands of asylum seekers who are crossing illegally into his province. However, perhaps the fact that the expected acrimony didn’t flare up may be a good sign that the premiers are willing to work with the federal government to solve the big challenges going forward.