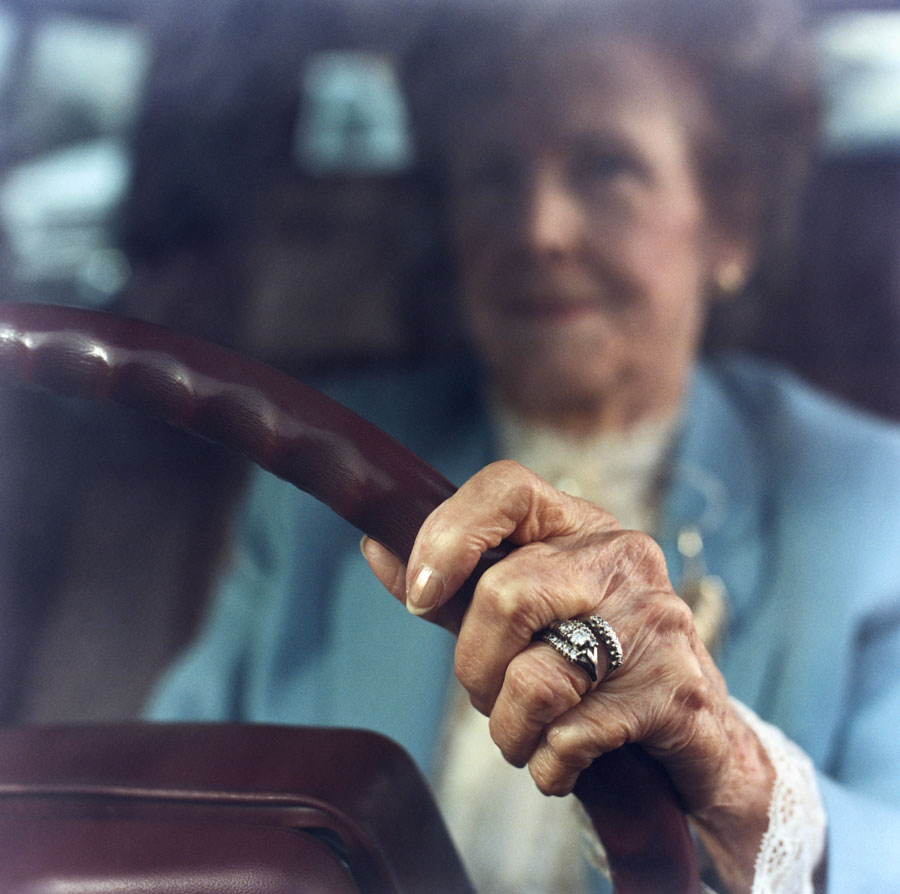 Prince Philip’s terrifying car crash this week – he flipped his SUV near Sandringham, the Queen’s country estate in eastern England – has raised questions about why the 97-year-old was driving in the first place, even though reports say the accident was caused by blinding sunlight and could have happened to anyone. Here, we look at how to have difficult conversations with loved ones about senior driving and other thorny issues.

Recognize the signs, have the conversation and avoid a family rift.

Long before my mother fell backwards down the stairs and broke her arm, I remember the first time my sister and I tried to sit down with my parents to discuss their living arrangements moving forward. To us adult kids, many of the amenities that had prompted my parents to purchase our family home back in 1969 had turned against them: the big backyard and spacious layout meant too much work; the raised front porch and finished basement meant too many stairs.

Even its location, nestled in a subdivision ideal for raising children, was becoming problematic. Situated a few miles from the nearest grocery store, our church, my parents’ bank and the city’s downtown core, it was walking distance to nowhere. Alarmingly, my father had begun to show signs of early dementia so we knew he wouldn’t be driving for much longer, and my mom, a woman of her times and, as such, burdened with the bulk of the household chores, could hardly manage to also play chauffeur.

RELATED: Moses’ Zoomer Philosophy: The End of the Road

And so, armed with good intentions, lawn care and senior-resident brochures, we sat down with Mom and Dad to voice our concerns. Surely our brilliant insights and offers to help would be met with appreciation, and we would leave the kitchen table basking in a parental approval glow.

“How did that work out for you?” Dr. Doug Saunders, principal and head psychologist of Clear Path Solutions, a psychology practice in Toronto, drolled when, during a recent interview, I told him of the scenario.

“Not well,” I confessed.

Ten minutes in, and it was as if the whole fam-damily had become encapsulated in a time machine that hurtled us back decades to some family dinner gone wrong with Mom and Dad fuming and treating us like insolent little children and we kids unwittingly reverting to our childhood personas.
Blame it on family socialization, said Saunders. “Each person in a family develops a role to play, and we immediately fall into those roles because they were well conditioned over the years. We’ve known for a long time that those roles contribute to homeostasis.”

That tendency to resist change in order to keep a stable, constant environment is not only the psychology behind this family dynamic but also contributes to the larger issue here — older adults’ resistance to do anything that challenges the status quo.

“People in their 70s and 80s are very aware that they are losing control of their life and are sensitive to any threat to remove the control they do have.” Anything then, from little things like paying an outsider to cut the grass to the significant changes such as selling their home, can be perceived as a threat.

This sense of threat can be heightened when multiple family members encircle. Would it have been better if only one of us had approached our parents?

Saunders didn’t give a straight-out thumbs-up to that but instead pointed out that every family unit is different. “Each family has its own idiosyncratic dynamic, which is important to consider when determining who or what combination of people should be involved.”

In any case, he added, it is often difficult for older parents to be able to accept that their children are adults now, even if they intellectually know it. It might be useful then, he suggested, to have someone from outside of the family at the table – a pastor, family doctor or someone else your parents trust and can “hear” differently.

Or you can bring in a professional.

A few numbers from the folks at Statistics Canada: In 2016, there were 770,780 people aged 85 and over living in Canada representing 13 per cent of the population that is 65-plus. From 2011 to 2016, the number of people 85 and over grew 19.4 per cent, nearly four times the rate for the overall Canadian population.

Not surprisingly then, a growing number of organizations and private companies related to senior support services are emerging as our nation’s population ages.

Lori Germain is the president and co-founder of Discerning Seniors, a concierge and planning service, based in Toronto but accessible nationwide. She and her team source products, services and experiences for seniors, everything from snow removal, pet care and home renovations to legal, real estate and health-care services to technology-related instruction such as teaching older adults how to use an iPad.

Among the company’s offerings is help with what Germain dubs The Talk. “If in the past, the talk was an awkward conversation parents had with their children about sex, today, the more awkward conversation will be the one you’ll have with your parents around lifestyle changes brought on by aging,” Germain says.

Start small, she advises. For example, instead of buying the usual birthday gifts — more slippers for mom, another tie for dad — give gift certificates for services that will make their lives easier from lawn care to meal kits and position it as a treat. Instead of talking about the safety of senior residence bathrooms, bring up the wisdom of a bar in their own tub.

“Bring up things that don’t seem like a big deal. Think adjustments versus changes.” She stresses, too, that as difficult as it may be, talking with aging parents about their future plans before something bad happens is critical. Otherwise, a sudden crisis can lead to an over-burdened public health-care system stepping in, which often results in your mom or dad being placed in a long-term care facility if there is no alternative plan in place. “The most common crisis is a fall stemming from weakness, balance issues, memory problems, a heart attack or stroke and resulting in a severe injury such as a broken hip.”

Her team takes a proactive approach. You can’t really fight aging, says Germain. “You can look good and feel good, but you have to embrace it. We tell senior clients aging does happen to you. It’s something you’re doing. So do it right. You need support to help you remain independent.”

I smile when I hear Germain’s words. I can so clearly see her “pull-yourself-up-by-your-bootstraps” approach resonating with my father, who is of a generation that equates asking for assistance as a sign of weakness.

Conversely, as Germain points out, today’s boomers have little to no outsourcing shame. Indeed, for most of us, bringing in help is more of a matter of budget than bootstraps.

But with or without a professional at the table, when is the right time to have the talk?

“You know your parents so when you notice the first thing is off, take the initiative. But it can’t be a one-time thing. You begin with the little stuff, and it grows. It’s an ongoing conversation.”

One topic of conversation that holds more urgency is the issue of driving and when it’s time for your parents to hang up their car keys. According to Susan Sofer, a Montreal-based occupational therapist and certified driver rehabilitation specialist (CDRS), this is one of the most contentious talks you can have. “The person who tells someone that they shouldn’t be driving any longer is the person they’re never going to want to see again,” says Sofer.

“Many seniors see it as an attack on their independence and self-esteem.”

To avoid a family riff, one solution is to outsource the task to companies such as Sofer’s Autonomy Community Therapy (ACT) , which offers driver training but also in-office and on-road assessment. That way, if the assessment doesn’t go well, someone outside of the family and who has the training, not to mention credibility, of a professional can deliver what is likely going to be perceived as bad news. The time to suggest an assessment is the moment you, as a passenger, notice your parent’s driving skills are slipping. ACT is an authorized DriveABLE Centre in Montreal. For other licenced sites, go to driveable.com.

Things to look for include: your parent making an error but being unaware of the mistake; driving slower than they used to; getting honked at; lane wandering or straddling; missing traffic signs or stopping at a green light; confusing the break and gas pedals; and getting lost. “Check for unexplained dings or dents on their vehicle,” Sofer advises.

Although my family didn’t have access to a full-service agency and we were often left scrambling, we did manage to convince our parents to get a few services in. Sadly, my father was hospitalized in the months before he died, and my mom, after several visits and much encouragement and support from family and friends, moved into a nearby senior residence where she is doing well and living independently today. A few summers ago, of her own volition, she gave up her car.

If the process of looking after the very people who have always looked after you seems unnatural, not to worry, this is natural, experts say. “Parenting your parents is difficult,” says Germain. “It feels like it shouldn’t happen … but it does.”