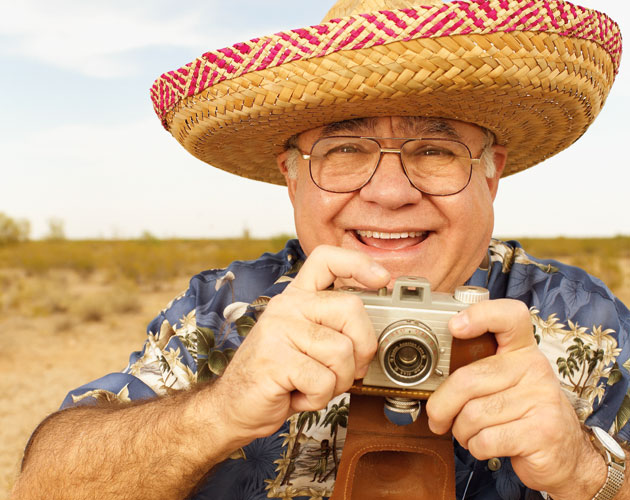 Tired of the usual southern reprieve? Here, some exotic destinations for you to consider flying away to this winter.

1. “February and March in the Algarve for us,” says Linda Anderson of Charlottetown. Touristy in summer, the Algarve, Portugal, gives way to a more relaxed winter ambiance, a time when prices drop but the weather stays spring-like all season, and there are lots of Canadian ex-pats to chum with.

2. Southern Spain dodges winter and is to northern European jubilados (retirees) what Florida is to Canadians. According to the National Association of Baby Boomer Women’s website (nabbw.com), a two-bedroom apartment in Torre Del Mar can be had for about 450 euros a month (C$666).

3. Speaking of the Mediterranean, how about Italy’s Sicily? It can get cooler in winter but typically along the coast it’s more spring-like and, according to Longtermlettings.com, one-bedroom condos can be had in towns like the ancient harbour city of Messina for less than 400 euros (C$600).

4. B.C.-based travel writers Irene and Rick Butler recommend Loja, a picturesque town in southern Ecuador known for its colonial architecture as well as its vibrant cultural and musical scenes. Real estate prices range from about US$50,000 for basic accommodation to US$100,000 for spacious apartments with views of the city. Apartment rentals run from as low as US$300 a month.

5. Following the recent peace accord, Colombia is likely to become increasingly popular as a snowbird destination. The country is already well known among retirees for its high-quality low-cost health-care system and all-round affordability. But research carefully; crime is a problem in many urban centres.

6. Not every winter traveller is looking for warm weather when they head south. Skiers skip right over the Sun Belt and head for the resorts of Chile, including Valle Nevado, Portillo, La Parva, and El Colorado. It’s a long way to go, but prices are lower when you get there and lift lineups are virtually unheard of. And when the ski legs tire, there’s always wine country to explore. Salut!

7. Gary and Larke Newell of Nanaimo, B.C., bought a home on a quarter-acre lot surrounded by lush trees in the Chiriqui region of Panama for a quarter of what a similar home would have cost them where they live on Vancouver Island, says Gary. “It’s situated in a small, quiet, safe Panamanian community, and we love it. Our neighbours have accepted us graciously and have been helpful and kind.”

8. “Mexico is the best for us; safe, warm, beautiful,” says Ottawa’s Heather Borquez. “We’re about two hours north of Cabo on the azure and magical Sea of Cortes.” Bonus reason: Mexico doesn’t kick you out after six months like they do in the United States!

9. Canadians have maintained a soft spot for Cuba over the years, and its visitor infrastructure is likely to evolve rapidly, thanks to the recent rapprochement with the United States. At this time, however, it remains somewhat rustic outside established resorts and the capital of Havana. It helps to speak Spanish and have a more adventurous attitude. Cubacasas.net has a good English-language website with information on regions and rental opportunities within them.

10. Alice Ducharme of Victoria recommends—wait for it—Victoria, B.C. “We don’t get as much rain as Vancouver, we rarely get snow and we even have palm trees.” Explore long-term accommodation options by Googling “extended stay hotel + Victoria”; lots of area hotels offer monthly room rates during the winter.

A version of this article appeared in the November 2016 issue with the headline, “10 Alternative Snowbird Destinations”, p. 76-77.