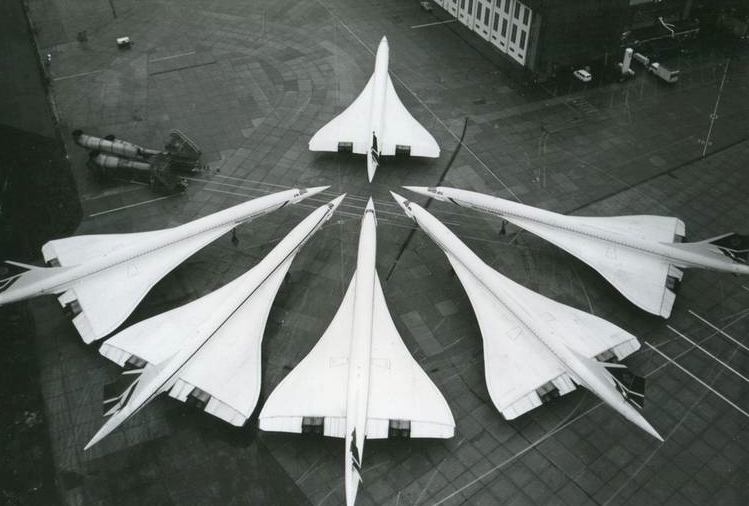 The single most disastrous event in the supersonic passenger jet’s history was on July 25th, 2000 when a flight lifting off from the runway at Charles de Gaulle Airport in Paris crashed, killing all 105 passengers on board. And when the Concorde ceased operations for good in 2003, it felt like a giant leap backwards for mankind.

Up until then, the supersonic passenger jets, operated by British Airways and Air France, were viewed as a technological marvel, crossing the Atlantic from London or Paris to New York in a mere three hours.

It was also the pinnacle of the glamorous era of air travel where passengers wore their Sunday best and air hostesses – as they were called – looked immaculate as runway models in their designer-made uniforms. Cruising at up to 60,000ft, literally at the edge of space where the curvature of the Earth was visible, Concorde’s cabin consisted of an elite passenger list – royalty, Hollywood A-listers, supermodels and moguls, all being feted on champagne and being served gourmet meals on fine china.

Travelling at twice the speed of sound at Mach 2, the Concorde was not just an aviation icon but became a symbol. It came to define just how far mankind in his quest to fly had soared. From those early days of the Wright brothers in 1903 to the Concorde’s first commercial flight in 1976, it showed how aviation had advanced by a quantum leap in less than a century. If we could transport passengers at such speeds, surely it meant the next destination ordinary mortals could buy a ticket to would be the galaxy and beyond.

But operating these sleek, graceful airplanes were reportedly not profitable – the fuel costs alone were staggering. But it was a prestigious plume in the fleet of the only two airlines in the world that could boast ownership.

And then came the single most disastrous event in Concorde’s history on July 25th, 2000 when a flight lifting off from the runway at Charles de Gaulle Airport in Paris crashed, killing all on board.

Also with the aftermath of the terrorist attacks in New York City on September 11, 2001, passenger rates fell dramatically.

The two airlines made the decision to cease operating the aging Concorde aircrafts. After making just under 50,000 flights during its lifespan and transporting 2.5 million passengers – including a 105-year-old woman from Bristol – Concorde’s wings were clipped and commercial supersonic travel came to an abrupt halt.

The very last Concorde flight departed from New York to London on October 24, 2003.

And someone made the wise decision to document this historic moment as an era came to an end.

Even if you never had the privilege to fly Concorde, this documentary film captures the thrill of going supersonic.