The New Season of “Poldark”: Journey to Cornwall 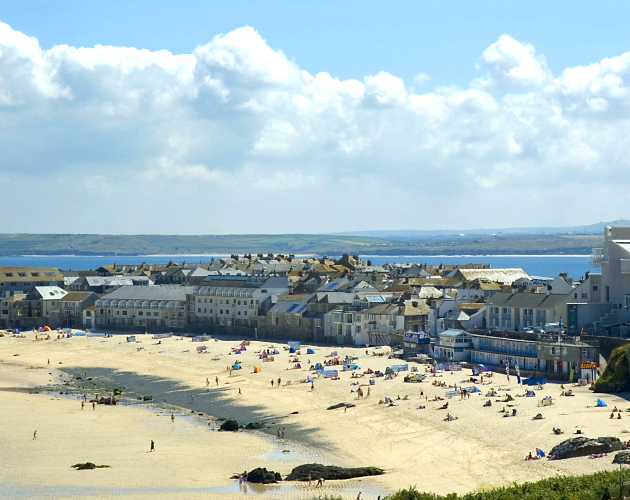 Season 3 of the gorgeous British-filmed drama Poldark goes to air tonight on our sister station, VisionTV. In that spirit, we took a trip to some of the amazing locations where Poldark and Doc Martin, another VisionTV hit, are filmed.

Romance, intrigue, period drama. We can’t get enough. Here, take a trip with us as we explore Cornwall, England.

What’s a cream tea? And where are pasties not part of a wardrobe-malfunction drama from? And that guy on Brit television’s latest bodice-ripper/period piece, the one that all the ladies are swooning over? Yes, Poldark, that’s the one. Where’s he from? Cornwall, England. It’s also the domain of surfers, locavores and Doc Martin – okay, he is fictional, but Port Isaac, the quaint town (that’s the Doc’s house, above!), that’s used as the shoot location, is the real deal, a fishing port lined with colourful cottages and pretty, petite gardens that’s a fine example of coastal towns in this part of England. Of course, it’s also domain of the Duke of Cornwall, also known as Prince Charles, and the Duchess Camilla. The area of Cornwall is worth a deeper look, so click through below to see more images of this incredibly scenic area of England.

This past spring, WestJet launched its seasonal service direct to London Gatwick from six Canadian gateways including Vancouver until Oct 21, and year-round direct from Calgary and Toronto. This is the airline’s third transatlantic destination, joining St. John’s to Dublin and Halifax to Glasgow. www.westjet.com But for me, the journey starts at St. Ives, above, in the northwestern part of Cornwall, and the Carbis Bay Hotel & Estate, above. The hotel sits on its own Blue Flag beach, below, the only hotel in England to have one all to itself, and one of only eight awarded in Cornwall this designation; at this World Heritage Site for beach quality, friendliness, outstanding natural beauty and cultural activities. The windswept 25-acre stretch of sand, hugging the turquoise blue water at St. Ives Bay, is easily viewed from the hotel, its terraces and its spa and pool. Carbis Bay features self-catering apartments on the estate, with the amenities, like an oasis of a spa, of the hotel. Cornwall, however, has a residue over it from back in the day, when the citizens did not consider themselves English but, rather, Cornish. The battle to maintain autonomy was lost over the years, as did the struggle to maintain the local Cornish language. Ever the rebel, there are holdouts, as evidenced in some of the signage and spellings of place names, that help the traveller get a sense of history and place – port, for example, is porth in Cornish, with names such as Porthcurno Bay and Porthgwarra cove. Cornwall is more than Poldark, but then again, much of the show’s subject matter is the apex of the history here. The mining industry was key to keeping the people fed and as the ore of copper and tin began to wane, so did the industry and the people. The Levant Mines, which stand in for Tressiders Rolling Mill in the TV series, are open for tours and provide a fascinating glimpse into a hard yet community-building life. Above, Bottalack, which also plays a key role in the show. Food is the cottage industry here, with Cornish cream tea with its scones and jam and clotted cream, the meat and veg filled Cornish pasties and Cornish hen already part of the classic culinary lexicon. But, with its proximity to the sea, Cornwall is truly a beach lover’s dream. Above, the view Porthcurno Bay from the Minack Theatre, below, an al fresco theatre built into a hillside. The sea looms large here, as does fantasy. The legend of King Arthur and Camelot is alive and well, and a trip to Tintagel, so tied to the Arthurian tale, it draws hundreds of visitors on a daily basis, is on tap. I, too, am drawn to it, a long time passion for the ill-fated story of Arthur and his queen Guinevere and the Knights of the Round Table. It’s noted in history that the name Arthur is found in texts, and is most associated as battling Saxon invaders. Tintagel has been romanticized as where his father, Uther Pendragon, and the Lady Igraine conceived the once and future king. It prompted Richard, the Earl of Cornwall, to build Tintagel, in 1230.

If you make the climb to the top, you’re rewarded by the sight of Gallos, a stunning, eight-foot-tall lone bronze sculpture by artist Rubin Eynon said to be his vision of Arthur, above. He is a vision, yet hollow, with open strips in his cloak to allow for the wind to whistle through and to appear as part apparition and part the strength that he’s been here for an age. He is a powerful image, and fitting, as his name, Gallos, means power in Cornish.

For more info, go to www.visitcornwall.com; if you’re thinking about travelling to Great Britain, check out www.visitbritainshop.com, for money-saving ideas before you go.