6 Places to Get Your Chocolate Fix Around the World 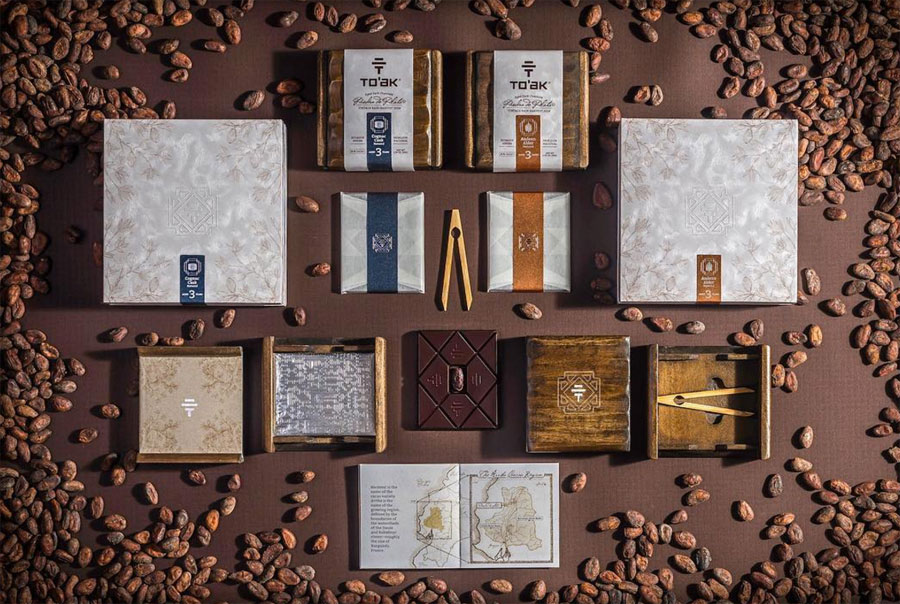 A selection of chocolates from Toak Chocolate, Quito, Ecuador

July 7 may be World Chocolate Day, but for many of us, every day is chocolate day. Of course, we love its sweetness, but chocolate also has many health benefits. Tip: The darker the chocolate, the higher its free-radical fighting anti-oxidants, and the better for your health.

With that in mind, if you’re already a fan of culinary travel, why not take it a step further and feed your sweet tooth? That’s right, we call it chocolate tourism! We asked the experts at The Travel Corporation Canada to give us their favourite chocolate-covered destinations, from the rainforests of Central America to Europe’s mountain towns.

As one of the nations where chocolate has long been a part of the indigenous culture, it’s natural chocolate-lovers would want to explore this side to the gastronomy while they’re here. While cacao is cultivated on plantations in the Amazon rainforest, chocolatiers create the final product in the nation’s towns and cities. In Quito, take a visit to the popular Mariscal Foch plaza which will provide an in-depth cacao tour with three local companies — Republica del Cacao, Pacari and Kallari — which not only grow their own cacao, but they offer never-heard-of brands for adventurous chocolate connoisseurs.

No talk about chocolate can begin without talking about Switzerland first. Channel your inner Willy Wonka and make a beeline for Maison Cailler – a real-life chocolate factory sans Oompa-Loompas. It’s one of Switzerland’s oldest and most important chocolate factories and a visit here will introduce you to the highest echelons of Swiss chocolate making. Surrounded by lush meadows, almost 2,000 cows within a 20-mile radius still produce all the fresh milk required by the chocolate-making process. Luxury Gold’s 11-day ‘Majestic Switzerland’ journey includes a visit here, and an up-close look at the different stages of chocolate-making at the Maison – before grabbing fists full of fresh chocolate in the final room.

It seems apt that Bariloche in Patagonia is known as the “Switzerland of South America” with its resemblance to a Swiss mountain town, and in a region of Argentina that also has a notable connection to chocolate. If you’re planning on making a cocoa-pilgrimage, you’ll want to visit the many chocolate museums that dot what Argentines call “The Avenue of Chocolate Dreams” (Mitre Avenue). Make Mamuschka (Mitre 298, San Carlos de Bariloche) one of your stops. Considered “the daddy of Bariloche’s chocolate scene,” this store stocks every type of chocolate imaginable, from white chocolate Baileys-filled eggs to bars of 90 per cent cocoa dark chocolate. For the full experience, get a seat in the café and order one of the thickest hot chocolates you will ever taste. You’re welcome.

Turin embraced chocolate way back in the 17th century, at which time chocolate houses started appearing and Turin’s answer to hot chocolate was born. Bicerin is a traditional hot drink native to the town, made of espresso, drinking chocolate, and whole milk, above. The recipe for this rich elixir has been handed down since the 1700’s and is one of the most addictive hot chocolates (or coffee, depending on how you look at it), in our humble opinion. Trafalgar’s week-long gastronomic ‘Piedmont and the Italian Lakes’ adventure visits the town, which also features the picturesque Piazza San Carlo, complete with its 17th century façades and the Church of San Lorenzo.

Just a couple hours north of Sydney lies the picturesque Hunter Valley, the heart of Australian wine country. The Instagram-worthy region isn’t just famous for its wines though. The Hunter Valley also has delectable chocolate. Make sure to visit the Hunter Valley Chocolate Company, which specializes in handmade artisanal chocolate and fudge. The most immersive experience can be found at the Twenty-3-Twenty Chocolate and Fudge Factory – the other locations are at Hunter Valley Gardens and Peterson’s Champagne House – where Belgian couverture is combined with Australian fruit and nuts, as well as fruit oil infusions.

Looking for some chocolate indulgence? Look no further than the Hotel Sacher, home to the often-imitated-never-duplicated velvety Sachertorte. This chocolate cake boasts an apricot jam filling and is often served with a dollop of whipped cream and is considered one of the most famous desserts in all of Austria – if not the world. So famous in fact that there was a spat in the early 1900’s between Hotel Sacher and competing bakery, Konditorei Demel. In what is now commonly referred to as the ‘cake war’, both establishments entered into a lengthy legal fight over whose right it was to own the label of ‘the original Sachertorte’. The decades-long fight ended in 1963 when both parties agreed that Hotel Sacher could use the phrase “The Original Sachertorte” and Demel had the right to decorate its tortes with a triangular seal reading Eduard-Sacher-Torte. But who has the best slice you might ask? On Insight Vacations’ 12-day ‘European Rhapsody’ journey, you’ll have the chance to try both and mull it over coffee while you take on the city’s elegant architecture – from the Vienna State Opera to the imperial Hofburg Palace – all the while being regaled with tales from a by-gone era from a local Viennese.