Road Trip: A Fond Farewell to the Old-Fashioned Map 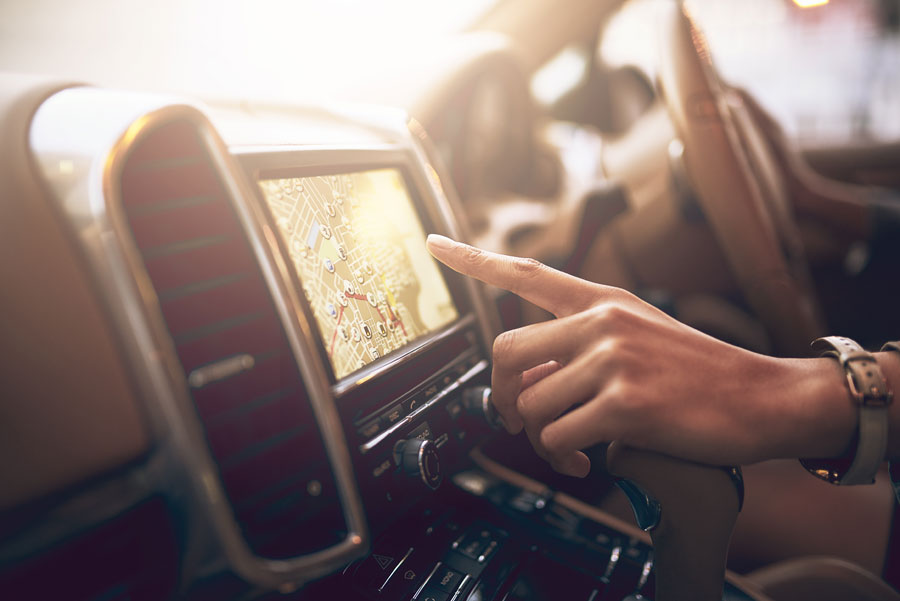 Day two of a drive to the Maritimes, and we’ve passed Moncton. Next stop: P.E.I. — or “Pay,” as the Aussie lady on my wife Bianca’s Google Maps phone app keeps pronouncing it.

That would be a reasonably accurate pronunciation if PEI were a Chinese name, but it doesn’t inspire confidence that she knows where she’s going. Along the way, Quebec became “Ka-AY-bec,” and Riviere du Loup (where we spent the night on route) became “Reverie de LOWP.”

But Edith — we named her Edith, because why should Siri and Alexa be the only artificial intelligences with names? — knew her stuff, even if she didn’t know how to say it.

Edith’s tendency was to have us take the shortest route, even if it took us off the highway. Leading up to the Island, she directed us to a dirt road that led to a picturesque beach town called Murray Corner, with a spectacular view in the distance of the 13 km Confederation Bridge from New Brunswick to Prince Edward Island.

The oddball short-cut, which was news to our friends John and Grant in P.E.I., actually shaved about 20 kms off our trip. It was a saw-off timewise, but the view was better and gas isn’t cheap.

I am a late adapter to GPS, having finally succumbed to my son’s constant ridicule of my practice of writing down directions (as opposed to using Google Maps or Wayz). A true Canadian, I’ve been driving long distances since my teens in the ‘70s, including the 1,500 kms to and from my then home in Thunder Bay to Toronto’s Ryerson University at the start and end of the school year. Through it all, I used maps (remember them?), and, to get around the city, a beaten-up old copy of Perly’s Street Guide.

When the time comes that you’re driving with a partner, there’s the time-honoured tradition of driver-and-navigator. To my mind, the most beautiful tune written by the singer-songwriter Hawksley Workman is “Safe and Sound,” about a guy and his girlfriend driving away from the big city. (“The glove box light shines bright enough to see/You read the map like you were reading poetry”).

He wrote the song in 1998, when Google was just getting started, and long before Google Maps, Google Earth and Google Your Intestinal Tract.
Workman’s imagery is evocative and inspiring, like a front-seat ballet pas de deux on wheels. The reality is that Bianca happily lets go of the role of navigator with both hands at every opportunity. Decisions on the road are sometimes made fast, and she didn’t like sharing the blame for my wrong turns. Memorizing the route has mostly been my job, when we took the kids whale-watching in St. Andrew’s, N.B. 13 years ago, or the umpteen times we drove to her parents’ place in Durham, N.C. (a trip I know so thoroughly, I could practically drive it blindfolded).

But to paraphrase Cormac McCarthy, the highway is a country for old men. Retirees with giant RVs pulling vehicles behind them are a common sight, the cost of gas be damned.

And young people are known to be abandoning car culture. In 1983, nearly half of American 16-year-olds had driver’s licences. That number has been reduced to less than a quarter.

I became aware of this generational paradigm shift earlier this decade when I spent three seasons in a row as tag-along press with The Amazing Race Canada (all the way to India, Vietnam China and Thailand). Nearly all the contestants were Millennials. And as I got to know them all pre-race, I realized that one thing preyed on their minds more than anything else. It wasn’t the idea of having to sky-dive from a plane, or bungee jump, or any other physical demand.

It was traveling around the world without a smartphone. They might as well be naked.

Never mind reading the map like you were reading poetry. If you watch the show — which is midway through its seventh season now — you see young people perusing maps like a freshman archeology major trying to make sense of the Rosetta Stone.

Seeing them struggle with maps is, in some ways, like watching people try to make fire on Survivor. They know at some point they’re going to have to do it. And apparently, they still neglect to familiarize themselves in advance.

As for us, resistance has proven futile. Edith has accompanied us on anniversary trips to Amsterdam and Vienna, no doubt lowering my blood pressure on occasions when we’d have gotten lost.

And when we were picked up and driven around Vienna by our friend Az, he was using Google Maps as well, and would frequently break out laughing at her pronunciation of German-language place names.

Hey, she may not be able to pronounce “Himmelpfortgasse,” but she probably knows a shortcut to get there.

What’s in Store for Travel?