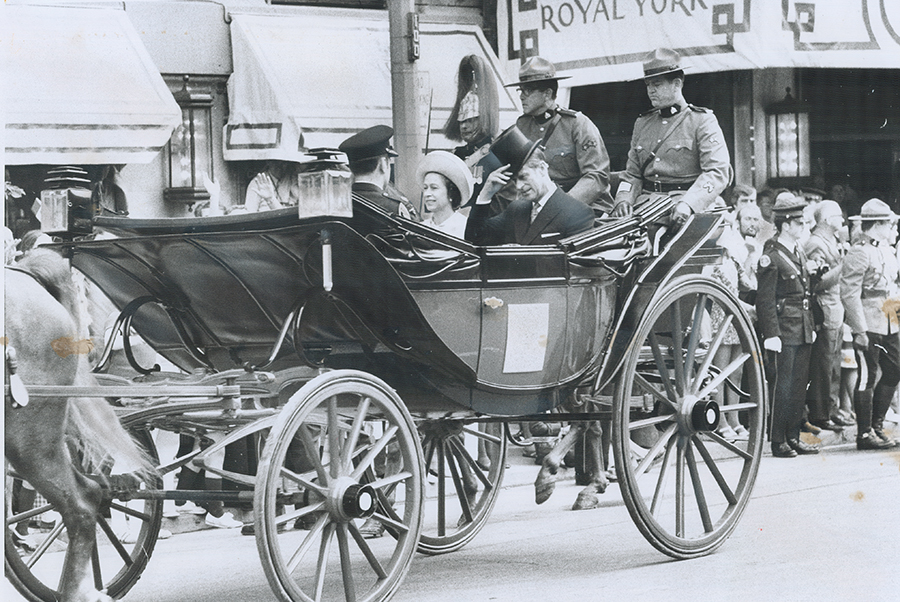 In 1929, Popeye made his comic strip debut, the first colour TV images were transmitted and the Royal York Hotel — which marks its 90th birthday in June — opened its doors in Toronto, at once the tallest building in the British Commonwealth and a jewel of Canada’s national railway hotels. In the ensuing decades, it has played host to world leaders and royals, celebrities and supper club crowds. Its famed Imperial Room attracted a who’s who of legendary entertainers over the years, from Ella Fitzgerald and Tony Bennett to Tina Turner, Sonny and Cher and Liberace. One young man was once famously denied entry to the room until he put on a proper jacket and tie. His name: Bob Dylan. Meanwhile, in the early 1980s, an up-and-coming comic by the name of Jim Carrey — you might have heard of him — made early stand-up appearances there.

And, of course, what’s the Royal York without actual royals? Members of the British royal family dating back to King George VI and Queen Elizabeth have visited the hotel including Prince Charles, with both Diana, Princess of Wales, and Duchess Camilla, and, most recently, Prince Harry dropped in during the 2017 Invictus Games. Harry’s grandparents, Queen Elizabeth II and Prince Philip, enjoyed state dinners there multiple times over the years and, when Her Majesty is in town, she stays in her personal suite on the 16th floor, with furniture that’s only brought out of storage for her use, whether it’s to sleep on or to kick back and sip her favourite cocktail: gin and Dubonnet. Talk about the royal treatment.