A Paris Memoire: How the City Came to Hold a Lifetime of Memories For Me 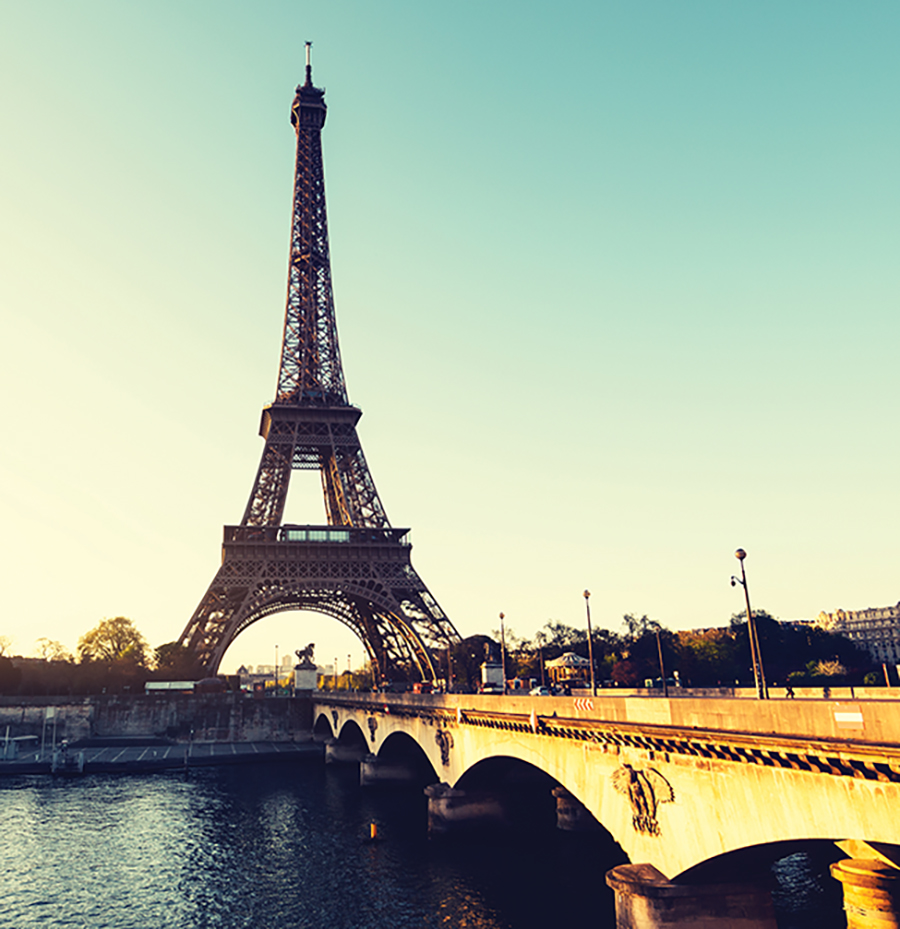 Flight done, luggage arrived intact, car waiting. We move out of the airport and into the morning gridlock. We speed by the familiar sites that make up this journey: the Stade de France, the miles of apartment complexes, familiar road signs. As we glide onto the Périphérique, it means I am getting closer, circling the Place de Wagram and onto my beloved Boulevard Malesherbes.

My eyes search for the floral stands at Monceau Fleurs. I take in all the other familiar storefronts. Car windows down, so the sounds and smells flood in. Distinct sirens, traffic, the hum of a city that has my heart.

What exactly is it that makes us return time and again to a place? The answer may seem obvious when that place is Paris. But, like the city, the answer is much more complicated.

I had an affinity to Paris before I ever ventured there. Maybe it was my love of fashion, so the history and lure of such a city just drew me in.

As a young woman of 18, fate would have it that my life would shift, and I would leave Canada at the invitation of a reputable modelling agency. I was only going to stay a few weeks, but that turned into months and years and now a lifetime of back and forth.

Those early years, I found myself navigating the avenues and boulevards with my Plan de Paris in hand. Long replaced by Google maps, the Plan was an indispensable tiny book of intricate street maps that became well-worn and loved. Endless appointments and casting calls meant I became familiar very quickly with the city.

My apartment in the Latin Quarter remains a vivid memory. Walking up four flights; windows with shutters that we flung open to watch the bustling street life below. My views overlooking the Pantheon. Evenings spent dancing at the nightclubs, Les Bains Douches and Castel. The freedom of youth, combined with the daily adventure of working as a model for some of the greatest designers of that era, in a setting that lived up to everything I dreamed it would be. Not a bad start to this love affair.

As with most love affairs, things get in the way. French bureaucracy among them! I renewed my temporary working papers as long as I could. I travelled the world with my work, with Paris as my base. Finally, it was time to return to life in Canada. Paris was waiting though and, when I returned, I was to see a very different side.

Mary L. was 50 years older than me, a close relative and someone that altered the course of my life in many ways. She, too, loved Paris and had been going since the 1920s. She had a litany of favourite haunts. Luckily, for me, the Ritz Paris was one of them.

For more than a decade, we would go every year and spend weeks at a time at this iconic hotel. Her own history in the city opened doors and introduced me to people who are still very much a part of my life. It also gave me a renewed sense of the history that I had been surrounded by years earlier, alongside a new way of looking at Paris. The Old World meshed with the New in almost every aspect of food, art, culture and fashion. Over that decade, a sense of familiarity set in. It all made an indelible mark on me. The sights, sounds and smells are as clear in my mind now as they were then.

Our conversations are also etched in my memory, often centred around the Paris of Mary’s own youth, in such a different era than mine. We would dwell on what mesmerized us both about this city or about the art of travel, what we had seen that day.

Mary was an art collector, and she would take me to the galleries she knew well. I would watch her negotiate through her next purchase. Early Sunday mornings, we would go to see her favourite artists in Montmartre — one, in particular, became mine, too. I made my own purchases that I still look at every day. The artists of that time are long gone, and their haunt, Place du Tertre, has changed, but the memories and the lessons live on.

On our final trip, Mary’s health did not allow her to leave the hotel on a daily basis. Despite the circumstances, it was an incredibly special time. It had been her choice to return for one last visit. On our last night, we took a car and driver and went to see all of her favourite sites and monuments. We drove along the Seine and the Avenue des Champs-Élysées. It was then that I understood how a city can become part of who you are. The beauty alone is one thing, but the soul of a city is another altogether. Saying goodbye was important to her. It left a lasting impression on me, nor would it be the last time I would have such an experience like that in Paris.

Life is meant to be shared, and I had 16 years sharing it with a marvellous man who encouraged my love of Paris. He would join me as often as he could. Our visits were usually fleeting, but we would spend days walking, sitting in cafés and generally being flaneurs. As with Mary, being in Paris brought out the best in our long conversations. Life for us would always include this city. But life doesn’t always go according to plan. We knew we had one Christmas left; we chose to spend it at the Ritz. On arrival, we were upgraded to the Marcel Proust suite. It was glorious and full of the history that my husband so enjoyed.

We did things that we always had done in the past. The Jardin du Luxembourg was our favourite place. Jim held my hand and told me it would all be okay. That Paris would be waiting for me after he was gone. He said goodbye to this city in his own way and, as we both expected, he died after a long and valiant fight with cancer later that year. I still go to sit in the same seats in the Jardin, and it still feels like he is there, right beside me. Maybe it is all part of the magic that is Paris. Buoyed by work, family and friends, it all took me back time and again. Each time, the reason would dictate what I did and what I saw. If I could, I would return to stay at the Ritz Paris, the Hemingway Bar always my chosen meeting point. Some of my most memorable evenings have been spent there. A lot of that has to do with Colin Field, the head barman. He is a true historian of the Hemingway legacy, and makes everyone welcome, has a heart of gold and, over many decades, we have become friends. Through Colin, I have met and remain friends with a collage of characters who have made my life so much richer.

Amédée, my dearest Parisian friend, is well into his 90s, and he has always looked out for me and made many experiences so very special. Over extended lunches at his favourite haunts, I would find myself not only speaking but thinking in French. Amadée has enriched my life to such a degree. He has taught me so very much and allowed me a window into an era that is fast disappearing. I have Paris to thank for this treasured friend.

With my 50th birthday looming a few years ago, it was time to give someone else a gift, and pass along a bit of what Mary and Amédée had done for me. I wanted to show a talented young writer and fashion collector Paris — my Paris. Maybe he would have the same life-altering experiences I had had. I will never forget seeing the excitement and joy on the face of my travel companion as he took in the Tuileries, Place de la Concorde, the Eiffel Tower and the Seine for the first time. The hours of walking seemed like seconds.

The historic Le Grand Véfour was on the list of places I wanted him to experience. On the day we went, I had the Jean Cocteau table — the corner banquette I love — and from it, you can see the whole dining room. It proved to be a good spot that day, as François Hollande, the president of the French Republic, arrived for lunch. His entrance was understated but his exit, quite a bit more buoyant and interactive! Seeing a city I knew so well through someone else’s eyes — what joyful moments.

Paris has a way of unfolding itself, when you give it time. When you don’t rush. For four months last fall, I lived adjacent to one of the world’s greatest shopping streets, the Faubourg Saint-Honoré, so it was easy to see how fashion remains one of the main draws to Paris. It is what first brought me to France and to this magical city but, for me, the real Paris is now found in the small back streets, the hidden cafés and tiny stores. A walk is never the same view twice — getting lost is an aim, for you can always be found.

I often found small one-of-a-kind boutiques. One stands out. Located in the Palais Royal, there is no store name, its window display is ever-changing and minimal. An elegant elderly woman presides over her small atelier. She makes exquisite découpage boxes and pencil holders in all shapes and sizes. She includes the history of the pattern or image that is on each item. She wraps your purchase with such care that you must not let your patience get the better of you. She opens one day a week from noon to five during the months of October to March. She is an artisan operating on her own terms, something that, for me, remains very Parisian.

The exact answer as to why some of us return time and again to a specific place will likely remain elusive and very personal but, in my experience, it has to do with a sense of belonging and understanding, of familiarity and adventure, of personal history, relationships forged and relationships lost, memories and maybe most importantly, inexplicable joy.

Over those four months, every Sunday, I would sit at the same table at Brasserie Vaudeville. Greetings were exchanged with other longer term regulars and a welcoming staff. Usually I had a guest but I felt equally comfortable on my own. It may have been that fact and that table that closed a circle for me. I was home again. I had made the right decision to return and forge another life for myself, to follow the path of this love affair. Jusqu’à la prochaine fois.

A version of this article appeared in the September/October 2019 issue with the headline,  “A Paris Memoire,” p. 84-89.