Put Travel at Your Fingertips With These 8 Apps 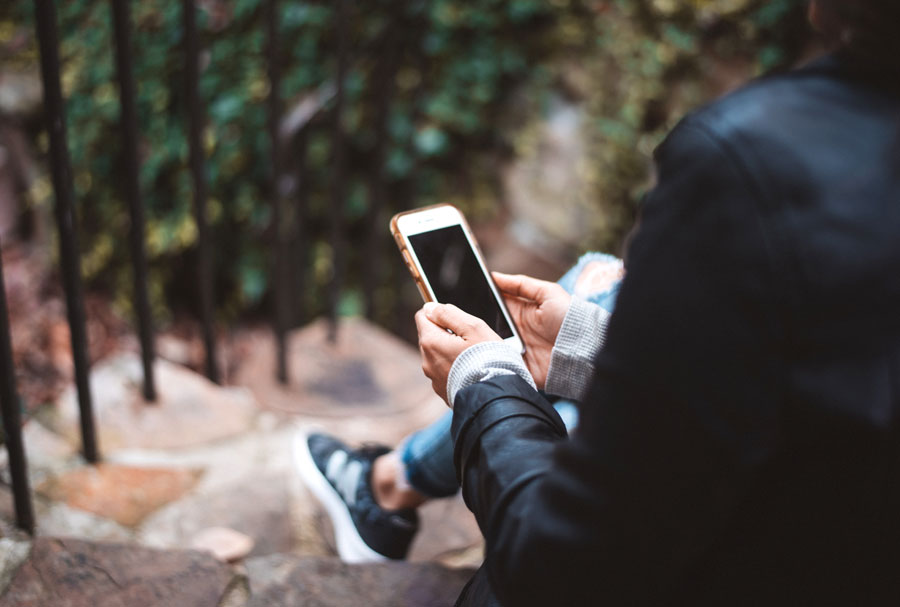 These apps will help you along your way. Photo: Chad Madden on Unsplash

No matter what anyone—including any number of packing apps—may tell you, there are now only two things you absolutely have to remember to bring with you on any trip: your passport and your phone.

Just as I can’t quite fathom what it was like to live in the world before debit cards, I have only misty memories of travel before cellphones. I have a vague recollection of crossing from Italy into France in the pre-euro days and accidentally buying a $300 Daniel Hechter beach towel because I briefly forgot the franc was worth about 25 times more than the lira. XE Currency Converter could have saved me there.

I also remember the first time I went to Italy by myself. I arrived at Milan’s central station. I couldn’t speak Italian, no one I could find spoke English, I got frustrated and, Eurail Pass in hand, after going across the street and having the best spaghetti carbonara of my life—which I ordered because it was the only dish whose name I recognized—hopped the next train out of there. If I’d had Google Translate, my ultimately very satisfying relationship with Italy would probably have started several years earlier. As recently as 2006, six months before the first iPhone, I was in Prague at the end of a river cruise but only got to stay a night because the transportation out had been arranged by the company. I’ve not managed to get back there since, and Prague’s transit app could have let me make my own plans and afforded me some extra time in one of the world’s great cities.

But even today, your phone’s only as good as its apps and, given the enormous number of them and how many seem to do the same thing but really don’t, a little field guide of sorts is in order. Some, like Instagram, Google Maps and the ones mentioned above, fall into the category of common sense. But here are a few, some you may not have heard of and some you already have on your phone but have less than obvious travel uses that will make your trips easier and more fun.

8 apps that will help you along your way

I was a late adopter on this one for the perhaps ironic reason that it did too much. There were so many options, so many cool little things you could do—keep a travelogue, take pictures, share stuff with friends at home, link to webpages—that I never bothered delving. Then,  one summer, somewhere between Sarajevo and Zagreb, I lost my physical Leuchtturm notebook, filled with three months of travel notes. In mourning, I turned to Evernote, with its instant Cloud upload feature, and I’ve never looked back.

I take notes, put in reminders, tap out phones numbers, link to sites and incorporate my pictures into it all. If you plump for the premium version—I got a not uncommon free-year offer, but for premium it’s US $9.99 per month —you can also scan business cards from people you meet and places you go and have the info plopped directly into your contacts. And it’s all searchable (including text in the photos, like signs) and, until the sky falls down, unloseable in the Cloud. (Works fine offline though the upload feature obviously needs a connection.)

As phones get bigger and brighter, their data gets bigger and pricier as well. If you’re using a local SIM card (always recommended) or, heaven forfend, a roaming plan, that’s a lot of dosh to upload a selfie at Charlie Chaplin’s grave—unless you want to wait till you get Wi-Fi, but who wants to do that? Onavo Extend (for iOS) lets you run everything through its cloud. It explains how it all works on its site, but all you need to know is they claim they can extend your data plan by as much as five-fold. Onavo Count for Android keeps track of data and warns when you you’re about to bust.

There are many apps that purport to get you the best deals on flights, but this is the best I’ve found. It’s straightforward, localizable (handy because airfares can be different depending on what country you buy them in), and you can book straight from the app. It’s also broad enough to let you search nearby airports (e.g., Ft. Lauderdale and Miami) to get the best deal. I’ve used it for various forms of impromptu flights, and newer hipper-seeming apps, like Hitlist, actually use this as their engine.

At its most basic, this app will instantly split a bill, tip included, which can be handy. But more interestingly for travellers, if you’re in a group, you can keep track of any expenses you like over the course of the trip and not only have it all parsed out for you, but you can share it with everyone on Whatsapp. Evernote has a receipt function, and with a little wrangling you could do this with that, too, but this is way easier.

This is one of those apps you may already have, but it’s great for travel. I’ve been able to put together soundtracks of my trips by using this music identification app to tell me what I’m listening to at cafés, clubs, in the back of tuk-tuks. I’ve discovered French rap, Serbian turbofolk and various forms of Icelandic weirdness this way. Travel is about discovery, and that doesn’t stop at monuments and food.

I’ve only used this once, to get a place in Dartmouth, just outside Halifax. It was half the price of the cheapest hotel room, I had a floor of a house to myself, with a large deck overlooking Halifax Harbour. Contrary to popular belief, you don’t have to share a space—many Airbnb spots are all yours—but when you do share with a tenant or owner, they tend to become built-in tour guides.

Whether you tweet or not, Twitter can come in handy in one very specific way. Airlines have tended over the past couple of years to invest their public selves quite heavily in Twitter, priding themselves on their responsiveness. As a result, Twitter can often be the best way to resolve issues big and small. Air France is especially good, Air Canada is pretty responsive, but most major airlines are decent on this front. I’ve changed flights that seemed unchangeable online and gotten information directly and instantly from a dedicated employee in a way that’s almost impossible otherwise with most airlines. And if you’re sitting in an airport, whether you’ve just missed your flight, got there ahead of time and want to get on an earlier one or are having any trouble at all really, Twitter is often a way better way of getting it resolved than going to the counter.

A version of this article appeared in the October 2016 issue with the headline, “How To Put Travel At Your Fingertips,” p. 67-68.

5 Free Apps That You Didn’t Know You Needed

Appy Travels! 7 Smartphone Apps to Help You Plan Your Getaway