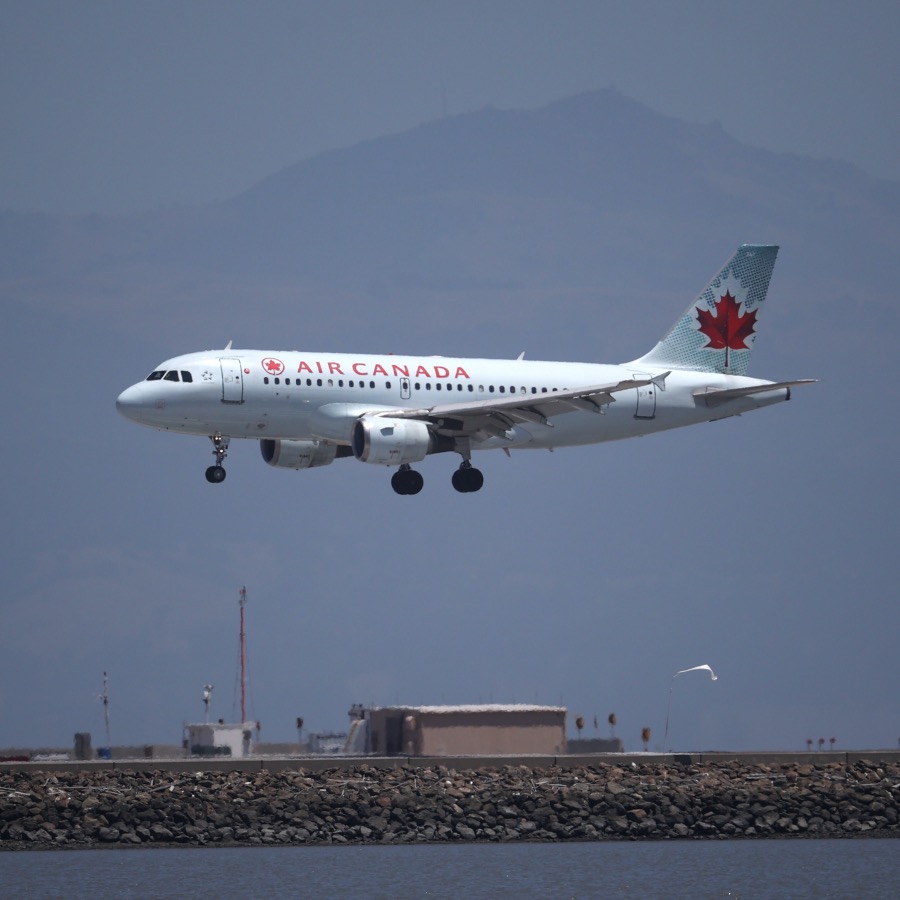 Data from a recent poll shows that less than a third of Canadians are willing to take a flight during COVID-19 — fewer than Americans who responded. Photo: by Justin Sullivan/Getty Images

The International Air Transport Association, known as the IATA — the body representing the air transport industry — expects global air passenger traffic to fall 55 per cent in 2020 compared to 2019, and global passenger traffic not to return to pre-pandemic levels until 2024.

This steep decline follows 10 years of a compound annual growth rate of 5.3 per cent, resulting in a US$838 billion air travel industry by 2019.

The collapse in consumer demand has been driven by the COVID-19 pandemic and government measures to control it, largely by closing international borders and locking countries down.

Until the end of January 2020, global seat capacity was pretty much on track to produce another record year with 109 million seats on scheduled services. However, as the virus spread from Asia to Europe and then North America, airlines rapidly removed capacity. By early May, there were only around 30 million seats, mostly for domestic flights. Not until early June did we see the first real increase in capacity.

However, seat capacity does not equal demand, and airlines continue to make an unprecedented number of schedule changes, including delaying and cancelling flights at the last minute to the frustration of passengers still flying.

Where China and Europe have progressively put capacity back to entice travellers to fly domestically or regionally, this has not really been the case for Canada or the United States. A recent poll showed that less than a third of Canadians are willing to fly anywhere, and only 17 per cent would fly to the U.S.

Citizens of both countries had the exact same information regarding the spread of COVID-19, so it’s interesting to see how differently each country’s travellers reacted. The differences in how each country dealt early on with the pandemic have had a lasting impact, as quick early responses resulted in slower, more controlled spreads of COVID-19.

This divergence in consumer confidence in flying can be partially explained by the severity of the COVID-19 outbreak: with more than six million cases and 558 deaths per million inhabitants, the United States compares extremely unfavourably to Canada’s 127,940 cases and 247 deaths per million inhabitants. It’s understandable why Canadians are reluctant to travel to the U.S.

The difference in consumer attitudes between Canadians and Americans becomes quite clear when we compare arrivals at Toronto Pearson International Airport — one of only four airports in Canada authorized to receive international flights. Officially, the border was closed to most Americans as of March 21, and the federal government still discourages non-essential travel for Canadians, but that doesn’t mean air traffic has stopped completely.

In the midst of the pandemic, between 120 and 140 planes arrive daily at Pearson compared to an average of 650 per day in 2019. Incoming international travellers must quarantine for 14 days, and the government of Canada has stated that “a foreign national is prohibited from entering Canada from the United States if they seek to enter for an optional or discretionary purpose, such as tourism, recreation or entertainment.”

Although tickets booked directly with airlines are a closely kept secret, IATA reports the number sold through online platforms and travel agents, which represent roughly a third of all tickets sold.

From this, we can see that during January, arrival volumes in general tracked slightly below those of 2019 for both countries, but February saw the start of a steep decline in Canada while the number of arriving Americans continued to increase.

Following the sharp decrease in March and April, arrivals to the United States from Canada bottomed out in May at 16 per cent of 2019 arrivals. Conversely, the number of American travellers arriving in Toronto, although lower than 2019, increased in March over February before declining dramatically in June, when it hit 8.6 per cent of 2019 numbers, before seeing an encouraging increase in July.

A number of factors are likely contributing to this improved consumer confidence: while the first two months of 2020 saw year-over-year increases in the average fare paid and March held steady at 2019 levels, the decrease in average fare price since April has been quite dramatic.

Airlines have also relaxed their flight modification and cancellation policies, even for discount economy seating, resulting in 95 per cent of tickets being sold in this class. But people are also realistic about the uncertainties created by COVID-19, and the booking window has dropped to 24 days from 35 days at the beginning of the year. This figure was provided by Tahmor Ghumman, CEO of Spreedix Analytics, in collaboration with IATA.

With consumer confidence slowly returning, the focus is on how to create a travel environment that is not only safe but also perceived to be safe. Transport Canada has established measures to protect travellers, and comparisons to the flight safety challenges that airlines faced after 9/11 are often drawn.

The uncertainty created by lockdowns and quarantines, sometimes imposed on very short notice, means that consumer confidence is fragile.

With infections periodically spiking in different countries, airlines are forced to cancel flights without warning, which weakens consumer confidence anew. The COVID-19 pandemic therefore is continuing to leave the global air travel industry in a precarious position.

Tahmor Ghumman, CEO of Spreedix Analytics, provided data for this article in collaboration with IATA.

Why Group Travel Is the Best Way to See the World

How COVID-19 Could Impact Travel for Years to Come