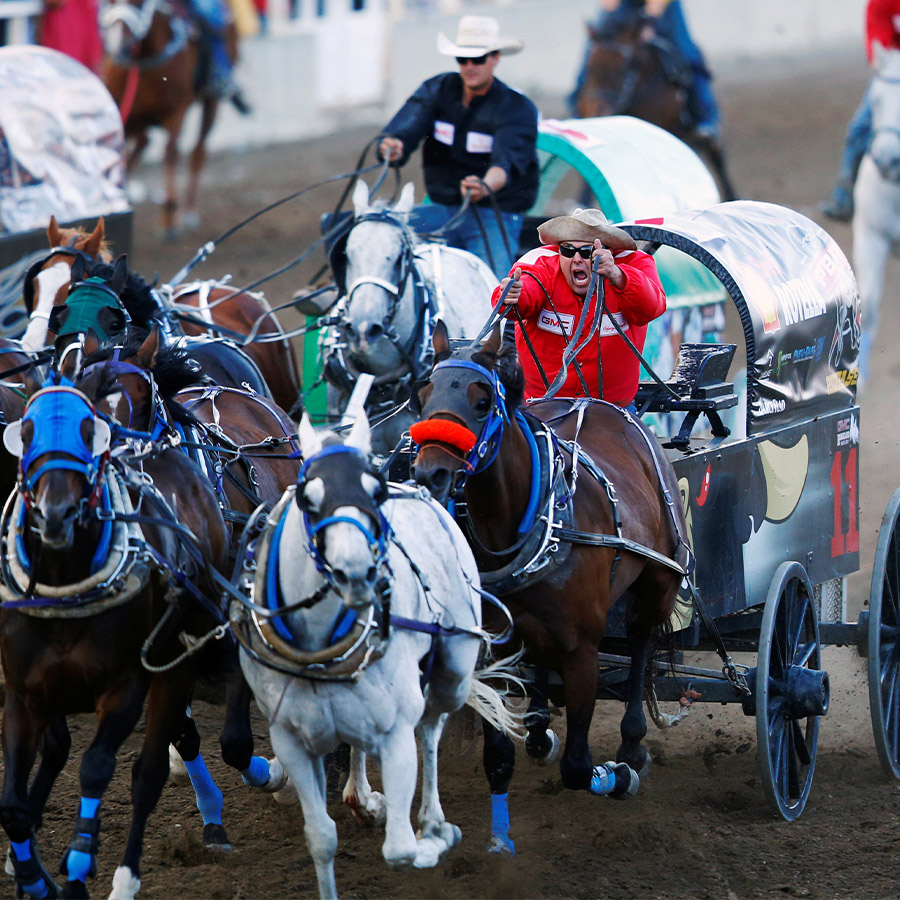 Darcy Flad leads the field home while racing his team in the third heat in the chuckwagon races during the Calgary Stampede in Calgary, Alberta, Canada July 8, 2019. Photo: Todd Korol/Reuters

The Calgary Stampede, an annual rodeo, exhibition and festival that is also Canada’s biggest and booziest party, will go ahead this year after being pulled in 2020 due to the pandemic, though it will not look and feel the same, an event organizer told CBC Radio.

“It won’t be your typical Stampede … it’s not the experience that you had in years past,” Kristina Barnes, communications manager with the Calgary Stampede, told a CBC Radio programme on Friday.

She said organizers were still deciding whether to include rodeo or the grandstand show in this year’s version.

Known as “the greatest outdoor show on earth,” the Stampede draws tourists from around the world for its rodeo and chuckwagon races, but much of the action happens away from official venues at parties hosted by oil and gas companies.

“The Safest and Greatest Outdoor Show on Earth is what we’re going to call it this year,” Barnes said, adding the organizers are working directly with Alberta Health to ensure Stampede experiences stay “within the guidelines” that may be in effect in July.

The event is scheduled to take place between July 9-18, according to the Calgary Stampede website.

Barnes and the office of the Alberta premier were not available for immediate comment.

The cancellation of the event last year was a crushing disappointment for Canada’s oil capital.

The news comes as Alberta has been dealing with a punishing third wave of the pandemic, with the province having among the highest rate per capita of COVID-19 cases in the country. Data released on Friday showed the province had 1,433 new cases, compared with the seven-day average of 1,644.