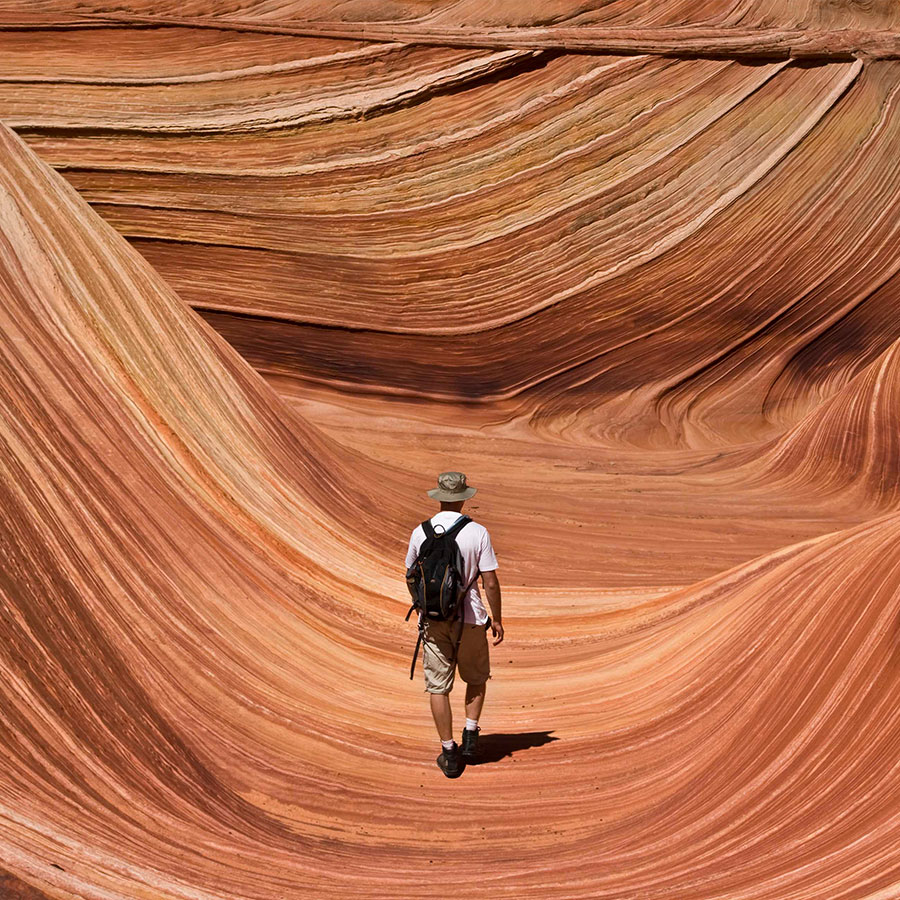 Kanab is sometimes called Little Hollywood, owing to the number of TV shows and movies shot in the region, including 'Stagecoach' with John Wayne, 'The Lone Ranger' TV series and the original 'Planet of the Apes' movie. Photo: Christian Kaiser/EyeEm/Getty Images

Utah is a stunningly beautiful and diverse state, with plenty of lesser-known cities and attractions. Here are some must-see spots on your next visit.

Natural hot springs with water as blue as a sparkling sapphire. Buildings that look like they were lifted out of the Swiss Alps. Beautiful desert and mountain scenery. Midway is perhaps the most surprising place in the state of Utah. The Homestead Caldera, which locals simply call, The Crater, is a natural hot spring that’s open year-round and is popular with those looking for a soak, as well as swimmers and even scuba divers. The water is between 90 and 96 degrees Fahrenheit and the crater is a full 122 meters wide, with a cathedral-like dome over the top to shield bathers from the elements. The town of Midway is also home to Zermatt Utah Resort and Spa and other buildings done up in a Swiss style. Midway is just south of Park City and less than an hour from Salt Lake City.

Southeast Utah is home to several amazing destinations. Canyonlands National Park gets a lot of attention, but you’ll also find stunning, eroded mesas in Monument Valley. The tiny town of Mexican Hat is named after a curious rock formation that could look like a sombrero if you’ve had a couple too many margaritas. You’ll find 366 metre-high sandstone cliffs in nearby Cedar Mesa and beautiful red rock formations in the Valley of the Gods. Mule Canyon is a lovely spot in the Cedar Mesa area. The San Juan River runs through the region and is popular for river rafting. A few minutes outside of Bluff is the River House site, where you’ll find old cliff homes fashioned by the Pueblo Indians, as well as pictographs and ancient petroglyphs.

Just a few minutes from the Arizona border, Kanab is a scenic spot that’s sometimes called Little Hollywood, owing to the number of TV shows and movies shot in the region, including Stagecoach with John Wayne, The Lone Ranger TV series and the original Planet of the Apes movie. Not far from town is Buckskin Gulch, the deepest, longest slot canyon in the U.S. You’ll find terrific hiking and canyoning in the region. Kanab also is a popular spot for hot air balloon rides. The Wahweap Hoodoos are amazing, massive, white rock formations, but it does take a five-hour, 15-km hike to get there and back. Along the way you’ll pass Coyote Creek, Wahweap Creek and, for some reason, a waterway called Nipple Creek.

With all those famous canyons and arches and rock formations, it’s easy to forget that Utah also is home to beautiful, rugged mountains and small, pretty towns. Brigham City is snuggled up against the Wellsville Mountains and features Instagram-worthy architecture on Main Street, including the 100-year-old Capitol Theatre and an old courthouse with impressive pillars and a pretty cupola on top. The first part of the building was finished in 1857. Brigham City is just an hour north of Salt Lake City, so it’s an easy day trip. Just outside of town are lovely marshlands, which are home to millions of birds. The Bear River Migratory Bird Refuge is a great place to see animals in their natural habitat, with snow-capped mountains off in the distance.

This town in south central Utah is about a four-hour drive from Salt Lake City. Nearby Anasazi State Park has remains of an Ancestral Pueblo village that dates back almost 1,000 years. There’s a nice museum with interactive exhibits, as well as a replica Anasazi pit home. All American Scenic Byway 12, which runs for 196 km, has been named one of the world’s most beautiful roads. Not for the faint of heart is Hell’s Backbone Road, a 61-km gravel road that links Boulder with the town of Escalante. Roughly at the road’s halfway point is Hell’s Backbone Bridge, which features a drop of nearly 500 metres on each side. Boulder claims to be the last community in the continental United States to receive its mail by mule train. The town wasn’t opened to car traffic until a year-round road was finished in 1939. Capitol Reef National Park and Grand Staircase-Escalante National Monument are both short drives from Boulder.