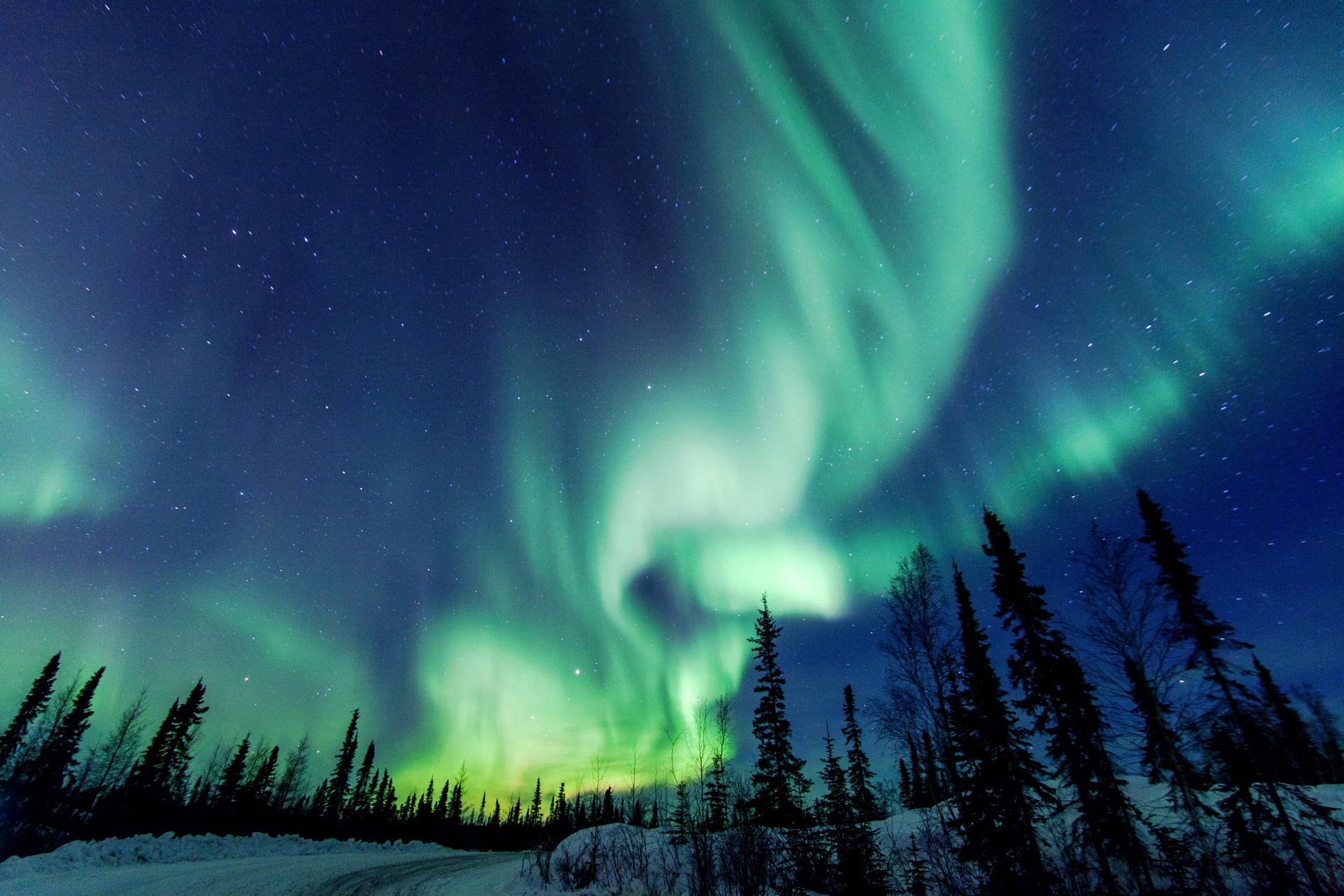 From coast to coast, we explore Canada’s natural marvels and some of the world’s most stunning sites. These destinations will take your breath away.

The rocky coasts seem a stark contrast to the icy beauties that calmly float in each spring. Don’t let that calm demeanour fool you, however — the irregular shapes of icebergs and uneven rate at which they melt can lead to some dramatic results. Not only will you see huge chunks of ice crash into the ocean, icebergs can also tip over or roll with little warning. (Like this amateur video of an iceberg breaking up near Spillers Cove, Twillingate.)

Where is the best place to see them? Try Bay Bulls/Witless Bay, St. John’s, Cape Spear, Bonavista, Twillingate, La Scie, St. Anthony, Point Amour, Battle Harbour and Cartwright. (You can track active icebergs using this online iceberg finder.) In Newfoundland, the best time to spot the bergs is late May to early June while Labrador has a longer viewing season from March to July.

You can spot some of the icebergs from land — such as Signal Hill in St. John’s or the Iceberg Alley Trail boardwalk in St. Anthony — or hop an iceberg boat tour for an up-close-and-personal look.

Few places on earth undergo as dramatic a change each day as the Bay of Fundy. Twice a day, 100 billion tonnes of salt water rushes into the funnel-shaped bay with tides rising and falling as much as 48 feet (nearly 15 meters). The bay is reputed to have the highest tides in the world.

Over thousands of years, the water has helped shape the coasts of New Brunswick and Nova Scotia. One of the most iconic sights in the bay is the “Flowerpot Rocks” or the Hopewell Rocks. At low tide, you can walk on the ocean floor, and a kayak is perfect for exploring the formations at high tide. It takes about six hours to go from one extreme to the other, so you will want to time your visit carefully. Viewing decks and trails offer great photo ops anytime, and there’s an interpretative centre nearby which explains this unique phenomenon.

The tides of the Bay of Fundy may sneak up on you, but there’s nothing subtle about the three waterfalls that collectively make up Niagara Falls. While Canada’s Horseshoe Falls aren’t the highest in the world, they get the nod for being among the most powerful. Up to 6 million cubic feet (168,000 cubic meters) of water flows over the crest every minute and plunges 180 feet (57 meters) to the river below. A steady cloud of mist casts rainbows in the air during the day, and the falls are lit up at night.

If watching from observation decks won’t do, the classic Maid of the Mist voyage offers a closer look — but be prepared to get a little wet. The White Water Walk offers a look at the swirling Whirlpool Rapids. Pack your passport and cross the border for a better look at Niagara Falls’ two other beauties: the Bridal Veil Falls and the American Falls.

The falls have also set the stage for some drama like daring rescues and daredevil stunts like Nik Wallenda’s recent tightrope walk across the Niagara River.

For more information on what to see and do in the area, see Niagara Falls Tourism.

You might feel like you’ve left the province when lush prairie plains drop off into a moonscape of striated coulees and mushroom-like pillars known as hoodoos. Tens of thousands of years of wind and rain have shaped the sandstone into a landscape you might expect to find in the dessert. The rock is filled with history too — especially the rich beds of fossils that have made the province famous for its fossils.

There are pockets of  “Badlands” throughout south-eastern Alberta, but one of the best places to see them — and experience some dino history — is the town of Drumheller and nearby Dinosaur Provincial Park. Hike into the basin of Horsethief Canyon or visit the “official Hoodoos” protected site. For more information, visit CanadianBadlands.com and Travel Alberta.

Ask anyone from the Western provinces and they’ll agree: you haven’t seen mountains until you’ve seen the Rockies. You don’t get much more dramatic than tectonic plates crashing together and thrusting stony peaks into the sky.

The mountains make for a beautiful backdrop almost everywhere you go, but to fully experience their grandeur you’ll have to hit the road. There are a number of routes into the highlands, such as the Icefields Parkway. Some of the most popular spots include the turquoise waters of Lake Louise, Banff, Jasper, Kananaskis Country, Waterton Lakes and the Kootenay Rockies (among many others). There are many ways to enjoy this natural marvel any time of year, but one of the most unique is a glacier tour on the Columbia Icefield.

In Canada’s north, the landscape is second only to the sky as Yellowknife boasts being the best place to experience majesty of the aurora borealis. No, that isn’t marketing speak: Yellowknife is one of the few places that normally falls in the “aurora oval” — a ring of geomagnetic activity surrounding the North Pole that rarely stretches far enough south for most of us to see the Northern Lights. The flat landscape of the Northwest Territories offers a uncluttered skyscape for viewing.

While there are over 240 good viewing days a year, experts say the auroras are at their best in Yellowknife and nearby Aurora Village from mid-December to mid-March when the nights are longest. Too cold for your liking? Fall and early spring are also good viewing times if you don’t mind a few late nights. Local tour companies offer a variety of viewing options from dog team excursions to 360 views from heated observation decks. See Spectacular NWT and Aurora Village for more details.

Perhaps a trip up north isn’t the in cards this year? You can catch some of the action on the Canadian Space Agency’s AuroraMAX website.

Ticket to Ride: Back in the Saddle and Back to Nature in the Yukon