Greek Revival: Visiting the Greek Islands and a New Gem in Athens 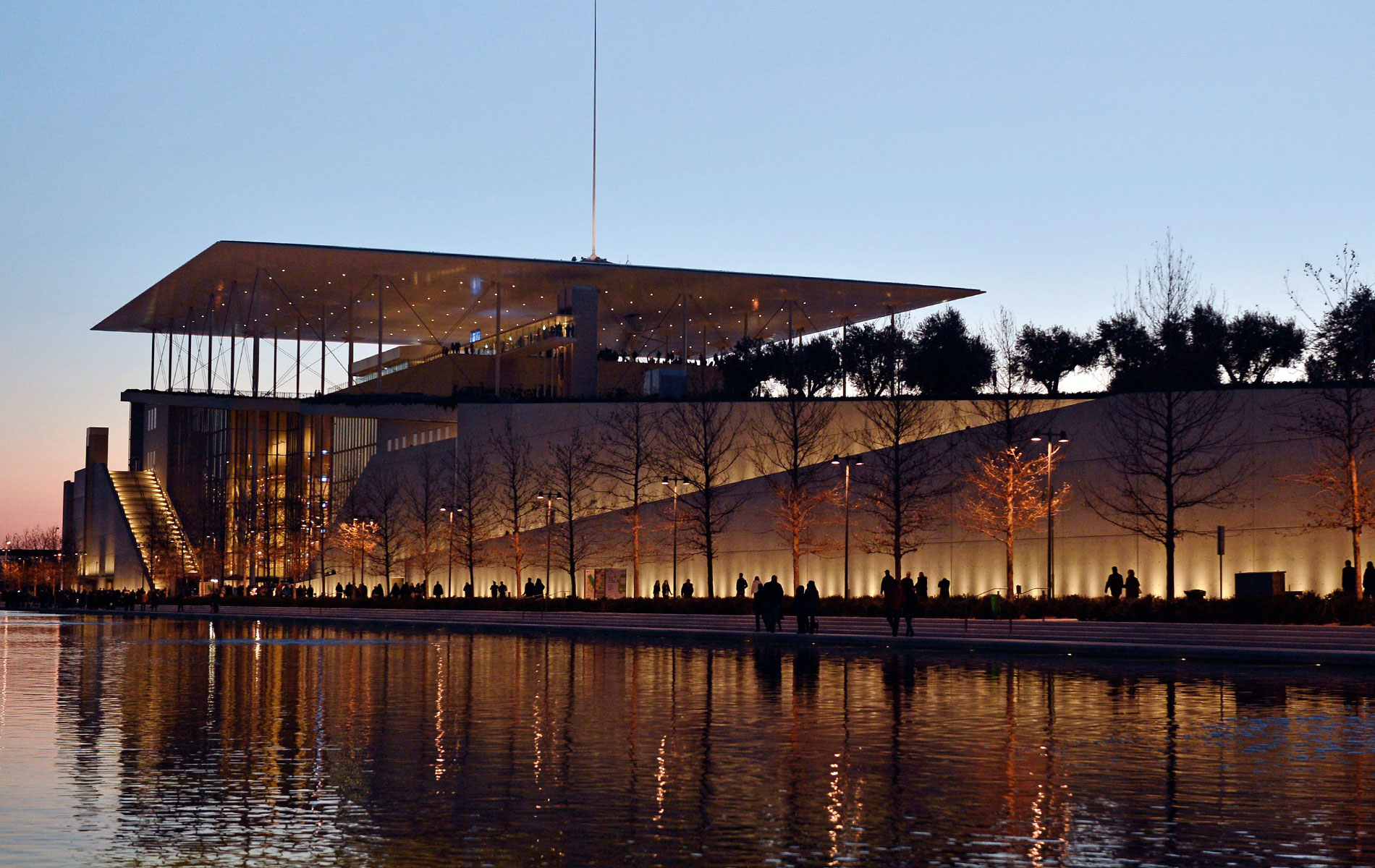 Nothing can break the spirit of the Greek people,” said former U.S. President Barack Obama this past November on his official visit to Athens.

It’s in this spirit that the Niarchos family–of shipping magnate success and gossip column headlines–has created the city’s latest gem, the Stavros Niarchos Foundation Cultural Center, where Obama spoke. The centre is the new home of the National Library of Greece (including books dating back to the ninth century) and the Greek National Opera, alongside public parks and gardens, with a hillside view of the sea and the city.

But it’s an Italian who has cemented the vision here: the architect Renzo Piano–think the Whitney in New York and The Shard in London–gives a nod to his ancient Mediterranean cousins, working with a landscape architect to add a playful labyrinth on the lawn, and the agora, or central plaza, where in classical times citizens would regularly gather to shop, debate politics and espouse democracy. How very 2017.

Or heed the siren call of the sea on Celestyal Cruises’ Iconic Aegean itinerary (www.celestyalcruises.com). The only company traversing the Greek Islands that makes its home port in Greece, its itineraries feature off-the-beaten-path islands such as Samos, Patmos and Rhodes. Wallet-friendly alert: last year, Cruise Critic UK awarded Celestyal Best Value for Money in the ocean-faring category. Opa!

A version of this article appeared in the May 2017 issue with the headline, “Greek Revival,” p. 30.