Why I Live Here: NORTH BAY 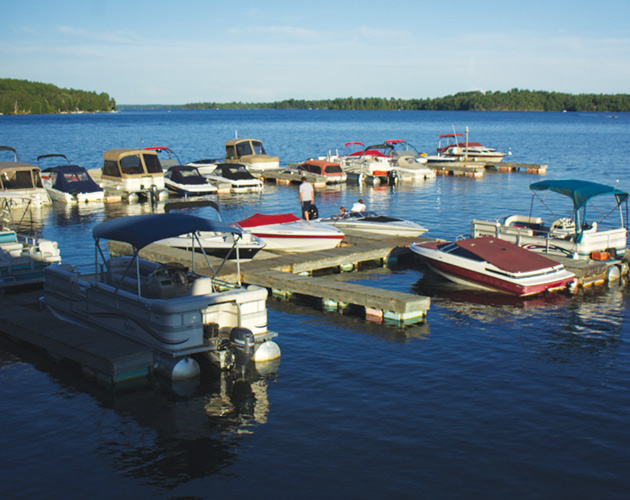 Lynn Johnston is a giver. For more than 30 years, she has given us laughter with For Better or For Worse, her eminently relatable comic strip about family life. Today, the 65-year-old  provides artistic and financial support to a range of causes for people and pets. It’s fitting that this generous soul lives in a close-knit northern community where big-heartedness is a way of life.

“We moved here [around] 1985. We were buying an aircraft and a friend who was a pilot said fly up to North Bay and have [a] look at it. We circled over Trout Lake and saw a gorgeous piece of property for sale that’s a two-minute drive to North Bay. The view is breathtaking. I have this massive panoramic view of the lake, and I can see right down into the city with the lights. My daughter lives in a different house on the same bay [with her] baby girl.”

“North Bay was the model for the small town that [comic strip characters] John and Ellie lived in. The wonderful thing about living in North Bay is that you get to know the people who own the independent shops. I had a bookstore owner to talk to about running a bookstore and I knew a librarian I could talk to about working in a library. I had the resources right here. People are thrilled to help you out, and love knowing that a character was based on them.”

It’s in her to give

“I think it’s my duty. I’m a single lady, my house and car are paid off, my kids are gainfully employed, [so] I like to focus on my own town. We have some marvellous resources here that are run by people who make next to nothing and are on the job 24 hours a day. They do it because they’re driven to do good things. They’re the unsung heroes of our world. We have a beautiful waterfront with walking paths, and a whole team of volunteer gardeners, the Community Waterfront Friends.”

“North Bay has all the amenities of a major city. The downtown is charming. We’ve got clean lakes, fresh water, fresh air. There are a number of things in town, including the theatre; live theatre in northern Ontario is better than anyone would ever imagine. There’s a place called Average Joe’s, which is a funky restaurant with big glass windows overlooking the lake. I’ll often take the canoe there for lunch. There are outdoor concerts, and a really nice farmers’ market every Saturday. We have a big sandy beach. I see no reason to move!”

Mike Holmes at Royal LePage North Bay Real Estate Services Brokerage was born and raised in North Bay. He has sold real estate in the area for an impressive 36 years.

“Zoomers are very active. In North Bay, you can get out for a quick ski, and there’s a big walking path right through the city. You have half a dozen golf courses here – all close by. Our city’s been working hard on economic development.

North Bay is nestled between two lakes, so recreation revolves around water: kayaking, water skiing, ice fishing, boat cruises. The Laurentian Ski Hill is in the city centre. Stable employers include the new hospital, Nipissing University and the mining industry.