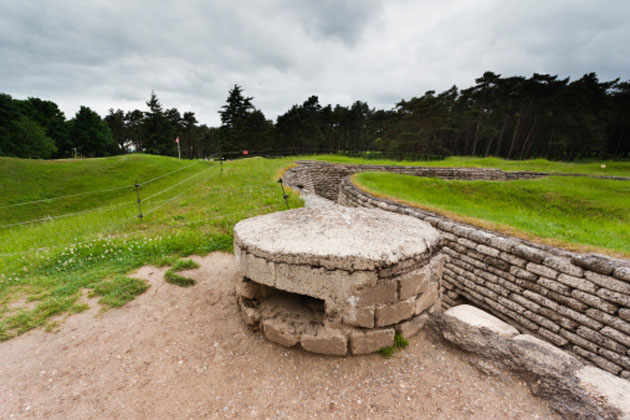 Two anniversaries that changed the way we view the world

The 100th anniversary of the First World War. Lest we forget, we’re commemorating this world-changing event by visiting Belgium and the Canadian connection to Flanders Field and the battle at Passchendaele; The Balkan states, particularly Sarajevo, where the war began with the assassination of Archduke Franz Ferdinand of Austria; and France, where our troops fought valiantly and victoriously at Vimy Ridge. For more, go here or take a look at Insight Vacation’s offerings: The Canadian Battlefields of Europe itinerary runs from July 6-18, 2014 and costs $3,999 per person. (For more information, contact Insight’s Sale Centre at 1-800-387-8490 or call your local travel agent.)

As well, Trafalgar offers a 13-day trip to WWI & WWII’s most poignant sites in England, France, Belgium and The Netherlands. Travellers can take advantage of Trafalgar’s Early Payment Discount of 10% off the cost of 2014 Europe & Britain summer guided vacations, as well as 10% off flights, when the trip is booked and paid in full by January 15th, 2014. (See www.trafalgar.com or see your local travel agent.)

The 50th Anniversary of the Beatles invasion! Head straight to Liverpool, England, for Beatles-themed tours of the city and the Fab Four’s stomping grounds, lead by local experts, and finish off with a beer and live music in the Cavern, the Beatles’ favourite haunt to show off their revolutionary tunes. www.visitbritain.com. Closer to home, you can visit New York City, where the Beatles played the Ed Sullivan Theater (now home to The David Letterman Show). see the Strawberry Fields memorial to John Lennon in Central Park, and take in a concert at Carnegie Hall, where the boys also performed. www.nycgo.com

February 7th, 2014 marks the 50th anniversary of Beatlemania touching down in North America and Trafalgar invites fans of the band to follow in their footsteps in their hometown. With five itineraries stopping in Liverpool, Trafalgar’s Local Expert, Phil, takes guests on an exclusive Magical Mystery tour of the city, sharing his first-hand stories and visiting iconic sites made famous by the band – like Penny Lane and Strawberry Field – before settling down for a drink in the Cavern Club, the very place The Beatles used to play in their early years. Check out a sneak peek of the tour in a video of Phil bringing The Fab Four to life with stories of their childhood and musical fame. If you book and pay in full by March 31st 2014, you can also save up to $1,274 per couple* and 7.5%** on flights with Trafalgar’s Early Payment Discount on 2014 Summer Europe & Britain guided vacations.