Savvy Travel: 8 Places to Go Before They Change 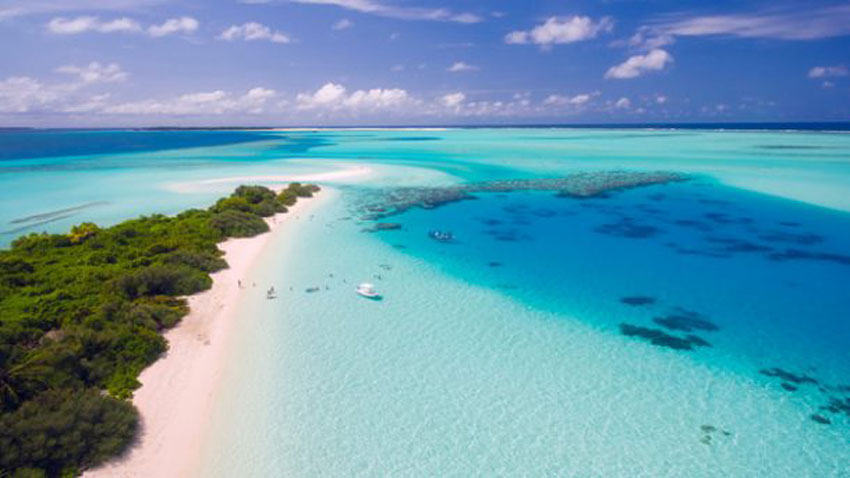 The disappearing coastline of The Maldives, Indian Ocean

Where to go next? We’ve been feeling a sense of urgency to visit these destinations before they’re affected by the winds of change.

Brexit and a still possible Grexit in the making, suggest that the countries that pretty much book-end Europe – the United Kingdom and Greece – and Cuba opening up to the U.S. market, combined with its bigger beaches/bang for your buck appeal continue to fascinate travellers. The drop in the British pound versus our Canadian dollar makes the UK affordable (sort of) and Greece has never been more inviting to travellers. They just do hospitality right.

Along with these three Zoomer picks, we’ve asked the adventure travel specialists at World Expeditions to weigh in on where they’re heading now, creating travel itineraries for their guests before these places change forever. The big news? They shared with us their pick of five places the United Nations World Tourism Organization (UNTWO) have identified as spots among a larger group of fragile locations that may completely transform in the future.

This island, known for its all-inclusive resorts and pristine beaches offers a few other reasons to visit, including nine UNESCO World Heritage Sites, more than any other island in the Caribbean. Plus, with Prime Minister Justin Trudeau’s recent visit and the pending open relationship with United States has put Cuba on the map. And, according to Virtuoso, the global network of luxury travel agencies, in its 2017 Virtuoso Luxe Report, Cuba tops the list as both an emerging destination and one in danger of losing its distinctive character.

Greece is a Hall of Fame destination. It’s warm people, warmer sunshine and well-honed level of hospitality all help to overcome the country’s economic woes. Its open-arms welcome to the refugee crisis, which resulted in a Nobel Peace Prize nomination – for a country! – shows a people with compassion and generosity, able to rise above. Opa!

Brexit has made Britain one of the hottest topics of 2017. And, it has impacted the British Pound in a way that makes England, Scotland, Wales and Northern Ireland much more appealing and affordable. London is worth the splurge, with some of the best hotels and restaurants on the planet. Paired with a vast array of free galleries and museums, well, pip, pip, cheerio.

Click through for five more places, according to World Expeditions, to see before they change forever. Deforestation in Madagascar is an ongoing environmental issue. Once covering an estimated surface of over 300,000 square kilometers, it’s now down to merely 50,000. Home to a number of rare plant and animal species found nowhere else on Earth, unique Madagascar‘s forest ecosystems are at risk of being rapidly destroyed by logging, burning, and poaching. One of the most unique natural features on Earth, the Dead Sea has already shrunk by a third in the last 40 years. At the current rate, it is expected to dry out completely by 2050 due to a lack of water resources. The lowest point on the planet, its surface level has to continually be re-estimated as it drops by more than a metre each year. World Expeditions visits the Dead Sea on its Best of Jordan itinerary. An African icon, Mount Kilimanjaro‘s snow-topped summit is at risk of disappearing completely by 2030. Rising global temperatures, diminished snowfall, increased evaporation, and changing precipitation patterns all contribute to threaten its shrinking glaciers, which are estimated to be 10,000 years old. Having survived for over 2000 years, China’s 20,000 km-long Great Wall is slowly vanishing. Roughly 30 per cent of the largest man-made structure in the world has been destroyed due to natural erosion, decay, and human activity such as theft and vandalism, the last of which prompted China to launch an official inspection into its conservation situation last year. As the lowest country on Earth, The Maldives, the beautiful nation of nearly 1,200 islands in the Indian Ocean could be completely engulfed by water within the next 100 years if sea levels continue to rise. The risk has become so great that the Maldivian government has purchased land in other countries for citizens who face displacement.