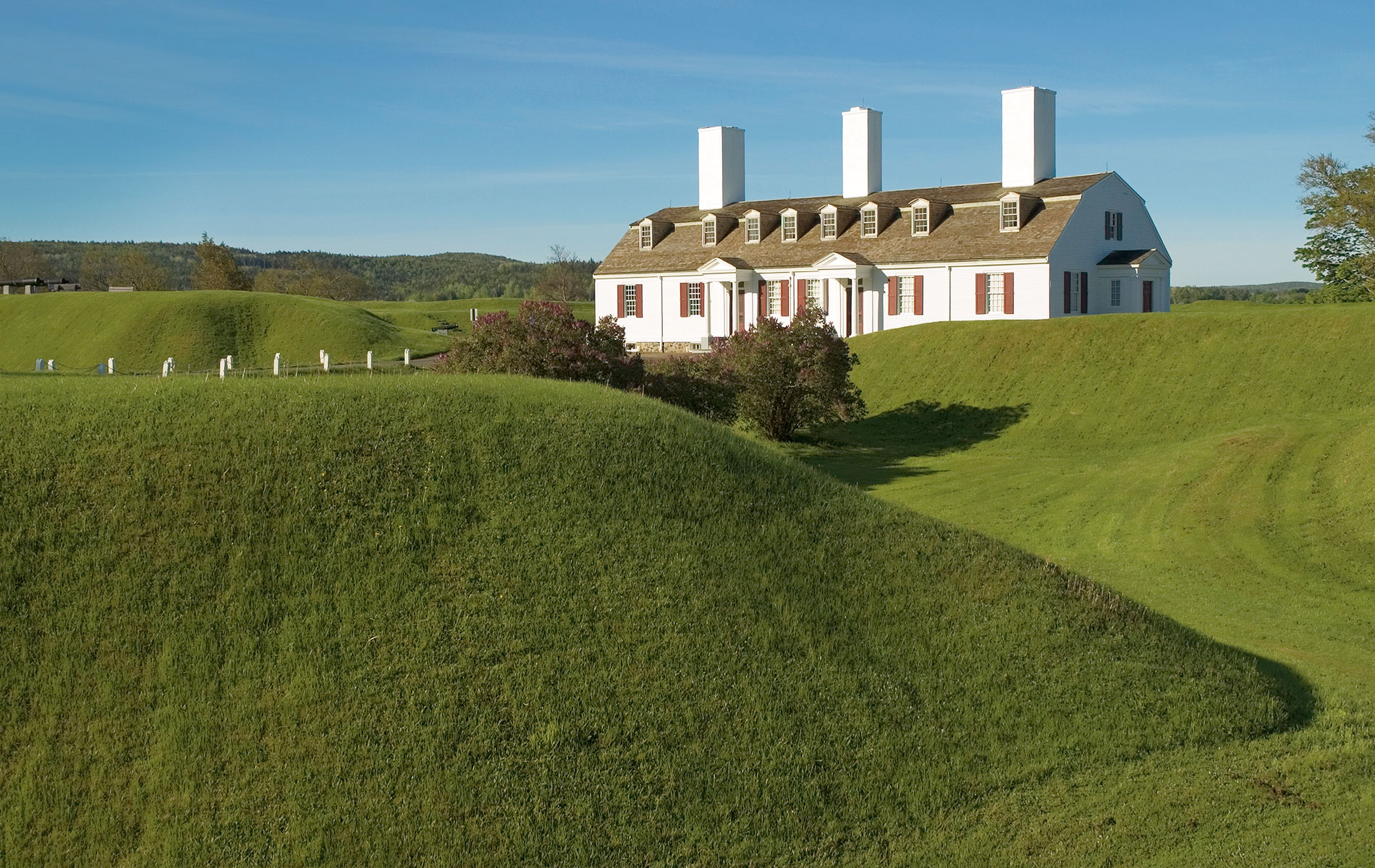 My wedding ceremony took place on one of the most bitterly fought-over bits of land in Canadian history. As my soon-to-be-husband and I stood on the grounds of Fort Anne in Annapolis Royal, N.S., the past seemed to send a message: you can fight continuously and engage in protracted struggles for the upper hand and still be happy in the end.

“You sure you want to get married outside?” the justice of the peace asked as we trudged up Fort Anne’s steep embankment. “It’s 20 bucks extra.”

Of course I wanted to get married outside. From the top of the hill, standing above a prisoner’s dungeon (this also seemed symbolic), I could see the whole of my favourite place, where half my family history is stored. I could see the pretty houses of Canada’s oldest town, the river I swam in as a child, the famous gardens my mother loved to visit.

I could see the causeway that led to my grandparents’ house, where I hunted for scallop shells when the tide went out. I could see the road to Round Hill, where I spent summers with my grandmother after my grandfather died. And I could see the graveyard in Annapolis Royal where she finally joined him.

The town that had seemed so stiflingly, laughably small to me as an adolescent—a visitor from the glamopolis of Toronto—encompassed the whole world on the day of my marriage. My siblings and I joked, when we were kids, that the streets of Annapolis Royal were rolled up at 5 p.m. sharp, and everyone went to bed an hour later.

“There’s nothing to do around here,” I would moan at my grandmother, as we visited another ancient relative (it was a family joke that my grandmother was related to half the Annapolis Valley and had babysat the other half). The height of excitement, for me and my local friends, involved the arrival of the wiry, foul-mouthed carnies who pulled into town with the fair for a night or two: they sat chain-smoking by the river, and we edged near to them, wary and thrilled to be circling such dangerous creatures.

The Italian side of my heritage—my father’s side—had always seemed more glamorous and enticing than the Nova Scotian side: more fiery, more cosmopolitan. But when I became an adult and returned to Annapolis Royal on my own out of fondness rather than compulsion, the town’s slow charms wound themselves around my heart. I would visit my Aunt Goldie or my Uncle Freeman or my grandmother’s other wonderfully named siblings and listen to the ways things used to be and feel the city tensions seep from my city bones.

When my husband and I discussed eloping, there was only one place I could imagine doing it. That was almost 20 years ago. This summer, we’ll take our kids back to the town that was founded in 1605 and show them where we got hitched, and possibly they’ll roll their eyes. Possibly they’ll keep coming back, too.

There are fewer than 500 residents in Annapolis Royal, living in a magical pocket surrounded by two rivers. Its streets are lined with beautiful wood-frame houses, some of which are now bed and breakfasts. The streets still roll up at 5, although there are guided candlelight tours of the garrison graveyard at night.

It’s a popular place for tourists who favour beauty and peace over action of any sort. This town, founded on Mi’kmaq territory, bloodily contested by the French and the English, where Acadians were once torn from their homes, is the place in my head that represents calm and happiness. That, in a nutshell, is Canada: a fractured place, now mended, surrounded by the sea.

A version of this article appeared in the Special 2017 Edition with the headline, “Maritime Majesty,” p. 78.