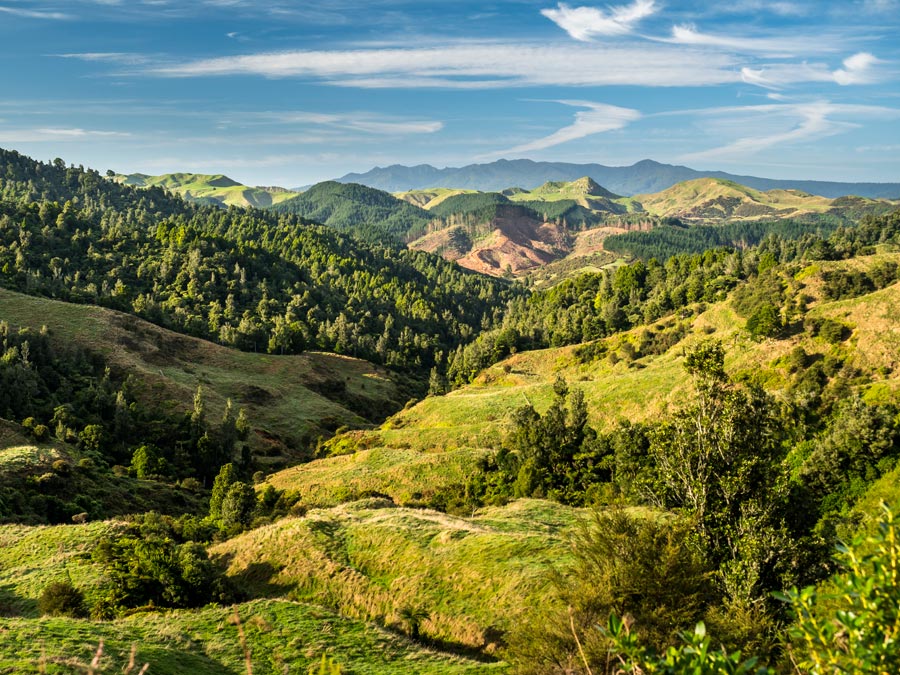 The summer view of Trolltunga (The Trolls tongue) in Odda, Norway

If you’re a movie lover, then you know the voyeuristic delight of being an armchair traveller. From the likes of Star Wars that took us to the deserts of Tunisia, which doubled as Tatooine, to The Lord of the Rings, where New Zealand is forever ingrained in our minds as Middle Earth, film, whether on the big screen or on television, can take our imaginations to amazing places on this big blue planet. It inspires our wanderlust and, hopefully our desire to get out there and explore and travel!

According to our fellow travellers at adventure tour operator Exodus Travels, “this year’s blockbusters and TV series aren’t just a good excuse to devour that entire bag of popcorn, swoon over A-list celebrities and escape the reality of everyday life.”

To wit, the company is offering small group and self-guided trips, and is encouraging travellers “to get off their couches to be cast in the leading roles of their own active vacations, exploring filming locations and setting inspirations from this year’s biggest blockbuster hits.” We like that idea, very much.

Here, we ask the experts at Exodus Travels to give us their pick of 12 on-screen adventures – and the amazing destinations in which they were filmed

The Close Up: Cast members Tom Hiddleston, Samuel L. Jackson and John C. Reilly say the places where they shot Kong in Vietnam are the most beautiful locations they’ve ever been.

The Expert Take: Emerald waters among limestone peaks, vibrant green paddy fields, and endless stretches of rivers, the stunning Trails of Vietnam is the last place you’d expect to find King Kong terrorizing mankind. Fans of this mighty primal king can discover Vietnam on foot, in the saddle and with a paddle.

The Show: Master of None, Season 2

The Close Up: Aziz Ansari followed his wanderlust to Italy to eat, drink and master the art of pasta in the small town of Modena.

The Expert Take: Travellers can master their foodie and active adventures by cycling the quiet classic roads through Tuscany’s evocative and romantic scenery where Master of None episodes were filmed and experience for themselves those delicious, homemade Italian dishes, local wines or simply watch the world go by with a glass of Chianti in hand.

The Close Up: The real-life locations that director Ridley Scott chose to film otherworldly scenes on a remote planet, perfect for the hard-core sci-fi fan.

The Expert Take: New Zealand is jam-packed with out-of-this-world adventures, from exploring Jurassic-like rainforests, hiking glaciers and climbing up volcanic peaks to slowing down and enjoying fish and chips on the beach. It’s an active adventure of a lifetime, yet there’s no need to be abducted by aliens to discover what makes Trekking in New Zealand extraordinary.

The Movie: Pirates of the Caribbean: Dead Men Tell No Tales

The Close Up: Scenes of Captain Jack Sparrow saving the girl and the Pearl from a Dead Man will have movie lovers wanting to set sail for their own tropical island thrill on the Whitsunday Islands.

The Expert Take: There’s no better place to kickback and snorkel for underwater treasures or crank up the volume to an action-packed, active adventure than exploring Australia’s Reef & Rainforest, the location where Johnny Depp plays the infamous rum-aholic hero once again.

The Place: The Amazon

The Close Up: On location where Diana is trained as warrior and princess.

The Expert Take: For a real life dose of a superhero adventure, follow in the footsteps of Wonder Woman. Explore her origins in the ancient civilization and dense jungles of the Amazon Rainforest.

The Movie: The Mummy

The Close Up: Experience the locations where Tom Cruise performed his own stunts.

The Expert Take: Travellers won’t need to be cursed by the Mummy to bring home memories of ancient temples, tombs, the Great Pyramids, treasures of King Tut or the Valley of the Kings; rather they can cruise the Nile to experience all the sites in a comfortable fashion, while enjoying beautiful sunsets, lush green banks and watching local life go by.

The Movie: 47 Meters Down

The Close Up: The Sea of Cortez, what famed ocean explorer and filmmaker Jacques Cousteau called the aquarium of the world.

The Expert Take: Exodus’ Journey to the Sea of Cortez offers a trip for the true adventurer. Explore a World Heritage Site known as one of the most bio-diverse seas on earth and home to the world’s largest and beloved fish, the Whale Shark.

The Movie: Transformers: The Last Knight

The Close Up: Adventurers will be transformed as they warm up with a glacier walk on the Folgefonna glacier and reach the climax of the trip with a walk up to the famous Trolltunga, where a scene in Transformers was filmed.

The Expert Take: Whether rooting for the Autobots, Decepticons or the future of humankind, thrill seekers and nature lovers alike will get an adrenaline rush from Norway’s scene-stealing, jagged edge coastline. The scenery is more epic than anything Michael Bay could pull off on the big screen to date!

The Expert Take: For those who have discovering South Korea on their bucket list, binge-watching Okja and then heading to the “Land of Morning Calm” will no doubt turn a quirky fantasy into an unforgettable reality.

The Movie: War for the Planet of the Apes

The Close Up: Watch as highly intelligent Apes avenge their kind in the ancient forests of Tofino and Vancouver.

The Expert Take: Wildlife enthusiasts and thrill seekers will swing to new heights exploring Western Canada’s gems and off-beaten path sites across the Rockies & Vancouver Island. Sightings of bountiful wildlife including Black and Grizzly bears, deer, moose and coyotes all with responsible tourism in mind are sure to increase travellers’ IQs and gain a whole new connection to Canada’s incredible wilderness.

The Show: Game of Thrones, Season 7

The Close Up: No matter who fans are cheering for in the land of Seven Kingdoms, they can visit the destinations where their favourite GOT characters (dead or alive), fought for survival or the chance to sit on the Iron Throne.

The Expert Take: Visit the real land of Ice and Fire on a Grand Tour of Iceland or the Iceland Walking Explorer to discover what’s beyond the wall at Vatnajökull, Europe’s largest glacier.

The Close Up: In this adaption of Stephen King’s series The Gunslinger, Roland Deschain roams an Old West-like landscape where “the world has moved on.”

The Expert Take: Fans will be pleased to know that some scenes were shot in South Africa’s most cosmopolitan city Cape Town, where in real life camping in Cape Town to Victoria Falls has plenty of life to be found. This trip explores Namibia’s spectacular desert landscape, wildlife-rich game parks, one of the largest inland deltas on Earth in Botswana and the mighty Victoria Falls on the border of Zimbabwe and Zambia.

For more information about Exodus Travels trips around the globe, please visit www.exodustravels.com.