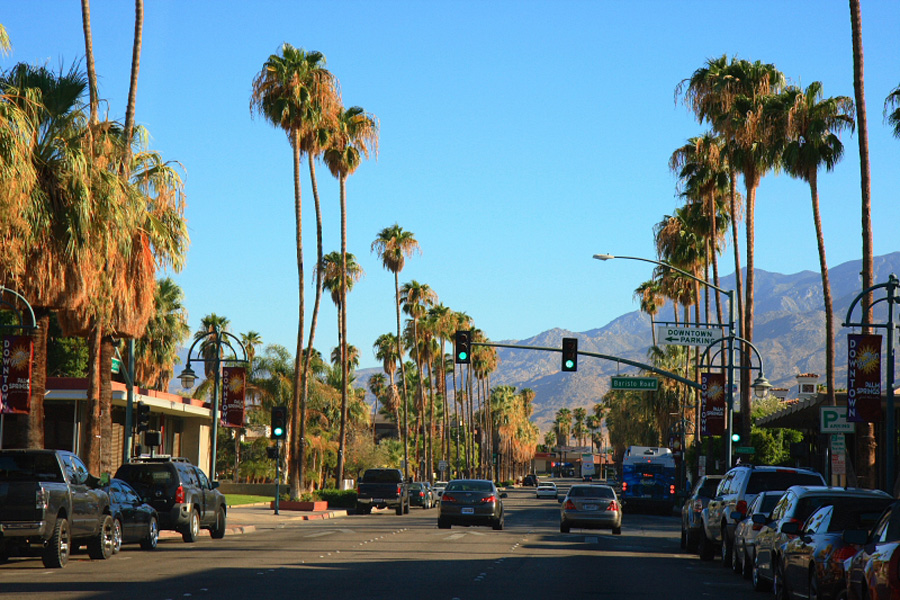 We’ve got plenty of reasons for California dreaming.

I’m into the Beatles and Blue Rodeo. My dad is 84 and loves the likes of Mel Tormé and Lena Horne. But we both love a good piano bar.

We’re in Palm Springs on a “boys getaway.” I’m thinking about taking him to a place downtown that my wife and I sauntered into the year before, where older singers from an era I never knew sang tunes behind a wonderful piano player and where “old-fashioned” described far more than the drinks. But the place I’m thinking of is closed on this night.

I ask a guy at one of the bright, downtown shops for advice.

Then he pauses. “It’s a nice place but it’s a lounge at a golf course. And you kind of enter through a trailer park.”

It sounds crazy, but I’m intrigued. I mean, anyone can go into a bar on the main street, but a golf course restaurant inside a trailer park? Back at my hotel, I fire up my laptop and check out the place. It looks fine. And then I read that Bill Marx is not only a crack piano player but the son of Harpo Marx.

I’m gobsmacked. I adored the Marx Brothers as a kid, walking around the house mimicking Groucho’s line about shooting an elephant in his pajamas. My mom, who’s been gone 13 years now, always loved that line, too.

Dad and I agree it sounds worth trying. So after dinner at Tommy Bahama on the posh El Paseo, we make our way to the golf course. It’s not so well-marked and, yes, we end up driving down a narrow, quiet road past some double-wide trailers. We find a golf course at the end of the road, with a small building that has a few lights on.

We wander in and find Marx at the piano and perhaps 15 or 20 people in the audience. He’s just taking a break so we order drinks and wait for the music to begin again.

Twenty minutes later, a fellow who used to live in Toronto but moved to Hollywood to work as a TV writer, gets up and does a lovely job on a tune called “My Romance.” Another fellow sings, “Till There Was You” from The Music Man while Marx tumbles the piano keys.

A woman sitting near us gets up. She looks elegant and starts telling a story about how she was a singer on the Sunset Strip in Hollywood back in the day. She launches into “Let’s Do It (Let’s Fall in Love)” by Cole Porter but, after warbling the bit about how “bees do it,” she suddenly stops. “I forgot the words,” she says sheepishly. “That was my song, and I forgot the words.”

Marx jumps in with a flash. “Not to worry,” he says, grabbing the spotlight so the woman can return to her seat with dignity. “I remember being at a party at Groucho’s one night, and Mae West did this five-minute soliloquy and then got up to sing her best-known song. She forgot the words, too.”

More singers come and go over the next hour or so. My dad is next to me at our table, tapping his toes and singing along in his low voice. I find it tremendously comforting to hear him sing as it reminds me of road trips we’ve taken together with his favourite 1940s tunes on cassette tape. “Dad had me in his act when I was young,” Marx tells me. “I took care of the props and all the music. I was pretty well vaccinated with showbiz and of course I inherited a comical dependency.”

Marx, 79, grew up in Los Angeles but said his dad sent him to school in New York to learn about the world. He studied at Juilliard but had always loved the piano so went back to L.A. and played jazz piano in “smoky dives.” He also did soundtracks for horror movies. But he loved hotel lobbies and lounges the most as he could interact with people.

The music over, I walk up and congratulate Marx on how he handled the woman who forgot her song. He gives it a shrug and a smile and goes back to playing for the tiny crowd.

“I play a couple of nights a week so my mind doesn’t atrophy,” he tells me in an email later. “I also have to make sure I keep off the streets and don’t live a life of crime.”

A version of this article appeared in the November 2017 issue with the headline, “Palm Springs Eternal,” p. 84-85.