Fall at The Shaw 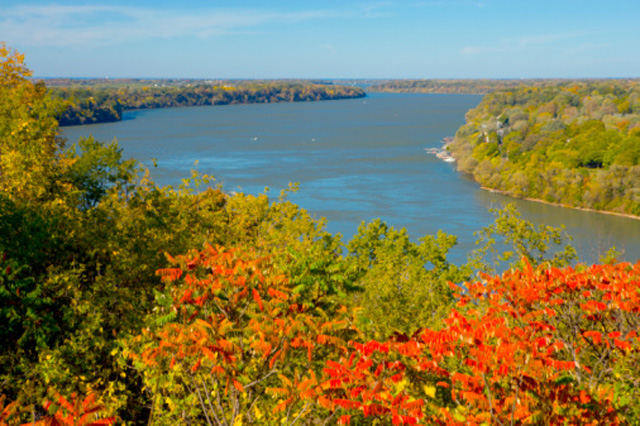 In the historic village of Niagara-on-the-Lake, it’s easy to feel pulled back in time to, say, the era of acclaimed playwright George Bernard Shaw.

Nearby this 19th century village with its horse-drawn carriages and cozy cafes are the rolling vineyards of wine country and the splendor of Niagara Falls. But for theatre lovers, the real draw is the world-class Shaw Festival with fans of George Bernard Shaw filling The Shaw’s four theatres to view its repertoire of classics, comedies, and dramas.

Launched in 1962, The Shaw is the only theatre in the world specializing exclusively in plays by Bernard Shaw and his contemporaries, as well as plays about the period during which Shaw lived (1856-1950). Shaw, who was known for his wit and irreverence, wrote over 50 plays and is acknowledged as one of history’s greatest playwrights.

“In the spirit of Bernard Shaw, the Shaw Festival provokes the mind and stirs the soul through a theatre experience so compelling that, year after year, ever broadening groups of artists, audiences and supporters are drawn to our work in Niagara-on-the-Lake and beyond,” says the festival’s public relations director, Odette Yazbeck.

“Our playbill not only includes plays by Shaw, but also those by his contemporaries like Oscar Wilde, Chekhov and Noel Coward to name a few. The mandate has been expanded to include new plays about the period of Shaw’s lifetime (1856-1950) and most recently, to include plays by what we’re calling the ‘new Shavians’ — playwrights who write in that same provocative way that made Shaw so intriguing a playwright!”

A few highlights this year?

“In keeping with our tradition of bringing word-class theatre to life on our four stages, The Shaw is pleased to offer the contemporary Tony-award winning musical Ragtime, based on the book by E.L. Doctorow,” says Yazbeck. “Sharing the Festival stage is the wit and charm of Noel Coward seen through the dazzling production of Present Laughter. The Royal George has an element of Oh la la this season with Terrance Rattigan’s rollicking French Without Tears and the Court House stage is tension personified in the gripping drama A Man and Some Women by Githa Sowerby. These are just a few of the 11 plays taking place during the Shaw Festival’s 51st season of great theatre in the heart of Niagara wine country!”

This year’s playbill includes 11 productions which will run on the Festival’s three Niagara-on-the-Lake stages and the Studio Theatre. Larger productions are performed at the more modern Festival Theatre while the Royal George stage, which was built as a vaudeville house during World War I, offers a more intimate setting. Finally, the Court House Theatre is staged on the second floor of an old courthouse. (You can visit the jail during intermission.)

Here is a run down of this season’s line-up:

Ragtime Book by Terrence McNally, lyrics by Lynn Ahrens, music by Stephen Flaherty, based on the novel Ragtime by E.L. Doctrow
Present Laugher by Nöel Coward
His Girl Friday Adapted by John Guare from “The Front Page” by Ben Hecht and Charles MacArthur and the Columbia Pictures film

Helen’s Necklace by by Carole Fréchette, in an English version by John Murrell

The Shaw offers get-away packages for day-trippers and those who wish to stay longer.
Think gourmet picnic lunches, fine dining and wine tastings paired with great performances. Other packages include a behind-the-scenes tour of the Festival Theatre, creative workshops and special arrangements for children.

The Niagara-on-the-Lake Chamber of Commerce provides visitor information and accommodation services. Visit their website at www.niagaraonthelake.com