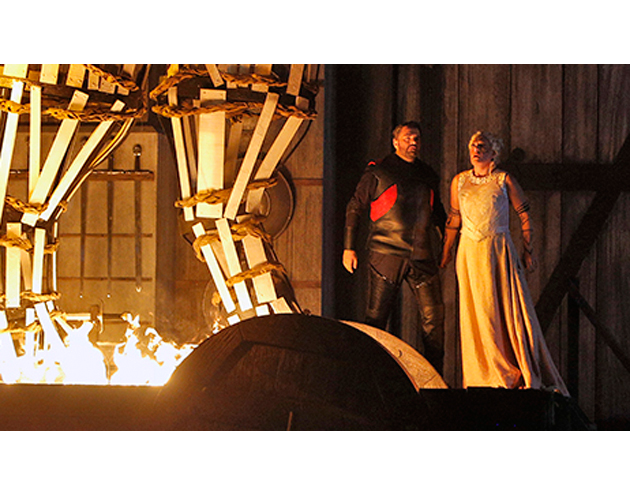 Stephen Lord will be conducting the Canadian Opera Company’s production of Norma eight times during its run at the Four Seasons Centre in Toronto, beginning Oct. 6 and ending Nov. 5.

And every single time, he will be moved, sometimes to tears, by one line in the opera just as he has been every time he’s conducted Vincenzo Bellini’s masterpiece, most recently at the English National Opera and 18 years ago at the COC.

He translates the line from Italian, “It’s too late that I’ve really figured out who you are. I finally know who you are and it’s too late.”

“It’s sung by Norma, the Druid princess who has been cheated on and betrayed by Pollione, her lover, her Roman enemy and the father of her children,” he explains.

When Lord hears it, he says, “I think so much about my own life, so many things in the past that I could have done differently, so many people in the past. It makes me incredibly…not sad, really, but emotional. Here was Bellini sitting in his room writing this and what was it that touched him? I happen to think it was divine intervention, something not of this world, outside of anything we understand.”

And it’s his job as music director, he says, “to express that to the public.”

Lord is a specialist in bel canto opera, which translates literally as “beautiful singing” and usually refers to the style of Italian opera of the late 19th century. It’s singing that’s smooth, light, embellished. It’s been defined by critic Anthony Tommasini as “a beautiful voice singing a beautiful melodic line beautifully.”

Although Lord has conducted bel canto operas all over the world, he expects to have an exceptionally good time with this particular production.

Stephen Lord has been involved with the COC since the 1980s when the Studio Ensemble, the training program for young singers, started.

“I’ve known Sondra (Radvanovsky who sings as Norma for the first four performances) since she was a young artist at the Met. Russell (Thomas) started off in the young artist’s program in St. Louis and I’ve watched his career take off,” he says. “Kevin Newbury (director of Norma) was an assistant many times on productions I’ve done.”

Watching young artists like Radvanovsky develop into internationally acclaimed divas is one of the benefits of growing older, Stephen acknowledges.

Another benefit, he says, is that at age 67, “What I’ve gained is not caring so much. When you’re young, you worry what the critics are going to say, whether the singers will like you. Now, you don’t worry about that stuff any more. We all get older, we take more risks, we’re not afraid. We don’t want it to be perfect.”