What’s Inside The Royal Purse? 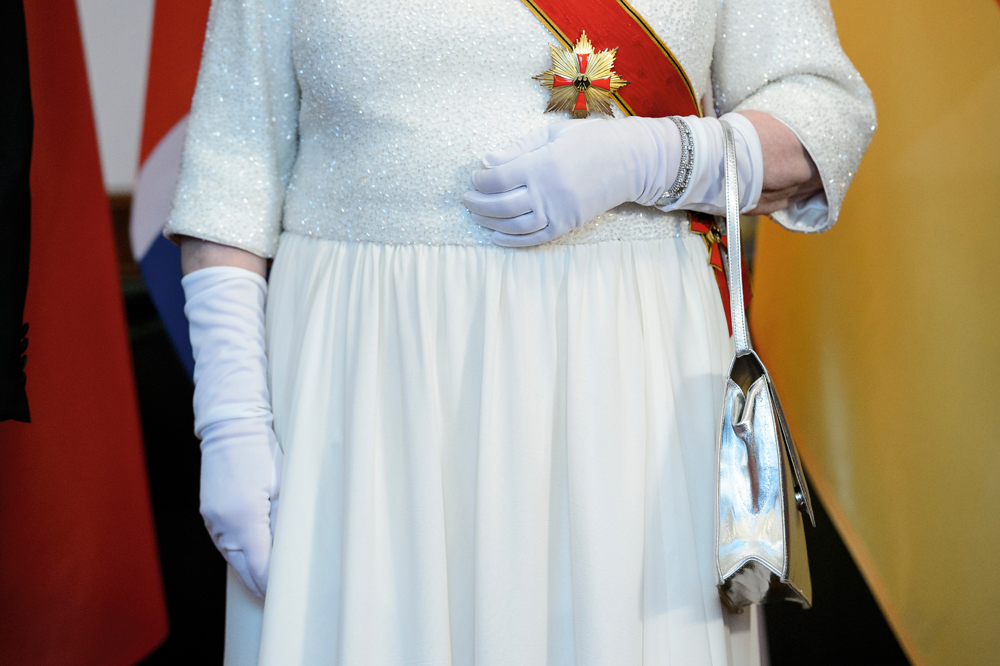 What’s really in Her Majesty’s handbag?

Many magazines have features about what makeup you’ll find in a celebrity’s purse, but the Queen’s purse, without which she would not appear over the course of 23,216 days, is the holy grail of this genre.

The longest reigning monarch in history and I have something very personal in common. We both favour the same nail polish: Essie Ballet Slipper. No doubt Queen Elizabeth II has a cadre of elite manicurists to tend to the royal fingertips while I apply the paint myself but still …

“The Queen will only wear Essie’s Ballet Slipper nail polish according to sources.”

Some of the information comes from insiders without confirmation, but it’s “whispered in beauty circles” that she’s a fan of Clarins Ever Matte Mineral Powder Compact in Transparent Fair. The Queen has a long history with Clarins. She commissioned them to make a lipstick that would match the ceremonial robes she wore at her coronation in 1953. More recently, she was seen at the Glasgow Commonwealth Games freshening her lipstick with a bright pink shade by Elizabeth Arden, which, like Clarins, has the royal warrant.

There’s no doubt that Her Majesty wears a fragrance by Floris, the longest reigning British beauty company in royal favour, boasting the warrant since 1820.

“The perfume company is still the Queen’s own appointed perfumer today,” reports the Telegraph. The perfumers won’t reveal the name of the Queen’s favourite scent, but insiders with keen noses suggest it is White Rose, a fragrance heavy with carnations, her favourite flower. Floris goes way back with Queen Elizabeth. The company created a limited-edition Royal Arms Diamond Edition, a blend of jasmine and rose for the Golden Jubilee, an update on the original vanilla patchouli perfume created to celebrate Elizabeth’s birth in 1926.

And if the queenly coiffure needs styling or a touch-up on occasion, it’s a Kent brush or comb that will smooth the sovereign’s tresses. They’ve been used at the palace since 1770, when George III gave the British brand the royal warrant. It could be a porcupine or boar bristle brush on her dressing table, likely one with a handmade satin wood handle that can take 540 hours to dry and hand-finish. Kent brushes may be costly but, like the Queen, they do the job well and last for a good long time.