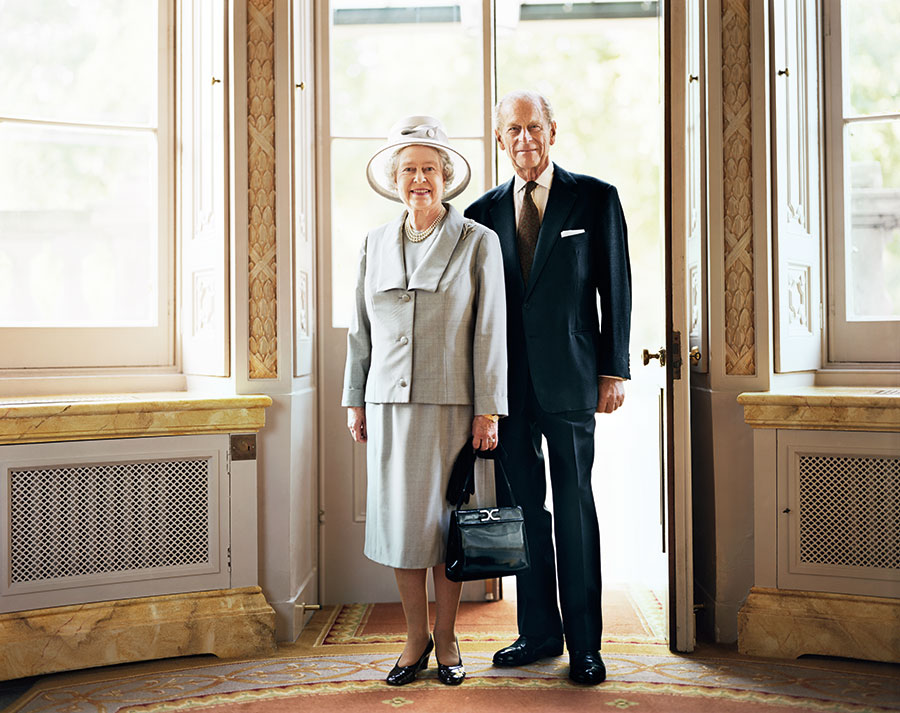 I first met the Queen in 2005, at a party at Buckingham Palace for Canadians who lived in London. I remember this day well, as you may imagine; she almost certainly does not. In that year, when she was 79, she carried out 378 official engagements in the United Kingdom, and 48 abroad.

In other words, opening up the palace and dusting off the Titians for some nice Canadians was all in a day’s work. She did not seem exhausted by this schedule, or perhaps it’s more accurate to say that she has become extremely good at putting on a game face. She greeted each one of us with a polite smile, touched our hands lightly with her black-gloved one, and murmured a few anodyne words. I’m not sure I even heard what she said; I was mesmerized by her flawless skin.

I am no monarchist. In fact, as a dual British-Canadian citizen, I think both countries would be better off with an elected or appointed head of state. The royal family seems an antique ritual too quaint for this savage world. That said, in the eight years I lived and worked in the U.K. and encountered the Queen on several occasions, my admiration for her grew every year.

Here was a woman who, after the abdication of her uncle Edward VIII in 1936, was placed in the direct line of succession. God, in her worldview, has anointed her to guide her family, her country, and the countries of the Commonwealth. Retirement is not an option in those circumstances; long afternoons of golf are not on the horizon. Long afternoons opening flower shows in Skegness very much are.

Could the Queen, in her own extraordinary way, be a model for late-life productivity? Lifespans continue to expand, especially for those fortunate enough to live in industrialized countries. According to the 2016 Canadian census, the fastest-growing demographic group in the country are centenarians. The old rules of retirement have to be rethought, because there’s a lot of living to be done after we leave the office for the final time. The Queen will never leave her office; the Queen Mother, who lived to be 101, was making public appearances almost until the end.

As journalist Andrew Marr wrote in his 2011 book The Diamond Queen: “It has been a life of turning up.” If the Queen ever gets bored or impatient or does not want to shake the hand of the mayor of Bognor Regis or the president of the United States, she does not show it. She would never show any of these emotions in public; that would be common. And the Queen is, by definition, singular rather than common.

Marr gives a good sense of the Queen’s efforts to knit the country together: “It is a surprisingly gruelling routine. It includes grand ceremonial occasions and light-footed, fast-moving trips to meet soldiers, business people, volunteers and almost every other category one can imagine.” Every day—after she breakfasts to the sound of her personal bagpiper and reads the horse-racing news—she is confronted with a large box of briefing documents keeping her up to date on government business. When she hosts guests for state visits, she supervises all the meals and arrangements herself—down to the flowers in the guest bedrooms.

It would tire a woman of a quarter of her age. Or, as Sheila Fitzpatrick said to me, “I’d just like to know what she’s on.” I met Sheila at the Queen’s garden party at Buckingham Palace in 2012. Sheila was 85, a year younger than the Queen, and she was sitting eating cake while Her Majesty moved under the sweltering sun with the implacability of a small, lavender tugboat, greeting dignitaries here and volunteers there, listening carefully to everyone. Every year, thousands of worthies attend the Queen’s garden parties. Every year she dons a different, brightly hued dress and hat (fastened with precisely three pins) and chats with her subjects.

A month after that garden party, I saw the Queen again as she rode the gloriously festooned barge Spirit of Chartwell down the Thames, as part of a grand river flotilla marking her Diamond Jubilee. It was lashing with rain—”chucking it down,” as the British like to say. Prince Philip scowled, but his wife seemed impervious to the weather. She is Queen of this icy, windswept rock in all seasons, even when there seems to be only one season called miserable.

Queen Elizabeth has now reigned for more than 65 years, besting Queen Victoria’s rule by almost two years. Unlike Victoria, Elizabeth has never disappeared from sight—not during the IRA bombings of the 1970s and early ’90s or the furor that surrounded the death of Princess Diana in 1997, when the Royal Family’s popularity was grievously harmed by its failure to understand the country’s grief.

Now, she has scaled back her duties somewhat, especially concerning international travel. She is leaving more and more of the ribbon cutting and handshaking to her children and grandchildren, as a way of preparing them—and the country—for the inevitable. Still, “scaling back” is relative. She conducted 341 public engagements in 2015 and 332 in 2016, the year she turned 90.

Even as she slowly limits her engagements, the Queen is still ever-present, especially when the country is reeling. We saw it earlier this year as she visited the bedsides of terror attack victims in Manchester, and survivors of the devastating Grenfell Tower fire in London.

The ordinary Brit may not know exactly what the Queen does, but can be assured she does it a lot, and without complaint.

There is much to be learned in this for those of us sailing—okay, dragging our feet—toward our senior years. We may not have the Queen’s riches or resources, we may not have castles in Scotland for recuperation, but we can keep our brains and our hands busy till the end. We can carry on.

A version of this article appeared in the September 2017 issue with the headline, “Keep Calm and Carry On,” p. 46-48.