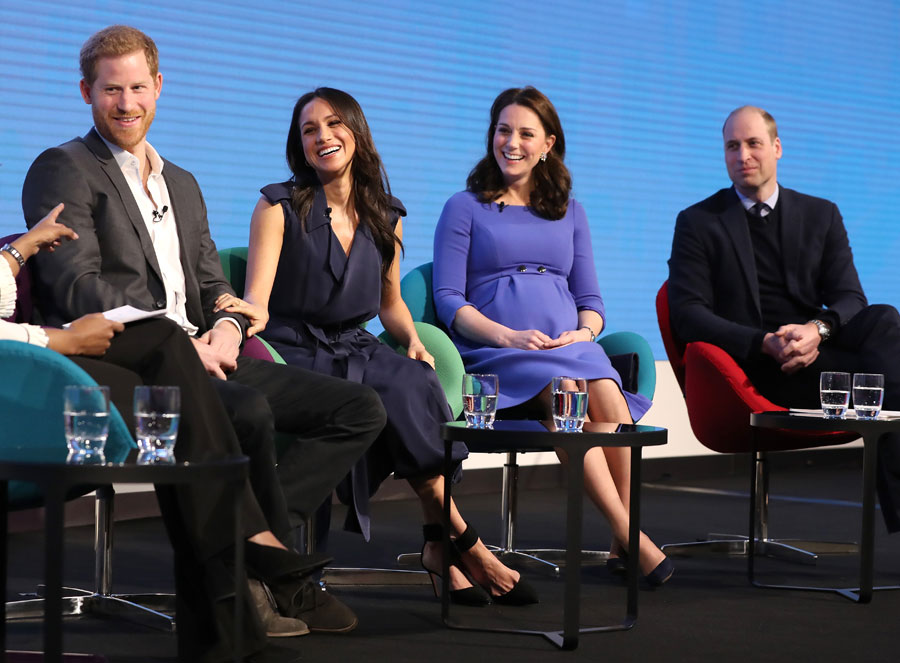 In their first official joint engagement together, the “New Fab Four” talked about their upcoming philanthropic projects during the inaugural Royal Foundation Forum.

I don’t know about you, but ever since Prince Harry and Meghan Markle announced their upcoming nuptials on Nov. 27, I’ve been waiting for their first official royal engagement alongside Prince William and Catherine, Duchess of Cambridge.

I mean, there’s a reason the media have already dubbed them the “New Fab Four” — there’s a buzz about them and everyone seems excited and optimistic about this younger generation of royals. I, for one, have been looking forward to seeing more of Kate and Meghan together — two strong, educated women who married into the chaos that is Britain’s Royal Family.

On Feb. 28, the fabulous foursome (finally!) took the stage together for the first annual Royal Foundation Forum to discuss current and upcoming charitable projects, including Invictus Games and the mental health initiative Heads Together.

“Catherine, Harry and I are delighted to be here this morning and we’re particularly happy to be at our first Royal Foundation event with Meghan,” William said in his opening speech. “When we first started, it started as a very small idea and started with Harry and I scratching our heads thinking how can we do something for the future.”

The foundation was originally set up in 2011 by the William, Kate and Harry as a main vehicle for their philanthropic activities. As a longtime humanitarian who has previously worked with the Clean Water Campaign and as an advocate for women with the United Nations, Meghan is obviously a natural fit and will officially become a charity patron following her much-anticipated wedding to Harry.

According to reports, Kate and Meghan have already developed a close bond in a short amount of time, and their friendship was on full display for the first time as they entered the forum together. The American bride-to-be wore a stylish navy wrap dress by Jason Wu and the pregnant Duchess showed off her baby bump in a light blue outfit by Seraphine.

RELATED:  The Duchess of Cambridge and Meghan Markle Are Inseparable

As expected the wedding was brought up, with Harry addressing the audience: “We’re pretty tied up with planning a wedding but we want to make as much of a difference as we can.”

The last time the royal foursome were spotted together in public was Christmas Day, when the entire family attended a church service and greeted hundreds of well-wishers outside St. Mary Magdalene Church in Norfolk. It was also, you might remember, the day Meghan debuted her first (impeccable!) royal curtsy to Queen Elizabeth.

The young royals will be busier than usual in the coming weeks as William and Kate prepare for the arrival of Baby No. 3 in April (rumour has it, it’s a girl!) and Harry and Meghan continue to plan for their May 19 nuptials at St. George’s Chapel in Windsor.