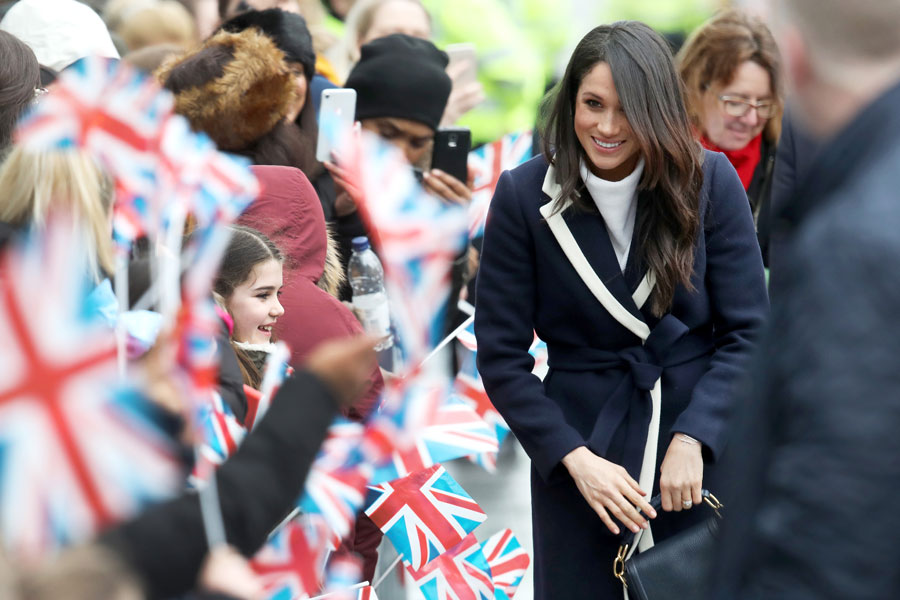 She’s more than just a famous bride-to-be, that Meghan Markle.

The soon-to-be royal has worked with the international charity One Young World, World Vision Canada, the Clean Water Campaign and UN Women. And to think, some naysayers question what Prince Harry sees in her. (Madness, I tell you!)

Ever since news of her engagement to Harry first broke on Nov. 27, Meghan has made a concerted effort to involve herself in as many UK-established charities and foundations as possible.

On March 8 (aka. International Women’s Day), she continued that trend with a visit to Birmingham — the latest stop on a cross-UK tour that the American actress and her royal fiancé are undertaking in the lead-up to their highly-anticipated May 19 nuptials. Previous stops included Cardiff, Nottingham, Edinburgh and Brixton in south London.

This time around, in recognition of IWD, the royal couple attended an event hosted by social enterprise Stemettes, which encourages young women to pursue careers in STEM (science, technology, engineering and maths) — fields of study typically dominated by men.

The couple later toured the Nechells Wellbeing Centre and met with Birmingham’s Coach Core apprentices — a program developed by the Royal Foundation of the Duke and Duchess of Cambridge and Prince Harry to train people aged 16-24 with limited opportunities to become mentors and sports coaches within their communities.

Following her wedding, Meghan will become the fourth patron of the Royal Foundation, although she’s already jumped feet-first into her new role.

In February, the “New Fab Four” took the stage together for the inaugural Royal Foundation Forum to discuss current and upcoming charitable projects, including Invictus Games and the mental health initiative Heads Together.

Seated between Harry and Kate, Meghan told the audience: “Women don’t need to find a voice, they have a voice. They need to feel empowered to use it, and people need to be encouraged to listen. We’re seeing so many campaigns — #MeToo and #TimesUp. There is no better time than to really continue to shine a light on women feeling empowered and people really helping to support them, men included in that. It makes such a tremendous difference.”

It brings to mind her rousing speech at the 2015 UN Women conference.

Next up, Meghan will mark her second official appearance with Harry, William and Kate on March 12 for Commonwealth Day. This time around, she’ll also be joined by future father-in-law, Prince Charles, and grandmother-in-law Queen Elizabeth.

The annual service is touted as the largest inter-faith gathering in the UK in celebration of Her Majesty’s lifetime commitment to the Commonwealth.

I, for one, can’t wait to see how Meghan interacts with Her Majesty and future in-laws.