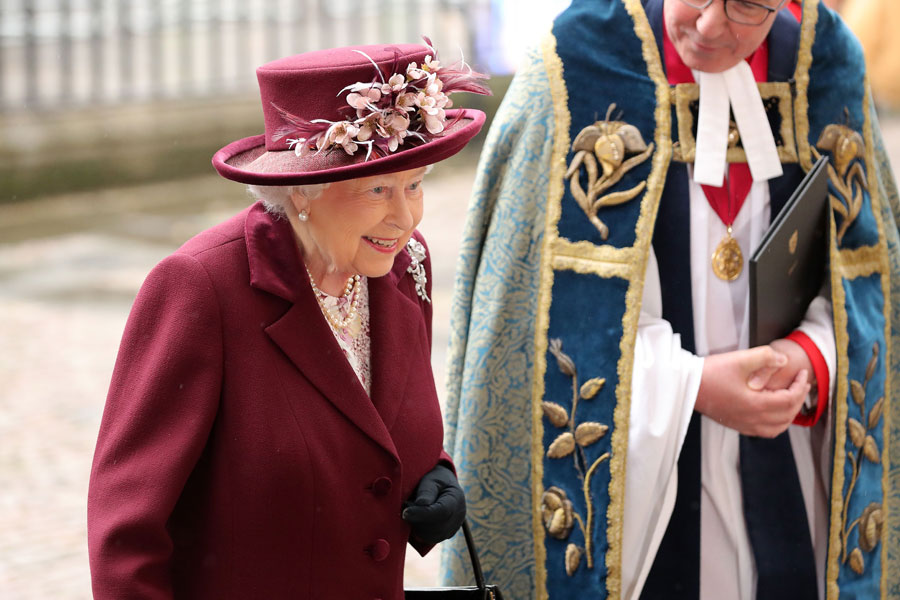 It’s not often that we commoners get to see the key members of the House of Windsor in action together (the next such occasion will be May 19 for a certain little wedding event). So, on the few occasions it happens, we tend to sit up and take notice. And what better time to see the family come together than on Commonwealth Day?

Ninety-one years young and looking radiant in burgundy, a beaming Queen Elizabeth was joined by family members for a special church service at Westminster Abbey to celebrate the Commonwealth — a global network of 53 countries and more than two billion people of which Her Majesty is the head.

The annual service on Mar. 12 is the largest inter-faith gathering in the UK and is broadcast live by the BBC. Charles, Prince of Wales, was on hand with wife, Camilla, the Duchess of Cornwall, as well as William, Kate, Harry and Meghan. Britain’s prime minister Theresa May — along with high commissioners, ambassadors and senior politicians from across the globe — were also in attendance. Notably absent was 96-year-old Prince Philip, Duke of Edinburgh, who retired from public service last August.

The celebrations, which included a performance by former One Direction star Liam Payne, came under the theme of Towards a Common Future — emphasizing how the Commonwealth will address global concerns and work to create a better future through sustainability, prosperity and fairness.

Ahead of the televised ceremony, Canadian prime minister Justin Trudeau — who was not in attendance — released a statement:

“Headed by Her Majesty Queen Elizabeth II, the Commonwealth promotes the values of democracy, freedom, sustainable development, the rule of law, and human rights — especially those of women and girls. As a proud member, Canada will continue to promote and protect these values.

“On behalf of the Government of Canada, I invite all Canadians to take time today to learn more about the Commonwealth and its history.”

The celebration also marked Meghan Markle’s first official public engagement with the Queen. Meghan — dressed in an elegant off-white jacket and hat — appeared calm and collected as she walked down the aisle of Westminster Abbey with Harry, William and Kate. And, boy, is the former actress a fast learner! She was seen confidently singing along to “God Save the Queen” with her future in-laws at the start of the ceremony. All those years of memorizing lines for TV no doubt came in handy.

Gone are the days when only those formally married into the family were included in public outings. Remember how Kate didn’t attend any public events with the Queen prior to her wedding to William in April 2011?

RELATED: Meghan Markle Officially Baptized into the Church of England

Nor was she invited to spend the Christmas holidays with the Royal Family, unlike Meghan who was pictured waving to crowds with the rest of the Windsor clan on Christmas Day in Sandringham.

Oh, the times, they are a changin.’