Happy Feet: Looking Back on 9 Classic Dance Crazes We Love 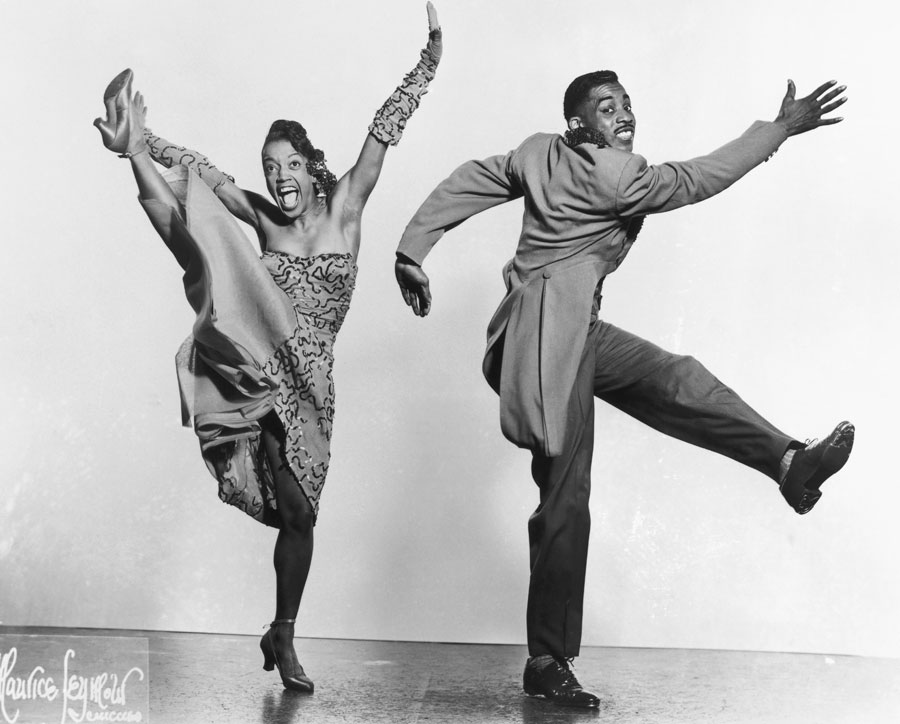 Every decade gives birth to new dance fads — some of which prove more memorable than others. But beyond just providing a new way to get down to the latest hits, these social and cultural expressions are directly linked to the evolving trends and values of the time.

This dance craze swept across North America after the release of singer-dancer Cab Calloway’s 1934 “Call of the Jitter Bug” and the subsequent short film, Cab Calloway’s Jitterbug Party (1935). The catchy tune quickly popularized the use of the word “jitterbug” and, due to the lyrics of the hit song, the term was often associated with the consumption of alcohol:

If you’d like to be a jitter bug,
First thing you must do is get a jug,
Put whiskey, wine and gin within,
And shake it all up and then begin.
Grab a cup and start to toss,
You are drinking jitter sauce!
Don’t you worry, you just mug,
And then you’ll be a jitter bug!

The song and, especially, the manic dance moves were not without controversy. It was still a topic of debate well into the Second World War when “No Dancing Allowed” signs were seen through the U.S. due to a federal excise tax aimed at “dancing” nightclubs. But all those happy feet could not be contained — the war allowed for The Jitterbug to spread across the Pacific and Atlantic Oceans. The craze also reached fever pitch in England where it was often dubbed as “rude American dancing.”

This iconic partner dance originated in 1930’s Harlem, New York, and was one of the inspirations behind The Jitterbug. The dance sequence consists of eight- and six-count steps and requires complicated footwork borrowed from the Charleston, Tap and an early version of the Foxtrot. With its strong ties to jazz music and rich blending of African rhythms and European structured dance, the Lindy helped break down racial barriers when segregation was still the norm in the U.S.

Although there are versions that can be more low-key, part of what made the Lindy such a cultural phenomenon was its wild—almost violent—body movements and frenzied kicks.

For the finest example of this dance form, watch the video above, which features Whitey’s Lindy Hoppers (a professional dance group) in a scene from the 1941 film, Hellzapoppin.’

This novelty dance originated from Balboa High School in San Francisco in 1952. What started as a party “social mixer” quickly evolved into a bona fide dance craze.

Loosely based on a similar dance from Finland, The Bunny Hop is essentially a variation on the conga line. Participants can dance in a circle or a line, holding the hips of the person in front of them. What followed was a relatively simple dance that consisted of tapping the floor two times with their right foot, then with their left foot, then hopping forwards, backwards and three more hops before starting the sequence again.

Since that day in 1952, weddings and holiday parties have never been the same. Now everybody, hop!

This fad took off in 1959 and carried on through the 1960s. While critics felt the dance was “too provocative” and suggestive in nature, it inspired other popular trends, like the Funky Chicken, the Mashed Potato and the Jerk.

Hank Ballard wrote the original song after seeing some teens in Tampa, Florida doing the dance as a large group. American radio and TV personality Dick Clark later recommended that Cameo Records rerecord the Hank Ballard song with the more wholesome Chubby Checker. The decision was a smashing success, as the remade song hit #1 on the music charts in 1960.

Getting its cues from 1950’s-era rhythm and blues, the complicated clap movements are meant to mimic the percussion instruments in music. And it all began in 1957 at The Cat’s Whisker coffee bar in London. The dance took off so quickly that the popular night spot was filled to capacity each night.

British songwriter Bud Allen captured the craze in his 1958 song “Hand Jive” which was performed by the Betty Smith Group. The dance was popularized in the U.S. by Johnny Otis’ “Willie and the Hand Jive” (see video above).

Most famously, it appeared in the 1978 movie musical Grease, starring John Travolta and Olivia Newton-John.

And now for something a little more obscure: this brief fad was prompted by British band Freddie & the Dreamers and their two modest hits, “I’m Telling You Now” and “Do The Freddie” (above).

While it didn’t last in popularity, it was recognizable throughout the 1960s, even making an appearance in a 1965 episode of The Addams Family in which Gomez (John Astin) does his own version of the dance in “Lurch, The Teenage Idol.”

This slow rock n’ roll jam from the late-1950s skyrocketed to fame after it was performed on American Bandstand in February 1958 (original video above).

Written by Nancy Lee and Clyde Otis and performed by the Canadian group, The Diamonds, the accompanying dance is performed in a line formed with boys on one side and girls on the other, with an isle between them. The boy and girl in the front of the line would meet up in the middle, grab hands and stroll their way down the line.

This novelty line dance rose to fame in the mid-1950s, lasting until well into the ’60s. Created in Columbus, Ohio, in 1957, The Madison spread rapidly across North America after it appeared in a 1960 episode of The Buddy Deane Show (above).

In 1988, John Waters brought it back to our attention again when he featured it in his big screen adaptation of the hit musical, Hairspray (below).

This unique partner dance is largely influenced by ballroom sessions and disco music. There’s even some similarities to swing music.

It rose to popularity after Van McCoy and the Soul City Swingers released their track of the same name in 1975. It’s become a bit of a ballroom staple—and who doesn’t love to dress up in a velvet jumpsuit every once and a while?

In 1977, while still at the height of its popularity, The Hustle appeared in the John Travolta disco flick, Saturday Night Fever.

Nostalgia: A Look Back At Woodstock