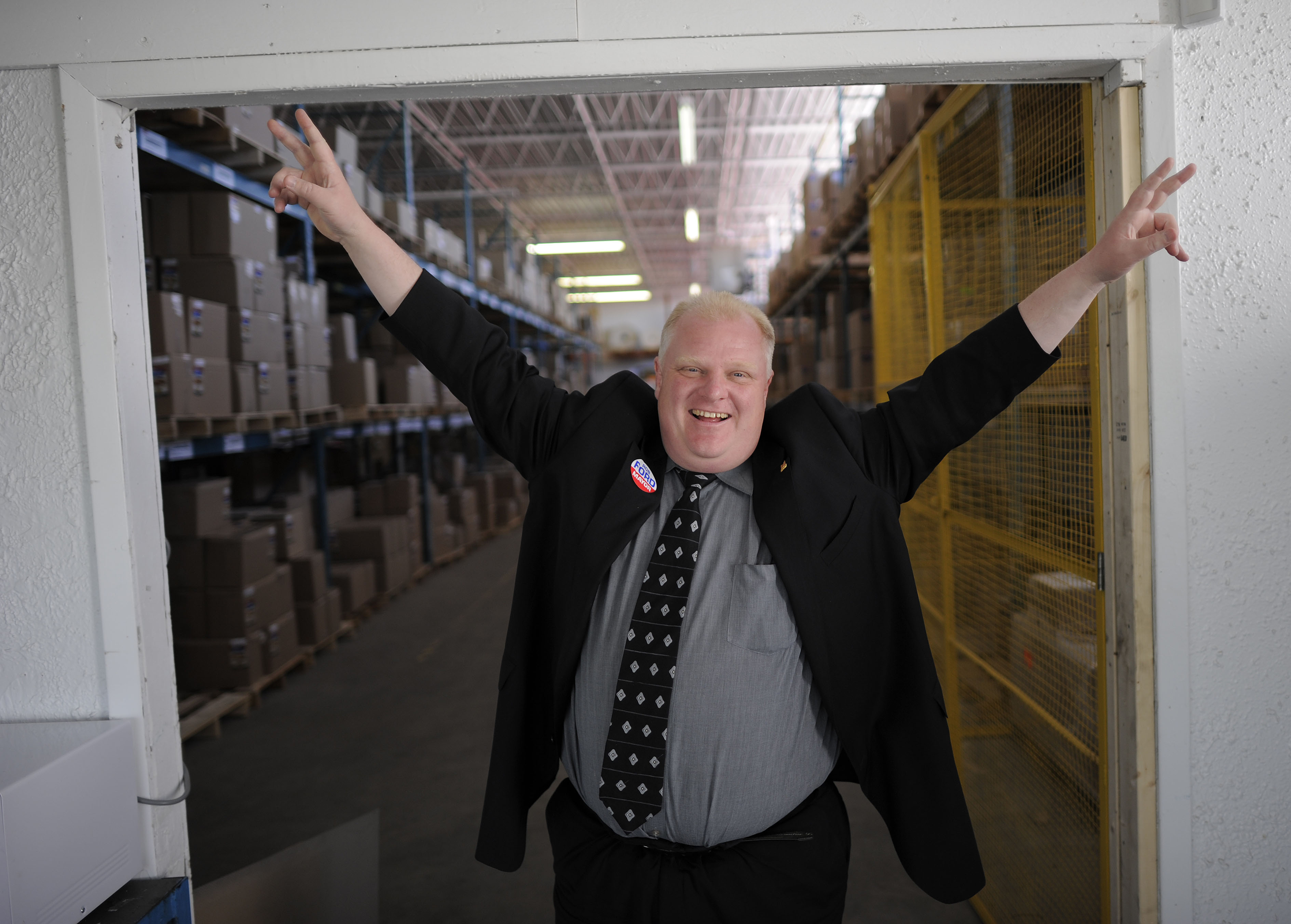 Late Toronto Mayor Rob Ford’s life was fraught with controversy, so why should a movie that depicts his life be any different? The Hollywood Reporter broke the news on Tuesday that a film about Ford’s time leading City Hall was in the works, with award-winning Billions, Homeland and Wolf Hall actor Damian Lewis, 47, set to play the embattled mayor. Yet if the casting of a slim, British, red-headed veteran of the Royal Shakespeare Company as Ford isn’t baffling enough, the article also noted that the film “is understood to follow a reporter (Ben Platt) who attempts to expose a scandal involving a politician who doesn’t play by the rules” – strange given that, in real life, the reporter who famously chronicled Ford’s mayoral rise and fall was the decidedly female Robyn Doolittle. In fact, as a piece by Ishani Nath for Flare adeptly pointed out, when Ford’s infamous crack-smoking cell phone video came to light in 2013, the fallout “not only made Ford a household name, but also catapulted Robyn Doolittle’s career as an investigative reporter. She was one of the first journalists to uncover the story of Ford’s dangerous double life.” Doolittle, also literally wrote the book on the Ford saga – Crazy Town – while the Ford film is currently titled Run This Town.

The casting news created a social media frenzy, with even Doolittle tweeting sarcastically, “I’m glad they’re rewriting the fact that it was a female reporter who investigated Rob Ford. Why have a woman be a lead character when a man could do it? Ammaright?” Meanwhile, the movie’s writer and director, Ricky Tollman,  insisted in an interview with the Canadian Press, that the film is “a sympathetic portrait” of Ford, who passed away in 2016, and that he isn’t the main focus. The same story noted that it’s not a biopic or recreation of what actually happened and, therefore, not a slight against anyone involved in real life.

In 2013, however, I, along with some colleagues at Zoomer, outlined our own idea for a Rob Ford production amidst the heat of the scandals that mired his mayoralty. The film pitch was written tongue in cheek but it was, at its heart, a redemption story that imagined Ford sorting himself out, making amends for his failings and ultimately triumphing over the addiction he struggled with while working within the real-life framework of Toronto politics, unlike what we know of Run This Town.

Our Ford tale is a musical titled, My Fair Ford, a take-off of My Fair Lady, in which former Toronto mayors David Miller and John Sewell watch the crack tape scandal unfold on the news and, seeing pathos in the situation for both Ford and the city, make a bet that they can take him under their (left) wing and transform him from a public relations disaster into a respectable mayor in ample time to kick off his re-election campaign. It contains a full song list and  the initial “confirmed” cast included Gerard Depardieu as the titular star while the expanded cast list fleshed out the portrayals of some of the film’s most important characters – including, you guessed it, Robyn Doolittle. Not only are we portraying her (via fellow Canuck and Oscar-nominated Spotlight star Rachel McAdams), but we’re also keeping her character female.

It’s a decision Run This Town should have made as well. Even if they aren’t telling the exact, true-life story of Rob Ford’s mayoralty, the fact that there’s a character in the film that does exactly what Doolittle did, and that her work was so integral to the Ford scandal narrative, makes it just as problematic that producers chose to make the movie character male. They’d never make a film about Watergate and portray two fictional journalists who execute the same sort of journalistic reporting that Bob Woodward and Carl Bernstein did, but portray them as anything other than two white men (or maybe one amalgamated character) of around the same age as the real life journalists.

Especially in the wake of the Time’s Up and #MeToo movements, this is a misstep. Our decision to cast a female to play Robyn Doolittle in our Zoomer production of the Rob Ford musical didn’t seem forward-thinking at the time. In fact, we thought it was downright obvious. Evidently, at least in Tinseltown, where gender issues are concerned, nothing’s as obvious as it seems.