It’s Official! Prince Charles Will Be The Next Head of Commonwealth 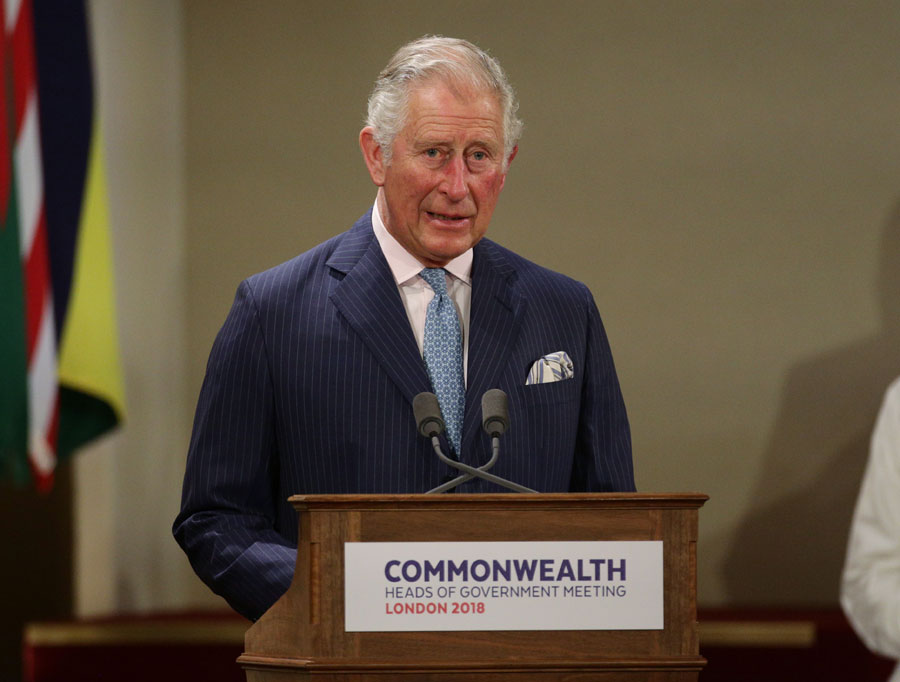 Prince Charles gives a speech at the formal opening of the Commonwealth Heads of Government Meeting in the ballroom at Buckingham Palace. Photo: Yui Mok-WPA Pool/Getty Images.

Her Majesty’s wish has been granted!

The Commonwealth Heads of Government Meeting summit — which kicked off in London earlier this week — certainly ended on a high note for the Royal Family.

On April 20, leaders of the 53 nations that make up the Commonwealth officially announced that they wanted Prince Charles as their head when the Queen ends her ties with the organization.

The decision comes on the heels of Her Majesty’s speech on Thursday in which — in a rare move — she publicly (and very firmly) backed her son as the next Commonwealth leader. (Tough break for you anti-Charles folks out there.)

“It is my sincere wish that the Commonwealth will continue to offer stability and continuity for future generations and will decide that one day the Prince of Wales should carry on the important work started by my father in 1949,” the Queen said during the opening of the Commonwealth Heads of Government Meeting at Buckingham Palace.

And, as it turns out, her wish is our command.

Although the position is not hereditary, it comes as no surprise that Her Majesty would support the appointment of her eldest son and heir to the throne. The Queen has been the organization’s symbolic figurehead since 1952.

In his own opening remarks at this week’s summit, Charles said: “For my part, the Commonwealth has been a fundamental feature of my life for as long as I can remember, beginning with my first visit to Malta when I was just five years old.

“And so, Ladies and Gentlemen, I pray that this Commonwealth Heads of Government Meeting will not only revitalize the bonds between our countries, but will also give the Commonwealth a renewed relevance to all citizens, finding practical solutions to their problems and giving life to their aspirations.”

The Queen, who turns 92 on April 21, looked positively regal in a dazzling white gown and her Girls of Great Britain and Ireland diamond tiara.

Charles may have been appointed as her Commonwealth successor, but our fair Queen has showed no signs of slowing down.