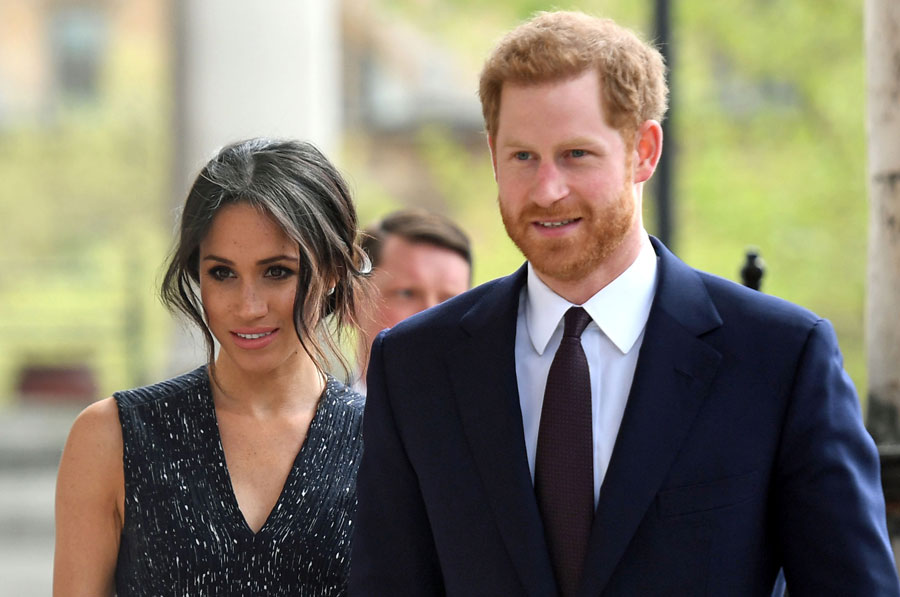 It’s official! After months of speculation, Kensington Palace has confirmed that Meghan Markle’s father will walk her down the aisle when the former actress marries Prince Harry later this month.

According to multiple sources, Meghan was initially rumoured to want her mother, Doria Ragland, to walk her down the aisle on the big day. Ragland, a California-based social worker and yoga instructor, raised her daughter full-time from the age of six after she divorced Meghan’s father, Thomas.

It remains unclear whether other relatives of the bride will be in attendance. The glaring absences, if they do indeed occur, will be in large part due to the strained relations among her closest relatives. (Learn more about Meghan’s family drama here.)

According to the palace’s press release, however, the bride-to-be’s parents will both have “important roles” in the ceremony at St. George’s Chapel on May 19.

On the morning of the wedding, Ragland will travel with Meghan by car to Windsor Castle, where she will be met by her father at the chapel doors to make her grand entrance. “Ms. Markle is delighted to have her parents by her side on this important and happy occasion,” the palace statement said.

A few days prior to the wedding, Meghan will introduce her parents to her future in-laws, including Queen Elizabeth, 92, and her husband, Prince Philip, 96, as well as Harry’s father Prince Charles, step-mother, Camilla, Duchess of Cornwall, and Prince William and Catherine, Duchess of Cambridge.

(Talk about pressure! No doubt Meghan’s parents will be a little overwhelmed, to say the least.)

There had been plenty of rumour and conjecture about what role Meghan’s parents would play in the wedding ceremony. Although her father, a former lighting director for TV shows, had publicly voiced his desire to give his daughter away, for awhile it seemed as though Meghan would opt for her mother instead as the two seem to share a closer bond.

In addition, Meghan — in keeping with royal tradition — has opted to forgo the traditional bridal party. While Harry recently announced that his big brother, William, would stand by his side as best man, Meghan has decided not to have a maid-of-honour.

“She has a very close-knit circle of friends and she didn’t want to choose one over another,” read the palace statement. “All have been actively involved in helping her prepare for the day and will be there in the days beforehand. She’s very happy to have their support.”

The palace did reveal, however, that Meghan will be joined by a gaggle of adorable little bridesmaids and pageboys — and there’s no doubt in our minds that Prince George, 4, and Princess Charlotte, 3, will be front and centre.