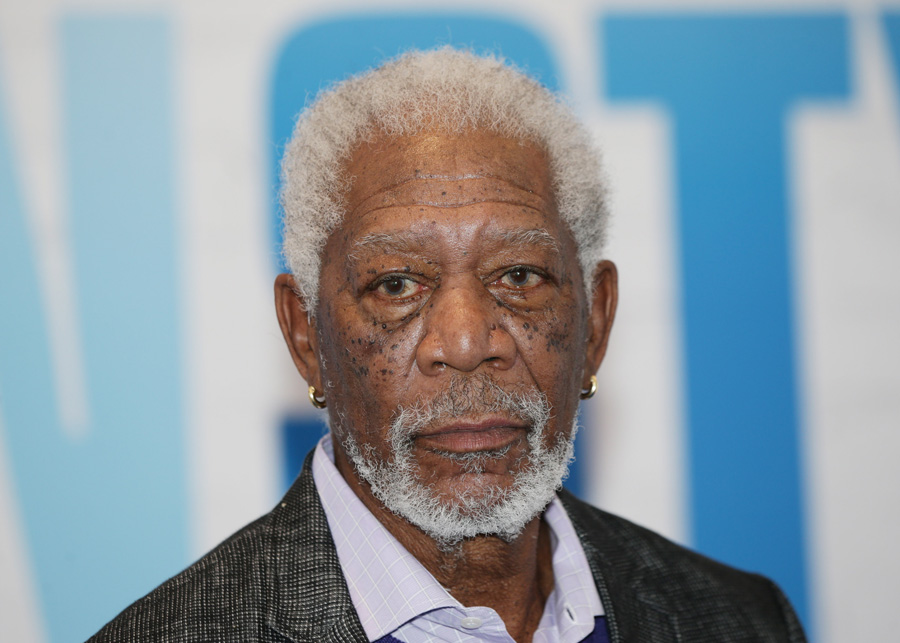 UPDATED:Variety reports that Morgan Freeman has since issued an apology in response to the accusations outlined in this story: “Anyone who knows me or has worked with me knows I am not someone who would intentionally offend or knowingly make anyone feel uneasy. I apologize to anyone who felt uncomfortable or disrespected — that was never my intent.”

On Thursday morning, CNN published the results of a blockbuster investigation into the conduct of actor Morgan Freeman, 80, noting eight women had come forward to claim, “they were victims of what some called harassment and others called inappropriate behaviour” at the hands of the actor. The claims were made by women who worked on film sets with the Oscar-winner, at his production company, Revelations Entertainment and even entertainment reporters who’d interviewed him — including one of the co-authors of the CNN story.

The investigation began more than a year ago, according to the piece, when CNN entertainment reporter Chloe Melas, who was six months pregnant, encountered Freeman ahead of an interview. “According to Melas,” the story recounts, “who was Freeman, in a room full of people, including his [Going in Style] co-stars [Alan] Arkin and [Michael] Caine, shook Melas’ hand, not letting go while repeatedly looking her up and down and saying more than once a variation of, ‘I wish I was there.’ She says he also said to her, ‘You are ripe.’ Cameras were on and recording during one of Freeman’s remarks to Melas — ‘Boy, do I wish I was there’ — but not for the rest.”

Following the encounter, Melas began making inquiries with other women about Freeman’s behaviour and, after discovering that some had similar stories, decided to move forward with the investigation. The results yielded various stories about Freeman’s behaviour, “not about things that happened in private,” the story notes, but “things that allegedly happened in public, in front of witnesses — even in front of cameras.”

Another woman, on the set of the 2017 film Going in Style, noted that the actor attempted multiple times to lift her skirt and see her underwear, stopping only when co-star Alan Arkin told him to.

Employees at his production company, Revelations Entertainment, had similar stories, with one male employee describing the star as acting like a “creepy uncle” who, without permission, began giving a shoulder massage to a clearly uncomfortable female intern who attempted to get away. Multiple employees at the company admitted to witnessing various instances of inappropriate behaviour on Freeman’s part toward female employees, including one who described her first interaction with the actor to CNN.

She claimed that Freeman, “was flanked by a group of men on the set of Through the Wormhole when she met the actor for the first time. He ‘looked me up and down,’ she said, and then asked her, ‘How do you feel about sexual harassment?’ ‘I was stunned,’ she told CNN. ‘This is the person that I worked for, this is his company, I didn’t expect it at all … I said timidly, ‘I love it’ in a sarcastic way hoping to make light of the situation because I was so confused and then he turned to the guys on the crew … and said, ‘See guys, this is how you do it.’”

Another person who worked for Revelations noted that, “[He’d say] things like ‘I’d like to have an hour with her’ or make vulgar and sexual comments about women … and it was just shocking. You’re more shocked than anything because it’s hard to have the wherewithal to say to him ‘That’s inappropriate.’ You’re just like ‘whoa.’ It’s hard because on any set he is the most powerful person on it. It’s weird because you just don’t expect it from Morgan Freeman, someone who you respect.”

A female production assistant on The Dark Knight explained to CNN the difficulty women faced coming forward about their encounters with Freeman, even though many of them harboured similar stories.

“Morgan did things in a way that an older more established person can get away with because they have that power. They can’t be replaced, but you can be replaced very easily, that’s just kind of the dynamic on set … Had it been somebody else on the crew… I would feel comfortable reporting them because I wouldn’t feel like my job would be in danger by reporting them, but if you report somebody like Morgan Freeman that the movie would lose a lot of money by replacing them or getting them in trouble, then you’re the trouble maker and you’ll get fired because you’re just a PA.”

Fans of the actor, who even in the era of #MeToo enjoyed a haloed reputation for the memorable characters he’s played and his numerous film and television voiceovers, expressed shock, anger and even some support on social media when news of the CNN investigation broke this morning.

Meanwhile, Vancouver’s TransLink, which on Tuesday announced that Freeman had recorded voice-overs to use on the city’s transit system — a move that was met with near universal acclaim and excitement — noted today that, following the accusations, they are putting the rollout of the recordings on hold. A TransLink statement noted that, “In light of information we’ve learned through news stories this morning of serious allegations against actor Morgan Freeman, TransLink has decided to pause his voice announcements as part of a VISA ad campaign on the transit system. We will be in touch with VISA to discuss further.”