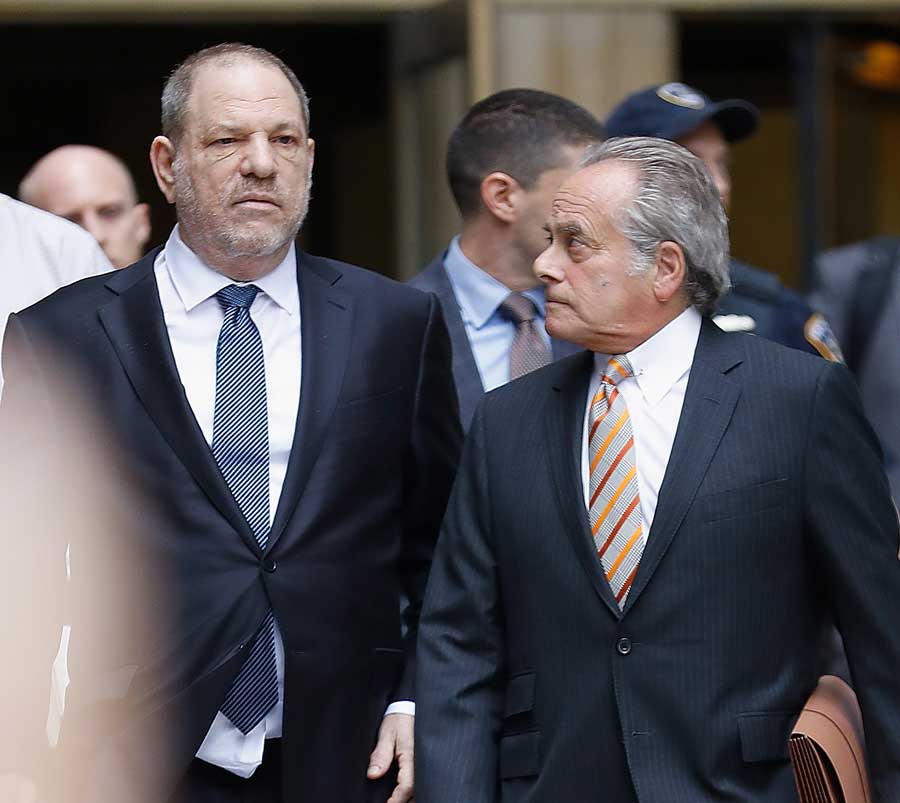 Manhattan’s district attorney has decided to drop part of the criminal case against Harvey Weinstein.

The dismissed charge announced on Thursday involves allegations made by one of the three accusers, Lucia Evans, who first accused Weinstein in an expose published by The New Yorker last year.

Evans accused Weinstein of forcing her to perform oral sex when they met alone in his office in 2004 to discuss her acting career. At the time of the alleged incident, Evans was a 21-year-old college student.

The criminal charges involving the three accusers were filed against Weinstein in May and were the first to be brought against Weinstein since more than 70 women came forward with accusations against him late last year.

Assistant District Attorney Joan Illuzzi-Orbon told the judge that prosecutors wouldn’t oppose the dismissal of the count involving Evans, but insisted on the strength of the rest of the case involving the two other accusers.

For the last two weeks, Weinstein’s lawyers and prosecutors had been wrangling over the part of the indictment concerning Evans’ allegations in closed-door meeting and sealed court papers.

Weinstein’s lawyer, Benjamin Brafman, told the judge he believed Evans had lied to the grand jury and alleged that a police detective had attempted to influence the case by preventing a witness from testifying about her misstatements.

“The integrity of these proceedings has been compromised,” Brafman said in court.

Weinstein’s legal team also argued that prosecutors hadn’t properly identified the day the assault took place. She told interviewers only that it had happened over the summer months between college semesters.

Media outlets have also reported that there were problems with witness interviews conducted by one of the lead police detectives handling the investigation, while others said that prosecutors had discovered personal writings by Evans in which she suggested her encounter was consensual.

In a statement, Evans’ lawyer, Carrie Goldberg, said she was disappointed by the DA’s decision to “abandon” her client.

“Let me be clear: the decision to throw away my client’s sexual assault charges says nothing about Weinstein’s guilt or innocence. Nor does it reflect on Lucia’s consistent allegation that she was sexually assaulted with force by Harvey Weinstein,” said Goldberg. “It only speaks volumes about the Manhattan DA’s office and its mishandling of my client’s case.”

Weinstein, who has denied all allegations of non-consensual sex, is still facing charges over allegations that he raped an unidentified woman in his hotel room in 2013 and performed a forcible sex act on another unnamed actress in 2006.

He has pleaded not guilty and is free on $1 million (USD) bail.