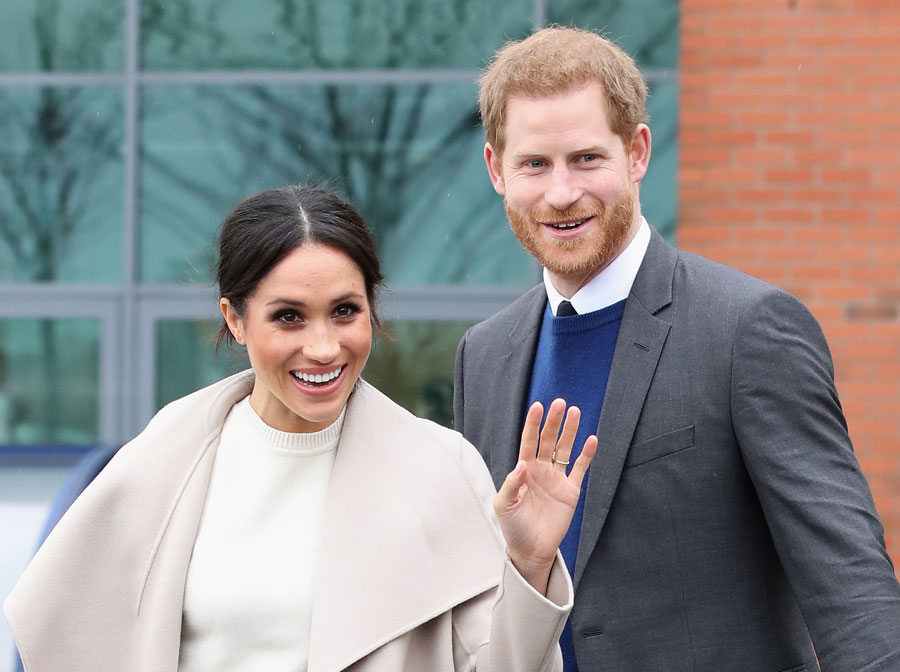 Meghan, Duchess of Sussex and Prince Harry are going to be a family of three!

It’s the royal news we’ve all been waiting for — the couple are indeed expecting their first child together, Kensington Palace confirmed on Monday.

“Their Royal Highnesses have appreciated all of the support they have received from people around the world since their wedding in May and are delighted to be able to share this happy news with the public.”

The exciting news comes only five months after their May 19 nuptials at St. George’s Chapel in Windsor (site of Princess Eugenie’s Royal Wedding this past weekend.) Meghan, 37, and Harry, 34, have been together since July 2016.

Meghan’s mother, Doria Ragland, issued her own statement via Kensington Palace: “Ms. Ragland is very happy about this lovely news and she looks forward to welcoming her first grandchild.”

As of yet, Meghan’s estranged father, Thomas Markle, and half-sister, Samantha, haven’t made any public comments regarding the pregnancy.

Harry’s brother Prince William and the Duchess of Cambridge are said to be “delighted” for the couple — as are Queen Elizabeth, Prince Philip, Prince Charles and Camilla, Duchess of Cornwall, the palace says.

Select members of the Royal Family (the lucky ones who were in-the-know) congratulated the couple privately at Princess Eugenie’s wedding on Friday.

The news comes less than 24 hours after Meghan and Harry touched down in Sydney, Australia for the Invictus Games. I expect we’ll be seeing a lot more of the happy couple this week.