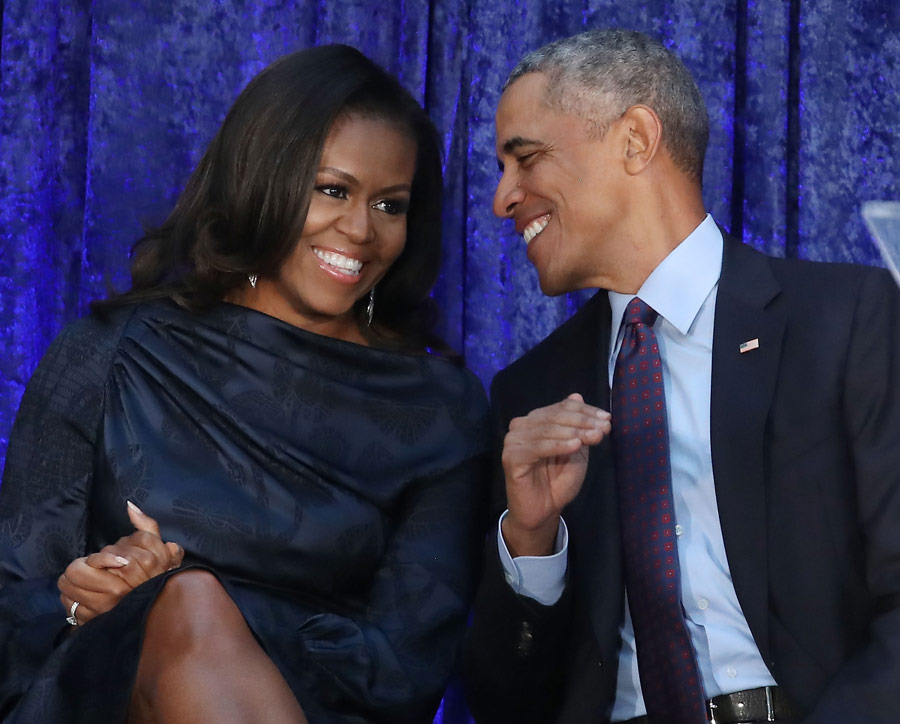 Former U.S. President Barack Obama and his wife, Michelle, will be among the high-profile honourees at the 2018 EBONY Power 100 Gala on Friday. Although the exclusive invitation-only event hosted by Chris Tucker won’t be televised, many politicos and entertainers are applauding the decision to include the former POTUS and FLOTUS in the annual list.

The former Commander-in-Chief is being celebrated for leading the development of the Barack Obama Presidential Library on Chicago’s South Side, while Michelle is being honoured for her book tour promoting her memoir, Becoming. In the bestselling book, Michelle blasted U.S. President Donald Trump for his role in the “birther campaign” against her husband. She wrote: “[Trump] deliberately meant to stir up the wingnuts and kooks” adding that, “Donald Trump, with his loud and reckless innuendos, was putting my family’s safety at risk. And for this, I’d never forgive him.”

The power couple are also in the midst of producing TV shows and films with their Higher Ground Productions partnership with Netflix.

The annual EBONY list, which was announced in October, pays tribute to the most influential leaders from the African-American community in the following categories: Community Crusaders, Disruptors, Entertainment & Arts, Entrepreneurs, Innovators, MVPs, Power Players and Women Up.

For more than 70 years, EBONY has been America’s “go-to” resource for African-American news and entertainment, culminating in the 1971 creation of the “Most Influential Black Americans List” which later evolved into the EBONY Power 100.

“[The] list is comprised of all-star individuals from a variety of backgrounds and disciplines who possess an incredible and innate passion for innovation, culture and community leadership — the same values that have driven the EBONY brand for nearly 75 years,” the publications Media Operations CEO Michael Gibson said in a statement.