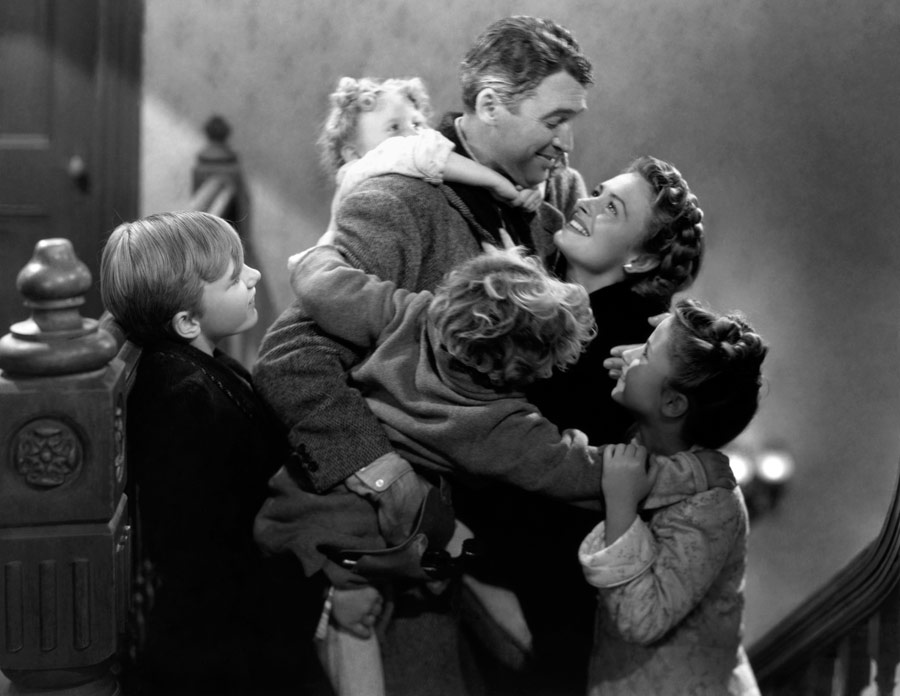 And, in a similar vein to The Bishop’s Wife, there’s the popular 1996 remake, The Preacher’s Wife. This time around, Reverend Henry Biggs (Courtney B. Vance) is the charming pastor of a small struggling Baptist church in a New York City neighborhood. With membership declining and bills piling up, Henry is under pressure from real estate developer Joe Hamilton (Gregory Hines) to sell the church’s assets. As a result, Henry has become neglectful of his wife, Julia (Whitney Houston), and their son. Henry, in a moment of desperation, prays to God for help, which comes in the form of Dudley (Denzel Washington), a witty angel. This charmer, directed by Penny Marshall, was an instant holiday classic.

When it comes to A Christmas Carol, you can take your pick of the litter as to which one is your favourite. (But can anyone really top Alastair Sim in the lead role of the 1951 version? Unlikely.) At last count, there are a whopping 46 screen incarnations of the Charles Dickens classic, be it TV specials, silent movies, short films or big screen adaptations. It’s hard not to love watching Ebenezer Scrooge find love, respect and a renewed purpose in life, just in time for the chiming bells on Christmas morning.

Looking to change it up a little this year? Pair your annual screening of A Christmas Carol with this under-the-radar John Wayne western, set during the holiday season. Loosely based on the story of the Three Wise Men, this John Ford film follows three bank robbers, led by Wayne, as they struggle to safely cross the desert with an orphaned newborn baby whose life they saved. Watching three criminals rally together — and better themselves in the process — to protect the life of an infant is heartwarming to watch. Although this one likely won’t appeal to the kids in your life, Remember the Night also involves the silly antics of robbers and shoplifters — albeit a little less villainous than the Home Alone goons. Just before Christmas, Lee Leander (Barbara Stanwyck) is charged with her third shoplifting offense. Since it’s difficult to set a trial date around Christmastime, her lawyer (Fred MacMurray) shows some sympathy for her plight and arranges for her bail and takes her home to his family for the holidays. Inevitably, love soon follows.