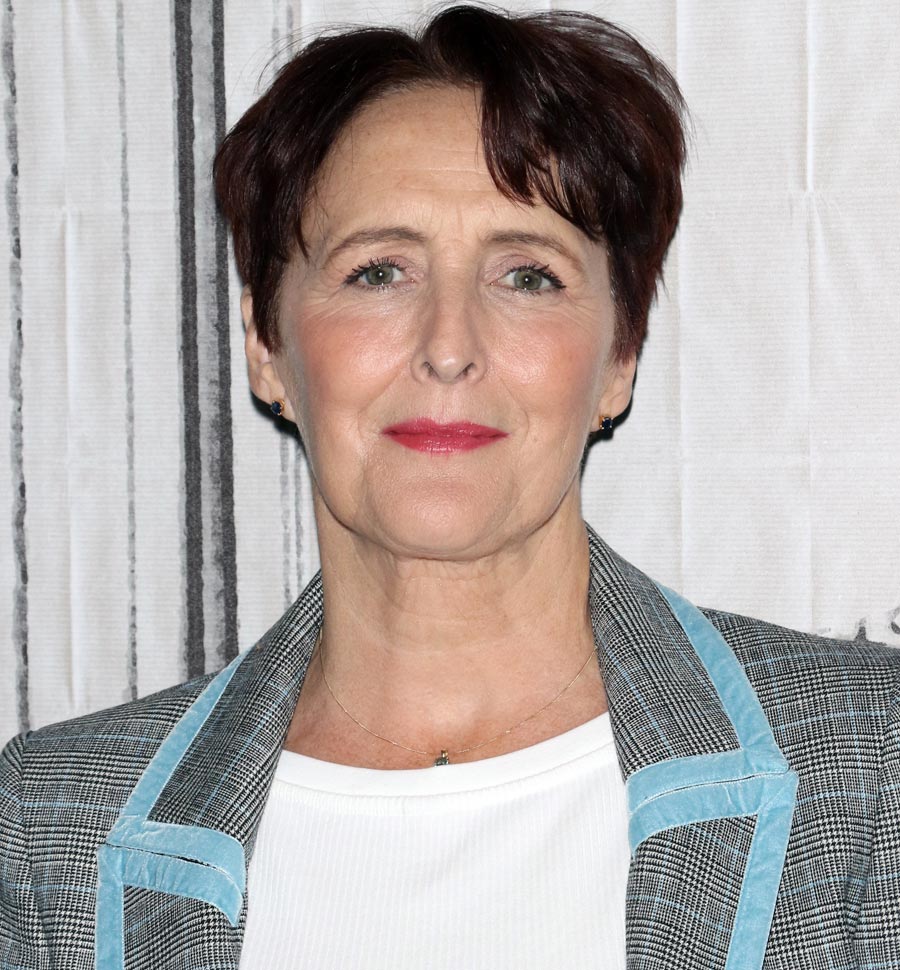 With the second season of the popular series Killing Eve starting on Crave TV on June 7, Fiona Shaw talked to the Telegraph, about her life, career and finding love at age 60.

Shaw stars as Carolyn Martens, the head of Russia at M16 and the boss of Eve, played brilliantly by Canada’s Sandra Oh.

Shaw herself has been called the edgy show’s “secret weapon” by the British newspaper which describes her character as “arch, deadpan, erudite, severe. But she has a tipsy flirtatious side, and a hidden messy streak. She’s oblique – and the viewer doesn’t know how much she knows, or whether or not to trust her. Nor does Eve…”

“Fiona’s cleverness and wit are built into the fabric of who Carolyn is,” show writer Emerald

Fennel told the Telegraph. “She is unbelievably brilliant, funny, and scarily clever.”

She’s also a consummate actress who spent 30 years on the British stage before becoming known worldwide as Aunt Petunia in the Harry Potter films.

Shaw’s small screen role may be as demanding as any of the great stage characters she’s played, including Medea, Mother Courage, Electra, Hedda Gabler and Richard II.

She’s compared playing Carolyn to keeping a secret at the same time as delivering a line, reports the Telegraph. “It’s not easy to do. I have to say I do lose sleep over it … Normally I have to expose the truth…In Killing Eve, most of my work is about knowing more than everybody else in the scene and hiding it. And it’s a terribly lonely thing to do. It feels all wrong –- like rubbing my tummy and patting my head at the same time.”

Shaw grew up in a well-to-do family in Ireland where her father was a surgeon and her mother was a physicist. Her mother, who is 93, still lives in the home where Shaw grew up, and drives and plays tennis. When Shaw goes back home she sleeps in her old bedroom.

Shaw shares homes in London and New York with her wife, Sonali Deraniyagala, a Sri Lankan economist who teaches at Columbia University.

Deraniyagala lost her husband, parents and two young sons in the 2004 tsunami. For years, reports the Telegraph, “Deraniyagala lived in a haze of madness and grief.

“In 2013, she wrote an extraordinary memoir, Wave, which won several awards and had some remarkable reviews.”

Shaw met her in New York after reading her book.

“We spent half an hour chatting. When I left I thought, I have just met life.”

They met again in London and, Shaw told the Telegraph, ‘Very quickly I thought, I just want to live with this person, and it’s been one of the most marvellous things to happen. It was deeper than anything. And thankfully, she thought the same – it’s been a beautiful thing to happen at this stage of my life.”

They married in January 2018.  ((Shaw had previous relationships with stage director Deborah Warner and with actress Saffron Burrows.)

She says about her wedding, “It was fantastic. Half of Sri Lanka came  – everyone was wearing saris and looking gorgeous. My mother played the piano and sang, which was quite hilarious, and we had a band and dancing, a very late party.”

Were there no raised eyebrows at the fact that Shaw was marrying a woman? wondered the Telegraph. “More than raised. But it’s fine – the world is changing fast. My mother was very good about it and also very impressed by who Sonali is.”