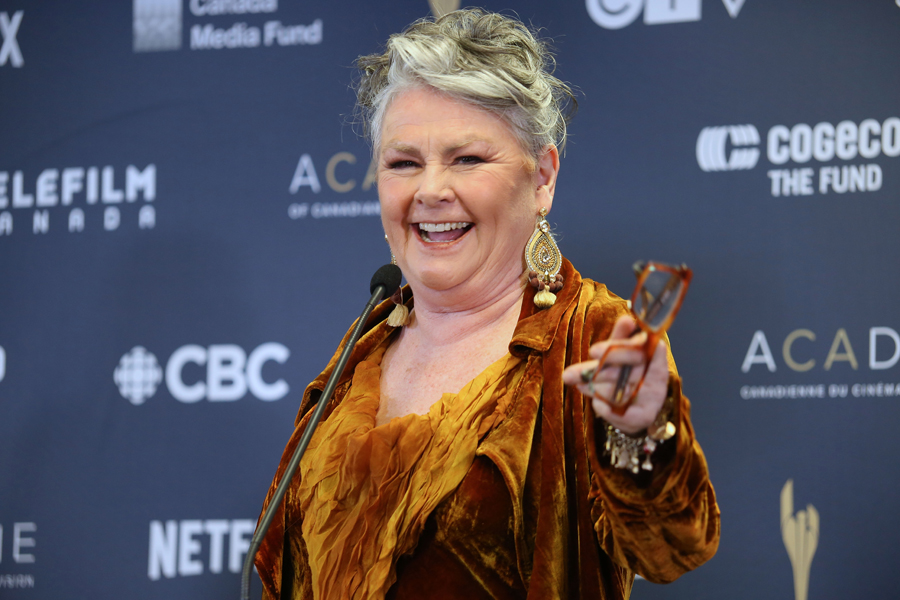 Click the player above to listen to our Ages & Icons interview with Mary Walsh.

Canadian comedy legend Mary Walsh is coming to ideacity. The 67-year-old CODCO alum, who created and co-starred on This Hour Has 22 Minutes — appearing most famously as political reporter Marg Delahunty, taking Prime Ministers and other politicos to task in hilarious fashion — joins the conference during its 20th anniversary year to discuss redefining how we think about aging.

“It is a difficult job, in many ways, being a woman in comedy, and then to be an old woman in comedy, it’s an almost impossible job,” Walsh, who appears at ideacity on Friday, June 21, quipped during a March taping of the Zoomer podcast Ages & Icons (which you can listen to on the audio player above). The Order of Canada winner coined the term “wrinkled radicals” and described the power she believes the boomer generation wields as they reach their senior years.

“I think that things are different because … maybe when we failed at changing the world back in the 60s, 70s really, [but] maybe now we can get out there and bring about that new Jerusalem, that shining city on the hill that we dreamt about then because we don’t have anything to lose anymore,” Walsh said. “What are they gonna do? Kill us? Well, we’re on our way out anyway.”

Using the term “wrinkled radicals” to describe women in their third act of life, Walsh is on a personal crusade, both personally and professionally, to redefine the boundaries of what can be accomplished by people in their 60s, 70s, 80s and beyond. In fact, in the past she’s stated that, “The greyer the world gets, the brighter it becomes.” And she believes it wholeheartedly.

“They say that there’s a U-bend in human happiness toward a much happier old age. And that is, whatever your physical ailments are, whatever your monetary situation is … most of us will go through a happier old age. What good news! Come on!” she told Ages & Icons. “When you stop being, or stop wanting to be, the object of somebody else’s desire, you start being allowed to be the subject of your own life. So I feel much better inside myself. Even when things go wrong outside — and many, many things do, of course, because I’m alive in the world and that’s what the world’s like — I still have a kind of centre that you get as you get older. And it’s such a gift … It is so sweet to be at that place.”

Catch Mary Walsh’s appearance at ideacity 2019 by purchasing tickets here, or watching her talk on redefining how we think about aging on the ideacity live stream available on the EverythingZoomer.com homepage.