Peter Fonda: How the Easy Rider Defined His Place in His Family Dynasty 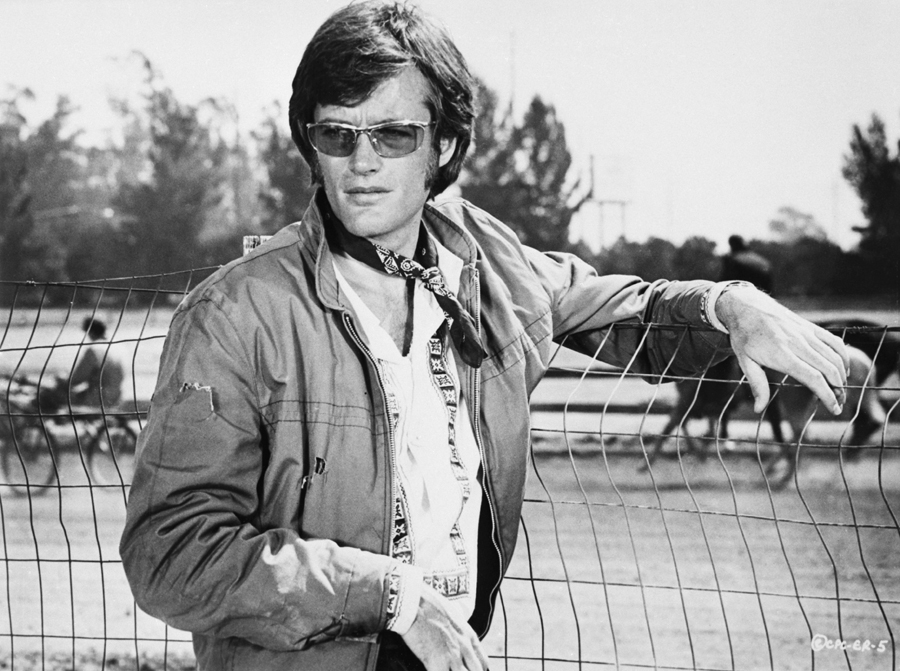 Peter Fonda in a scene from "Easy Rider." Photo: Bettmann/Contributor via Getty Images

I had one lengthy interview with Peter Fonda in my life — in 1997 when he made the movie Ulee’s Gold — and it was like two generational experiences at once.

In my mind, the actor — who died Friday from lung cancer at the age of 79 — was still Wyatt, his character in Easy Rider, looking for America atop a “chopped” Harley-Davidson with his wingman Billy (the late Dennis Hopper).

He was still playing that role sartorially at 57, dressed in t-shirt, denim jacket, jeans and boots. And he’d just done a photo shoot where somebody yelled out, “Hey, Easy Rider!” But I’d just seen him in a movie where he played a grizzled, laconic Vietnam veteran turned Florida beekeeper, at peace with the world but forced to defend his land and family from criminal interlopers. And I was suddenly seeing the face of Peter’s dad Henry Fonda —the face of Wartime America.

“Hank,” along with his best friend Jimmy Stewart, were the actors that every subsequent Everyman actor, most notably Tom Hanks, would be compared to. Peter Fonda, who’d carved an oppositional career as a complex anti-hero, wasn’t avoiding the comparison.

“As I’ve gotten older, people are saying, ‘God, you look like your dad!’” he said in the interview I conducted for the Toronto Sun. “My physical quality, my bone structure is almost exactly the same, all the way down to my deviated septum.”

In a way, the Fondas were a snapshot of our generation, the offspring — Peter and his more famous sister Jane — trying to carve an identity under the shadow of a patriarch from “the Greatest Generation.” The relationship could be contentious. And though they became actors like their dad, the tone and image they adopted moved pointedly — maybe rebelliously — in the opposite direction.

Married to the activist Tom Hayden, Jane was nicknamed “Hanoi Jane” by the right for her opposition to the Vietnam War and the acceptance of invitation by the North Vietnam government to visit.

And Peter? Though he never again lit the zeitgeist like he did as Easy Rider’s Wyatt, he would always wear the badge of counter-culture rebellion.

As we spoke, Peter was in the process of building posthumous bridges. (Henry Fonda died in 1982). He was talking about his father a lot, having just written an autobiography entitled Don’t Tell Dad. And Ulee’s Gold, while not a deliberate attempt to turn into his father, was a kind of smooth homage. It earned him an Oscar nomination for Best Actor (one of two Academy Award nods in his life, the other being a writing nomination for Easy Rider, which he shared with Hopper and the writer Terry Southern).

It turned out Henry had even been an amateur beekeeper — like Peter’s Ulee’s Gold character — in Bel Air, California, during Peter’s childhood. The younger Fonda remembered his dad’s move from Nebraska warmly as, “The Bel Air Hillbillies,” loading his finely landscaped lawn with manure and other agricultural accoutrements.

Perhaps the biggest tangible divide between the Fonda’s generations was that Henry’s was the era of the male archetype being “strong and silent.” Peter could attest to that, and did with a funny story about his dad and Jimmy Stewart assembling a gas-powered model plane together. Stewart would stutter to “Hank” about which numbered part would go into another. Hank would grunt his agreement, and they’d work in convivial silence for another 20 minutes.

Peter’s story ended with the plane sailing out over the Pacific Ocean, never to be seen again, and a grinning Henry Fonda in the car later, repeatedly asking, “Did’ja see that, boy? Did’ja see that?”

At the time of the interview, Peter was arguably the fourth most famous Fonda, with his daughter Bridget enjoying a career flashpoint in films like Single White Female, Singles, The Godfather III and Jackie Brown. (She retired from acting in 2002 and is married to film composer Danny Elfman).

“When people come up to me get that look like they know you and ask who you are, I usually say, ‘I’m Bridget Fonda’s father.’” he said.

The motivation for the descriptor was, “all the years I had to be Henry Fonda’s son.” Other than being biologically accurate, he said, “it’s not who I am.

“But I know who Bridget Fonda’s father is, and I love being him.”

Woodstock at 50: Reflecting on the Festival’s Legacy